Skip to content
Home What is What is Quantum Computing and Why is it Raising Privacy Concerns?

Quantum computing has remained on the cusp of a technology revolution for the better part of the last decade. However, the promised breakthrough still doesn’t seem any closer than it was a few years ago. Meanwhile, even as the investments keep flowing in, experts are raising uncomfortable questions about whether it represents the end of online privacy as we know it. So what is quantum computing, how does it differ from traditional computers, and why are researchers ringing the alarm bell about it? We will try to answer all those questions today.

What Is Quantum Computing and How it Threatens Cybersecurity

While present-day quantum computers have given us a glimpse of what the technology is capable of, it has still not reached anywhere near its peak potential. Still, it is the promise of unbridled power that is raising the hackles of cybersecurity professionals. Today, we’ll learn more about those concerns and the steps being taken by researchers to address them. So without further ado, let’s check out what are quantum computers, how they work, and what researchers are doing to ensure that they won’t be the security nightmares.

What is Quantum Computing?

Quantum computers are machines that use the properties of quantum mechanics, like superposition and entanglement, to solve complex problems. They typically deliver massive amounts of processing power that’s an order of magnitude higher than even the biggest and most powerful modern supercomputers. This allows them to solve certain computational problems, such as integer factorization, substantially faster than regular computers.

Introduced in 2019, Google’s 53 qubit Sycamore processor is said to have achieved quantum supremacy, pushing the boundaries of what the technology can do. It can reportedly do in three minutes what a classical computer would take around 10,000 years to complete. While this promises great strides for researchers in many fields, it has also raised uncomfortable questions about privacy that scientists are now scrambling to address. 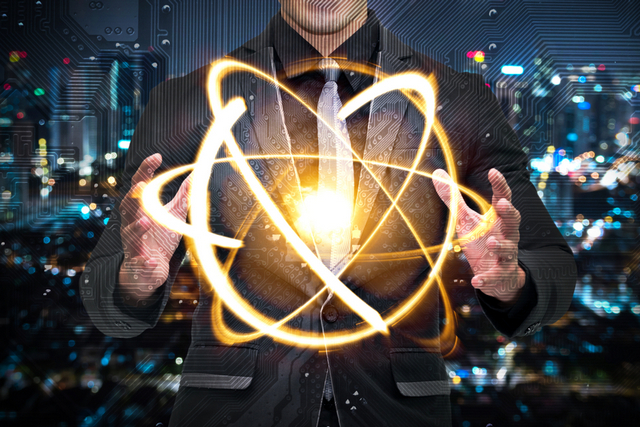 The first and biggest difference between quantum computers and traditional computers is in the way they encode information. While the latter encode information in binary ‘bits’ that can either be 0s or 1s, in quantum computers, the basic unit of memory is a quantum bit, or ‘qubit’, whose value can be either ‘1’ or ‘0’, or ‘1 AND 0’ simultaneously. This is done by ‘superposition’ – the fundamental principle of quantum mechanics that describes how quantum particles can travel in time, exist in multiple places at once, and even teleport.

Superposition allows two qubits to represent four scenarios at the same time instead of analyzing a ‘1’ or a ‘0’ sequentially. The ability to take on multiple values at the same time is the primary reason why qubits significantly reduce the time taken to crunch a data set or perform complex computations. 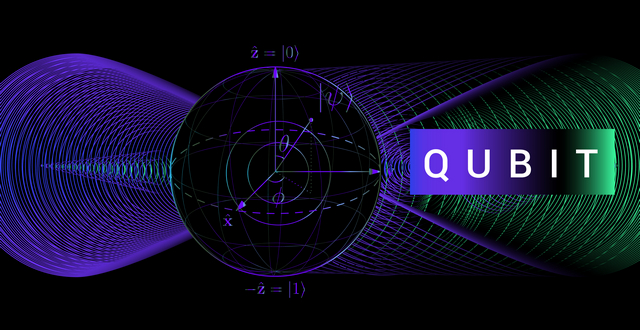 Basically, they are relatively simple machines when compared to traditional computers, but can still offer oodles of power that can be harnessed to solve very specific problems. With quantum computers, researchers typically use algorithms (mathematical models that also work on classical computers) that can provide solutions to linear problems. However, these machines are not as versatile as conventional computers and are not suitable for day-to-day tasks.

Quantum computing is still not the matured product that some believed it will be by the end of the last decade. However, it still offers some fascinating use cases, especially for programs that admit a polynomial quantum speedup. The best example of that is unstructured search, which involves finding a specific item in a database.

Many also believe that one of the biggest use cases of quantum computing will be quantum simulation, which is difficult to study in the laboratory and impossible to model with a supercomputer. This should, in theory, help advancements in both chemistry and nanotechnology, although, the technology itself is still not quite ready.

All three cryptographic algorithms mentioned above are believed to be computationally infeasible with traditional supercomputers and, are typically used to encrypt secure web pages, encrypted email, and other types of data. However, that changes with quantum computers, which can, in theory, solve all these complex problems by using Shor’s algorithm, essentially rendering modern encryption insufficient in the face of possible attacks.

The fact that quantum computers can break all traditional digital encryption, could have significant consequences on electronic privacy and security of citizens, governments and businesses. A quantum computer could efficiently crack a 3,072-bit RSA key, a 128-bit AES key, or a 256-bit elliptic curve key, as it can easily find their factors by essentially reducing them to only 26-bits.

While a 128-bit key is virtually impossible to crack within a feasible timeframe even by the the most powerful supercomputers, a 26-bit key could be easily cracked using a regular home PC. What that means is that all encryption used by banks, hospitals and government agencies will be reduced to nought if malicious actors, including rogue nation states, can built quantum computers that are large enough and stable enough to support their nefarious plans. 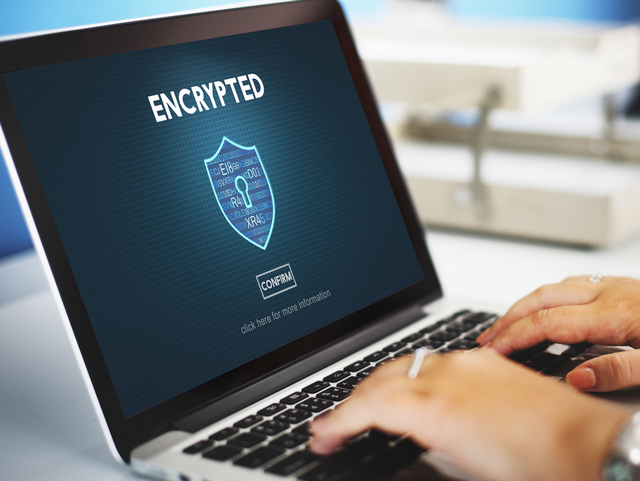 However, it’s not all doom and gloom for global digital security. Existing quantum computers lack the processing power to break any real cryptographic algorithm, so your banking details are still safe from brute force attacks for now. What’s more, the same ability that can potentially decimate all modern public key cryptography is also being harnessed by scientists to create new, hack-proof ‘post-quantum cryptography’ that could potentially change the landscape of data security in the coming years.

For now, many well-known public-key encryption algorithms are already believed to be secured against attacks by quantum computers. That include IEEE Std 1363.1 and OASIS KMIP, both of which already describe quantum-safe algorithms. Organizations can also avoid potential attacks from quantum computers by switching to AES-256, which offers an adequate level of security against quantum computers.

In spite of its massive potential, quantum computers have remained a ‘next-gen’ technology for decades without transitioning into a viable solution for general usage. There are multiple reasons for it, and addressing most of them has thus far proved to be beyond modern technology.

Firstly, most quantum computers can only operate at a temperature of -273 °C (-459 °F), a fraction of a degree above absolute zero (0 degree Kelvin). As if that’s not enough, it requires nearly zero atmospheric pressure and need to be isolated from the Earth’s magnetic field. 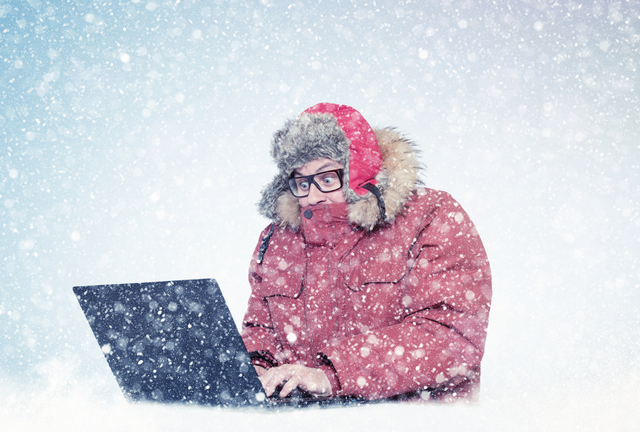 While attaining those unworldly temperatures itself is a massive challenge, it also presents another problem. The electronic components required to control the qubits don’t work under such chilly conditions, and have to be kept in a warmer location. Connecting them with temperature-proof wiring works for rudimentary quantum chips in use today, but as the technology evolves, the complexity of the wiring is expected to become a massive challenge.

All things considered, scientists will have to find a way to get quantum computers to work at more reasonable temperatures to scale the technology for commercial use. Thankfully, physicists are already working on that, and last year, two sets of researchers from the University of New South Wales in Australia and QuTech in Delft, the Netherlands, published papers claiming to have created silicon-based quantum computers that work at a full degree above absolute zero.

It doesn’t sound much to the rest of us, but it is being hailed as a major breakthrough by quantum physicists, who believe that it could potentially herald a new era in the technology. That’s because the (slightly) warmer temperature would allow the qubits and electronics to be joined together like traditional integrated circuits, potentially making them more powerful.

Powerful Quantum Computers You Should Know About

Alongside the 53-qubit Sycamore processor mentioned earlier, Google also showcased a gate-based quantum processor called ‘Bristlecone’ at the annual American Physical Society meeting in Los Angeles back in 2018. The company believes that the chip is capable of finally bringing the power of quantum computing to the mainstream by solving ‘real-world problems’.

IBM also unveiled its first quantum computer, the Q, in 2019, with the promise of enabling ‘universal quantum computers’ that could operate outside the research lab for the first time. Described as the world’s first integrated quantum computing system for commercial use, it is designed to solve problems beyond the reach of classical computers in areas such as financial services, pharmaceuticals and artificial intelligence.

Honeywell International has also announced it own quantum computer. The company announced last June that it has created the ‘world’s most powerful quantum computer’. With a quantum volume of 64, the Honeywell quantum computer is said to be twice as powerful as its nearest competitor, which could bring the technology out of laboratories to solve real-world computational problems that are impractical to solve with traditional computers.

Quantum Computing: The Dawn of a New Era or a Threat to Digital Privacy?

The difference between quantum computers and traditional computers is so massive that the former may not replace the latter any time soon. However, with proper error correction and better energy efficiency, we could hopefully see more ubiquitous use of quantum computers going forward. And when that happens, it will be interesting to see whether it will spell the end of digital security as we know it or usher in a new dawn in digital cryptography.

So, do you expect quantum computers to become (relatively) more ubiquitous any time soon? Or is it destined to remain experimental in the foreseeable future? Let us know in the comments down below. Also, if you want to learn more about encryption and cryptography, check out our linked articles below:

India Plans to Build a Quantum Computer in 4-5 Years