Regardless of whether they are used at workplace, or at home, We use our computers for storing a whole lot of private and confidential information. From important business reports to those invaluable family vacation photos, just about everything is stashed on our computers’ hard disks. So it’s extremely important to ensure that this information is secured against any and all unauthorized access.

And that’s exactly what disk encryption software help you do. Utilizing everything from randomized keyfiles to industry standard encryption algorithms, these applications provide your data the privacy it deserves. Can’t wait to know more? Here’s a listing of the 7 best encryption software for Windows. 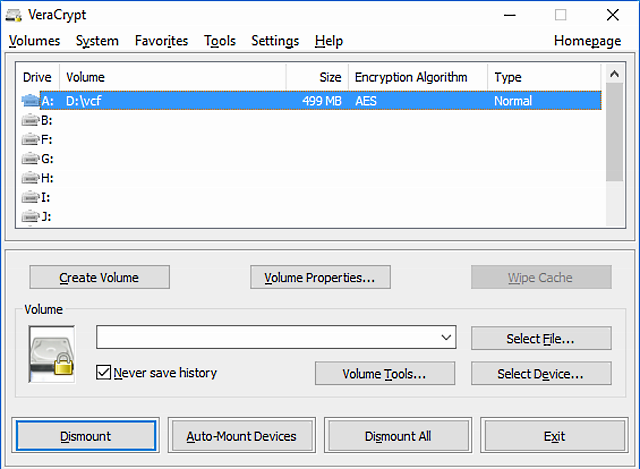 Based on TrueCrypt, the hugely popular (but now defunct) encryption program, VeraCrypt provides top grade encryption for your data. It essentially works by creating password protected encrypted volumes, but can also encrypt entire disk partitions, including the system partition, and even the entire hard drive.

To start off, you specify the details regarding the encrypted volume to be created, such as volume size, save location, as well as the encryption and hashing algorithms to be used. For additional security, you can specify a password, as well as a keyfile (any random file of your choice that acts as an additional authenticator). Once an encrypted volume has been created, it must be always mounted first (on any of the available mount points) through VeraCrypt, after supplying the password and keyfile (if used), in order to access the data stored on it. Any data moved/copied to an encrypted volume is automatically encrypted as well. VeraCrypt (as of the latest tested version 1.16) supports industry standard encryption algorithms, such as AES, Serpent, Twofish, and can even employ more than one of them in cascading mode. 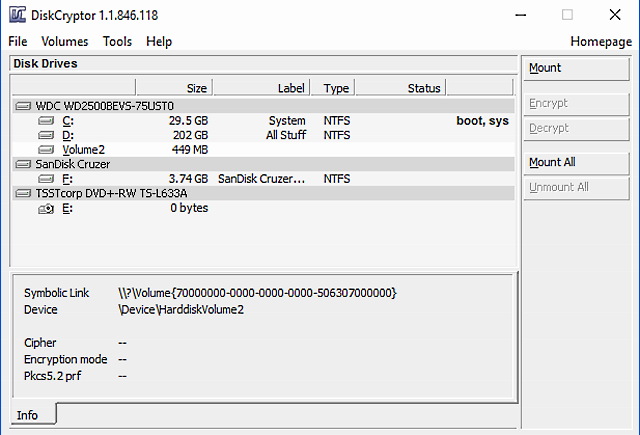 Looking for a robust and feature laden disk encryption program? Look no further than DiskCryptor. Having a lean and easy to understand UI, DiskCryptor makes encrypting all your important data a breeze. At the core, DiskCryptor’s working is essentially similar to the previously discussed VeraCrypt. However, DiskCryptor can only encrypt existing disk volumes, and not create new ones.

Getting started is as simple as choosing the disk volume that you want to encrypt. After that, the application asks you to specify additional settings, such as encryption algorithms, as well as a user configured password and keyfile for added security. Once the encrypted volume has been created, it can be accessed/modified by mounting it on one of the available mount points. DiskCryptor fully supports encryption algorithms such as AES, Twofish, Serpent, and can use them in conjunction with each other too. In addition to that, DiskCryptor can encrypt optical discs, and even the system bootloader.

Platform Availability: Windows 2000 and above (Desktop) 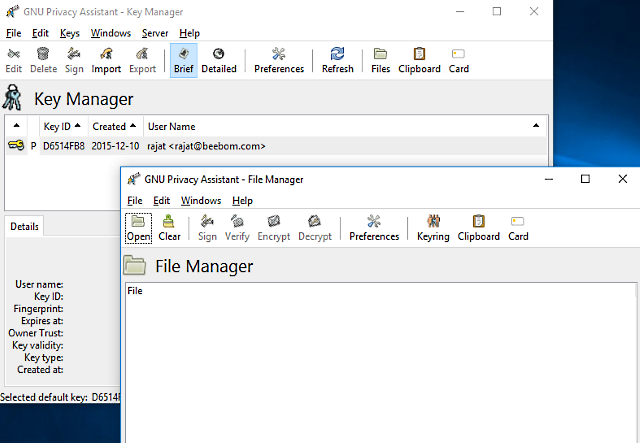 It’s not exactly the most straightforward thing to use, but once you get a hang of Gpg4win, you’re going to love the truckload of options this powerhouse encryption software offers. Essentially, Gpg4win is just a Windows based graphical front end for the GnuPG implementation of the OpenPGP encryption standard, which lets you secure not just your data, but also email, and then some more. However, for the sake of simplicity, this discussion focuses on just the file encryption part.

To get started, install Gpg4win, making sure to choose to install the GPA (GNU Privacy Asistant) sub-module during the setup. When you run Gpg4win’s GNU Privacy Assistant, you’re required to create a unique secure key, which itself is created by hashing information such as your name, email, as well as a password. Once created, this key can be used for encrypting files and folders, as well as for digitally signing email messages. Encrypting files is simple, and can be done via the File Manager sub-module (Accessible via Windows > File Manager) of GNU Privacy Assistant. All you have to do is select the file(s) to be encrypted, select the encryption key just created, and Gpg4Win will encrypt the specified files using the OpenPGP standard.

Note: The above discussed Gpg4Win is just one of the many front ends available for GnuPG, and these let you implement GnuPG in everything from chat programs to scripts. Check them all here. 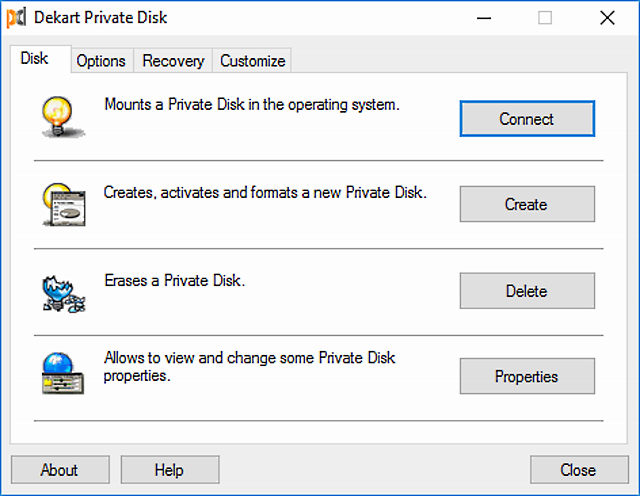 Simple and easy to use, Dekart Private Disk is a solid application that can take care of all your data encryption needs. It works on the trusted encrypted volume concept, but also throws in some extra goodies into the mix. Once you install and run the program, you can access pretty much every function of it via a singluar tabbed window, so things get real easy.

The basic working involves creating encrypted volumes (called Private Disks), which are encrypted using the AES-256 algorithm, and further secured using user specified passwords. However, what really sets Dekart Private Disk apart is its Disk Firewall feature. Basically, it prevents unauthorized programs from accessing the encrypted volumes (as well as the data stored on them), allowing only the programs whitelisted by the user to go through. Other goodies include encrypted backups, secure wiping of encrypted data, and the ability to recover encryption keys from password protected backups. 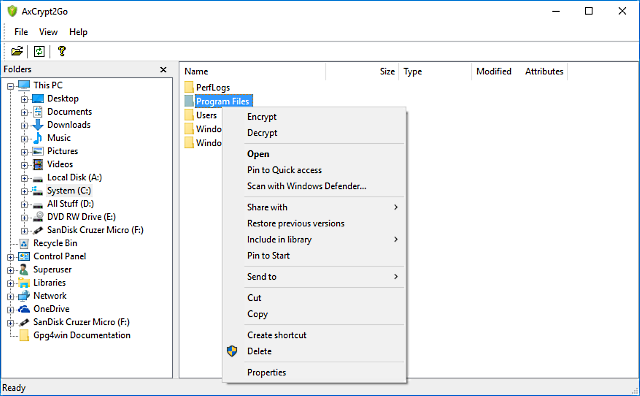 Even though applications like VeraCrypt are incredible with their encrypted volumes and other fifty thousand features, there are users who don’t really need all of that, and are just looking for a something simple that can encrypt their files and folders. If you’re among the lot, you’re going to love AxCrypt. Arguably the easiest to use encryption encryption software out there, AxCrypt can be used by just about everyone.

The UI consists of just one window having two columns. The left column lists the drives and files on your computer, arranged in the familiar tree like structure, and lets you easily browse to the files/folders you need to encrypt. Once you’re there, right click on the file/folder, and select the Encrypt option. After that, specify the encryption password, an optional keyfile, and you’re done. The decryption process is essentially identical, except that you have to select the Decrypt option from the context menu. AxCrypt employs the industry accepted AES encryption algorithm, and also includes features like auto-encryption of modified files, passphrase caching, and stuff like that. What’s more, it can also be used as a portable application.

Note: The standard installer of AxCrypt includes some bundled third-party applications. However, these can be easily skipped during installation. 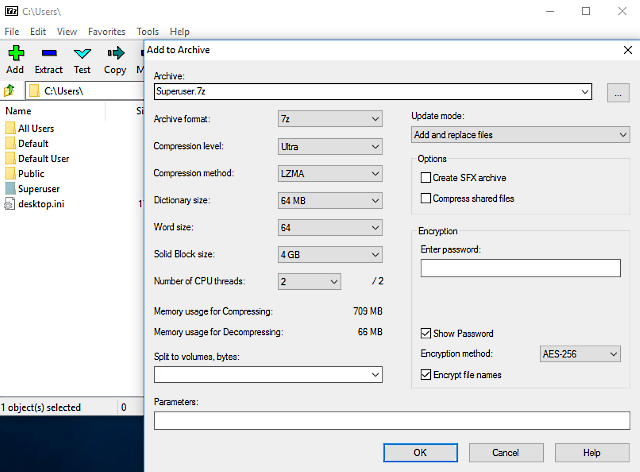 You may know 7-Zip as the tiny yet powerful free archival program that supports a ridiculous number of formats, but it also has some sweet encryption goodness built into it, and that makes it all the way more awesome. Essentially, 7-Zip can be used to create password protected archives, which are further secured with the AES-256 encryption standard.

Doing this is a cakewalk. Simply launch 7-Zip, and add the files/folders you want to encrypt to a new archive (Note that only 7z and zip formats support encryption). After specifying the necessary parameters (e.g. compression method, volume splitting), and of course the encryption password and method (defaulted to AES-256, the only available option), hit the OK button. That’s it. Can’t get any easier than that, right? 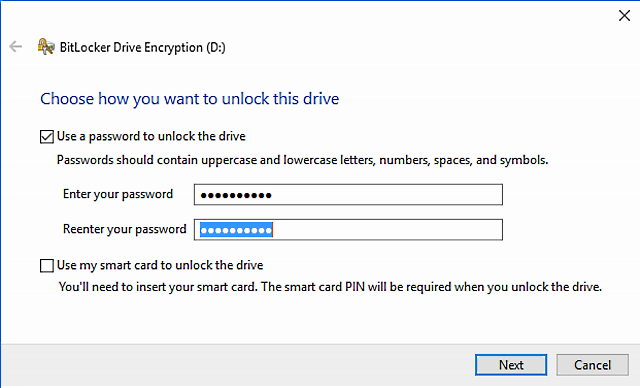 Want solid encryption features but don’t want to bother installing yet another application for that? Not a problem, as BitLocker has you covered. Built right into (some of) the latest versions of Windows, BitLocker Drive Encryption lets you protect entire disk volumes in a few clicks. It utilizes the AES encryption algorithm, in conjunction with the Trusted Platform Module (TPM) specification to encrypt disk volumes.

BitLocker Drive Encryption can be enabled for individual drives via its namesake Control Panel applet. The encrypted disk is secured via a user specified password, which can be saved to numerous locations (e.g. USB drive, Microsoft account), or even printed. This password also acts as the recovery/authentication key if the encrypted drive is moved to another system, in order to establish data integrity. And using the BitLocker To Go option, you can even encrypt USB flash drives.

In addition to the encryption solutions discussed above, there are also numerous other professional grade encryption applications available, such as Sophos SafeGuard Encryption and Symantec Endpoint Encryption that you can check out. However, these applications are primarily geared towards enterprises, and as such, even getting a trial version of them generally requires you to furnish detailed company information.

All set to encrypt your data?

Encrypting data is an efficient way of securing it against unauthorized access, and the applications discussed above are perfect for that. If you’re looking for industrial grade full volume encryption, go for VeraCrypt or Dekart Private Disk. Want something simple for your basic file encryption needs? AxCrypt and 7-Zip will serve you just fine. Know of any other encryption solution(s) that could’ve made it to our list of best encryption software? Feel free to mention in the comments below.

Samsung Electronics to Make Its Own Foldable Glass Without Samsung Display 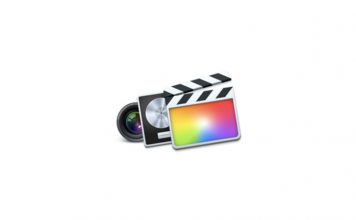 Unless you're a video editor, or someone who works with video editors quite often, you probably don't know what ProRes RAW is. Simply put,...
Akshay Gangwar - Mar 31, 2020 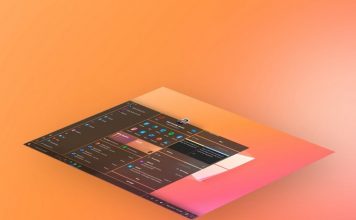 Hey Windows users, do you think the Windows 10 design looks good? If yes, I'd recommend you to not watch this Windows concept video....
Beebom Staff - Mar 10, 2020 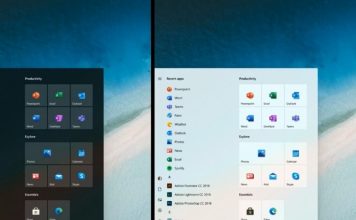 Recently, Microsoft kind of announced the death of "Live Tiles", a feature that was introduced in the Windows Phone platform and later brought to...
Beebom Staff - Mar 8, 2020 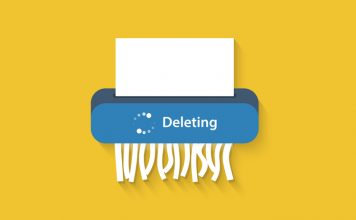 How to Securely Delete Files on Windows 10

In times when you need to delete sensitive information like your IDs, important office or personal documents that are stored in your computer or...
Beebom Staff - Feb 23, 2020 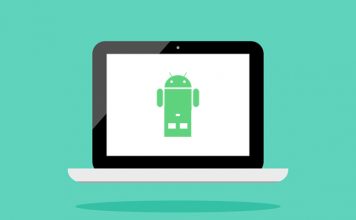 How to Install ADB on Windows, macOS, Linux, and Chrome OS

Android Debugging Bridge (ADB), as the name suggests, is a command-line utility that allows developers to debug various parts of their applications. However, it...
Arjun Sha - Feb 15, 2020