Bitcoin’s astronomical growth over the past year has brought with it regulatory scrutiny from authorities around the world. However, even as the Chinese authorities are cracking down on cryptocurrency trading in the country, regulators and high-ranking government officials in South Korea and India have expressed their unease about the technology in no uncertain terms. After initial confusion, however, the governments of both countries have announced that they are not actually looking to de-legitimize Bitcoin and other Blockchain-based technologies, but only looking to bring them under stricter regulatory overview. That being the case, if you are in India and have already invested in Bitcoin, there are several ways it can be spend to buy goods and services in the country, and the list is seemingly growing by the day. So if you’re interested in being a part of the Bitcoin revolution, here are just some of the ways you can spend your digital riches in India:

Things You Can Buy Using Bitcoins in India

1. Shop on Amazon.in via Purse

Sounds too good to be true, but it really isn’t. You can actually shop on Amazon.in with your Bitcoins, albeit in a slightly roundabout way. While Amazon doesn’t accept Bitcoins directly, you can use a service called Purse to convert your e-monies to Amazon gift cards that can then be used to buy products on the e-commerce platform. You can also use Purse’s ‘Name your Discount’ program to get yourself a neat discount on your Amazon gift card more often than not as many people often look to offload their Amazon gift cards for liquid cash.

Overstock was one of the very first consumer-facing companies to start accepting Bitcoins after tying up with Coinbase back in 2014. You can buy thousands of items on Overstock with Bitcoins, including coffee machines to engagement rigs and power tools to bed linen and everything in between. Overstock ships to India, so you have access to pretty much most of the site’s product catalog if you’re looking to pay via the digital currency.

3. Games, Movies and Apps at Windows and Xbox Store

Microsoft is one of the biggest companies in the world to accept Bitcoins as a valid means of payment. You can use the digital currency to pay for your Windows 10 or MS Office software from the Windows Store of buy any of the 1,300+ games available on the Xbox Store. But while you can use Bitcoin to purchase games, movies and apps, you cannot use it funds to purchase items in the Microsoft online store.

If you’re looking to start a blog or looking to renew your existing domain, there are quite a few domain name registrars and web hosts that offer you the option to pay via Bitcoins. While Namecheap is one of the more popular names on the list, Hostinger, HostWinds, Host1Plus and many others also accept Bitcoin payments for web hosting services.

Sapna Online is a Bangalore-based book retailer that advertises itself as ‘India’s Largest Online Book Mall’. It offers over 10 Million Titles across various languages and genres. The site also offers over 10,000 audio books alongside electronics, electronic accessories, toys and health care products. And yes, you can buy everything on Sapna Online with Bitcoin.

Not everybody knows of Nafa.in but it is great way to buy or sell gift cards online. If you’re looking to save a few bucks on your next purchase, you are very likely to find something here. It starts with usual suspects like, Amazon, Flipkart, Myntra and BookMyShow, but you can also find gift vouchers from PVR Cinemas, Pizza Hut, Nike, Hidesign, Fastrack, Shoppers’ Stop and others, all at 20 -30% discounts if not more.

Mobile recharges are among the most-popular things to do via mainstream mobile wallets like PayTM and Mobikwik, so why not extend the idea to Bitcoin wallets, right? That’s exactly what India-based Bitcoin trading platforms like Unocoin and Zebpay are doing. They are two of the several India-based cryptocurrency wallets to offer mobile recharges for prepaid numbers and bill payments for postpaid ones, so if your allotted data is running out and you have some Bitcoin fractions lying in your Unocoin or Zebpay wallets, you can easily get a top up on the go using Bitcoins.

It sounds like fiction, but there are actually multiple standalone restaurants and pizzarias in India that accept Bitcoins as valid means of payment. Among them is Kolonial, a vintage-themed pizza outlet in the posh Worli area of Mumbai that created history of sorts by becoming the first restaurant in India to accept Bitcoins way back in December 2013. If you live in Bangalore and like your Vada Pav, you’ll also be happy to know that a family-owned Maharashtrian eatery in Indiranagar called Suryavanshi also allows patrons to pay via Bitcoins.

While conspicuous consumption is de-rigueur in the entrenched capitalist society we live in, the importance of giving back to those in need and those who’re helping make the world a better place can never be overstated. So in case you’re looking to lend a helping hand to the deserving, you can donate to whole bunch of projects and charities that accept cryptocurrencies as donations.

Note: Until earlier this year, online fashion retailer Cyankart was said to have been accepting Bitcoins, but we couldn’t independently verify whether the site still accepts digital currency. Same is the case with Dharwad International School in Karnataka that was said to be accepting Bitcoins for its annual fees, but we couldn’t find any mention of that on the school’s official website.

Buy Goods and Services in India With Bitcoins

It may take cryptocurrencies a bit longer to become mainstream, but with more and more business establishments already joining the Bitcoin gold rush, you don’t have to worry about how to spend your e-cash. So go ahead and splurge your digital monies on some of the stuff mentioned above and once you’re done, do remember to drop in a word about what it is that you spend your invaluable Bitcoins on, because we love hearing from you. 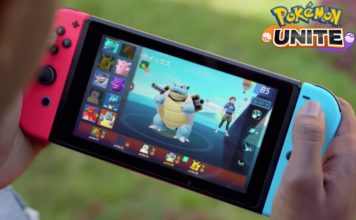 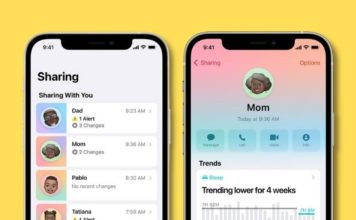 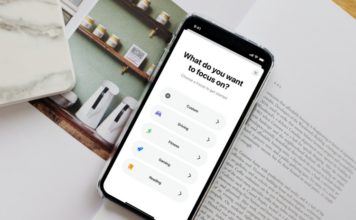 With never-ending alerts and frequent phone calls, it becomes hard to concentrate and focus on the task at hand. While iOS already offered ways...
Rajesh Mishra - Jun 21, 2021