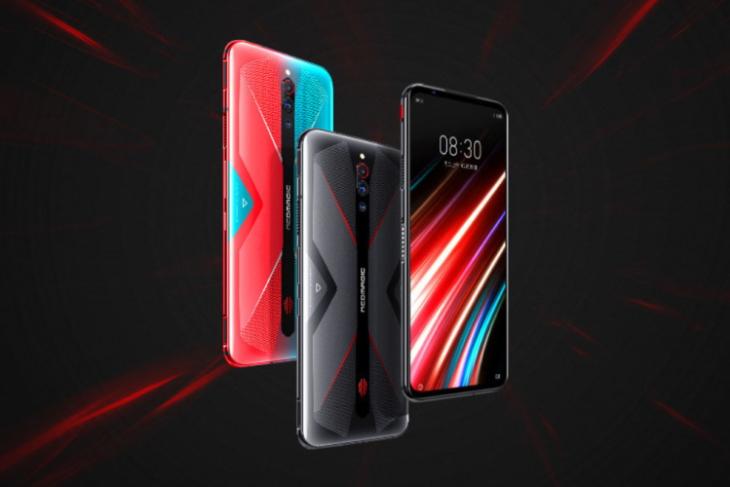 The gaming smartphone segment may still be niche, well, at least the flagship space. But, there are select few phone makers who are fueling growth in this segment. This includes Xiaomi-backed Black Shark, Asus ROG, and Nubia’s gaming-centric Red Magic brand. The latter has today taken the wraps off its much-awaited Nubia Red Magic 5G smartphone in China. And it’s the first phone with a 144Hz display and has the Snapdragon 865 chipset, 64MP triple camera, 55W fast-charging, and a lot more.

Right off the bat, you can notice that Nubia has polished the design but still kept most of the gaming-centric elements intact. Nubia Red Magic 5G features an X-shaped pattern on the rear, with the RGB light strip now being replaced with the RGB Red Magic logo. It’s flanked by the triple camera at the top and Red Magic logo at the bottom. 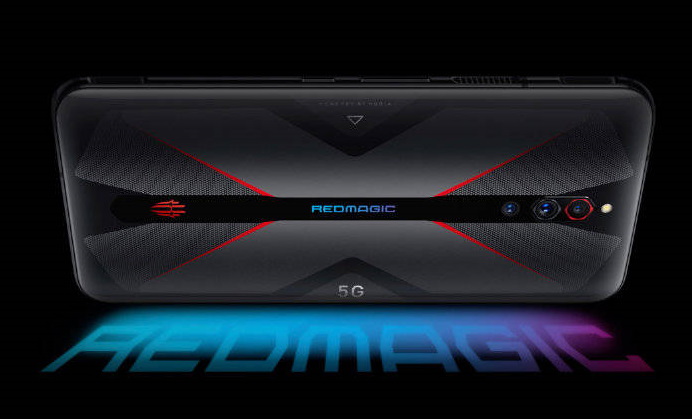 The company on stage mentioned that it has worked with Qualcomm to further optimize the 144Hz display operation. You have a small top and bottom bezel on the front, where the former houses an 8MP camera for your selfie needs. 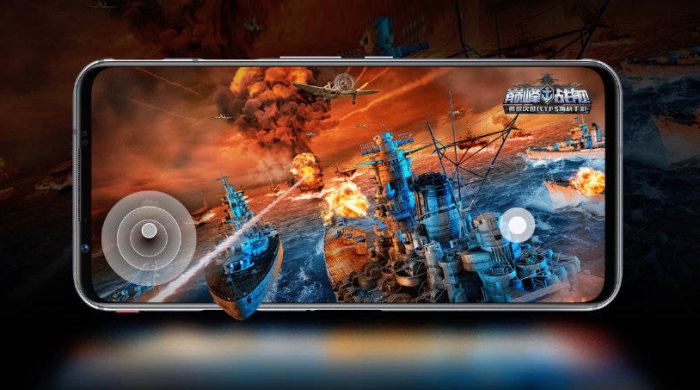 Under the hood, Nubia Red Magic 5G is powered by the latest Snapdragon 865 chipset from Qualcomm. The company confirmed the same, along with the chart-topping AnTuTu score a couple of weeks ago. The chipset is coupled with up to 16GB LPDDR5 RAM and up to 256GB UFS 3.0 storage. The device has dual-mode 5G connectivity and faster Wi-Fi 6 support. It runs Android 10-based Red Magic OS out-of-the-box. 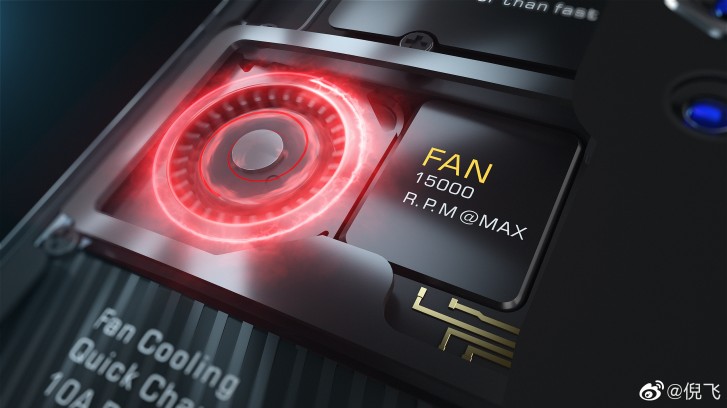 Good thermals are essential for a gaming phone. Nubia Red Magic 3 was the company’s first phone to come equipped with a physical fan. And well, the Red Magic 5G too packs inside a physical fan, which is now upgraded and operates at up to 15,000rpm. Nubia also equips its new gaming phone with a liquid cooling solution to keep the temperature low while gaming.

Since this is a gaming phone, Nubia Red Magic 5G also includes Dual ICA touch shoulder buttons on the right edge. This means the shoulder buttons have two-touch support, with up to 300Hz touch sampling rate (it’s an industry first). Each shoulder button can be programmed to perform two separate tasks, such as scope-in first and then shoot on the same button. There’s also pogo pins on the left edge to dock different accessories, which Nubia launched alongside the device. You can check them out right here. 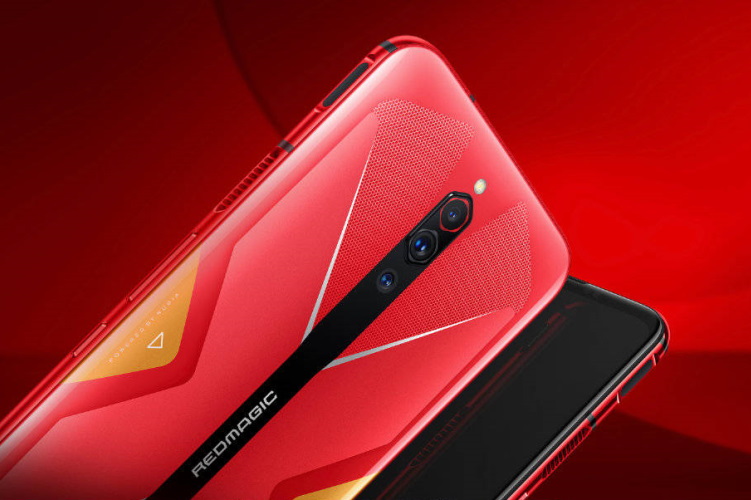 Next up, Red Magic 5G includes a triple-camera system on the rear. This is the very first time that the company has opted for a multi-camera setup. All of its phones unveiled up until today featured only a single rear camera. Nubia Red Magic 5G packs a 64MP Sony IMX686 primary camera, along with an 8MP ultra-wide sensor, and a 2MP macro sensor.

Red Magic 5G comes equipped with a 4500mAh battery pack, but the highlight here will have to be the 55W NeoCharge fast-charging technology on board. The new charger supports PPS (Programmable Power Supply) protocol, the same as the Samsung Galaxy Note series. Nubia claims that you can charge 56% of your phone in just 15 minutes. It takes only 40 minutes to completely charge this gaming smartphone. 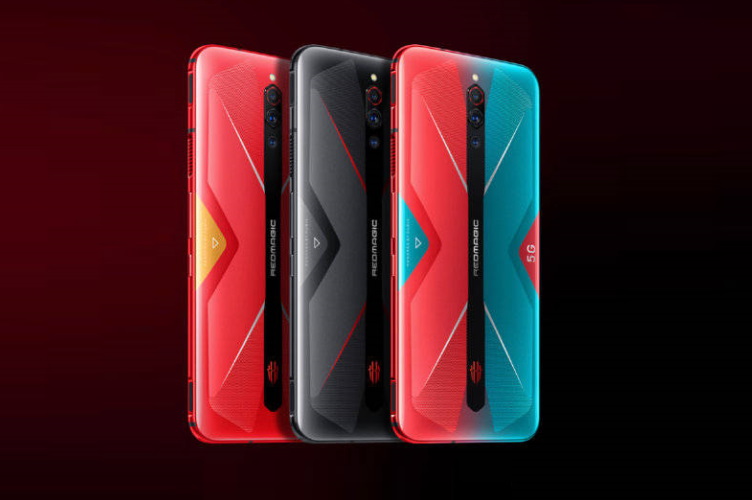 Nubia Red Magic 5G has been priced at 3,799 yuan (around Rs. 40,300) for the 8GB+128GB base variant. It comes in three attractive color variants (translated from Chinese) namely Cybershow Rainbow, Hacker Black, and Mars Red. There are 3 other configurations for this device and we have listed them below: 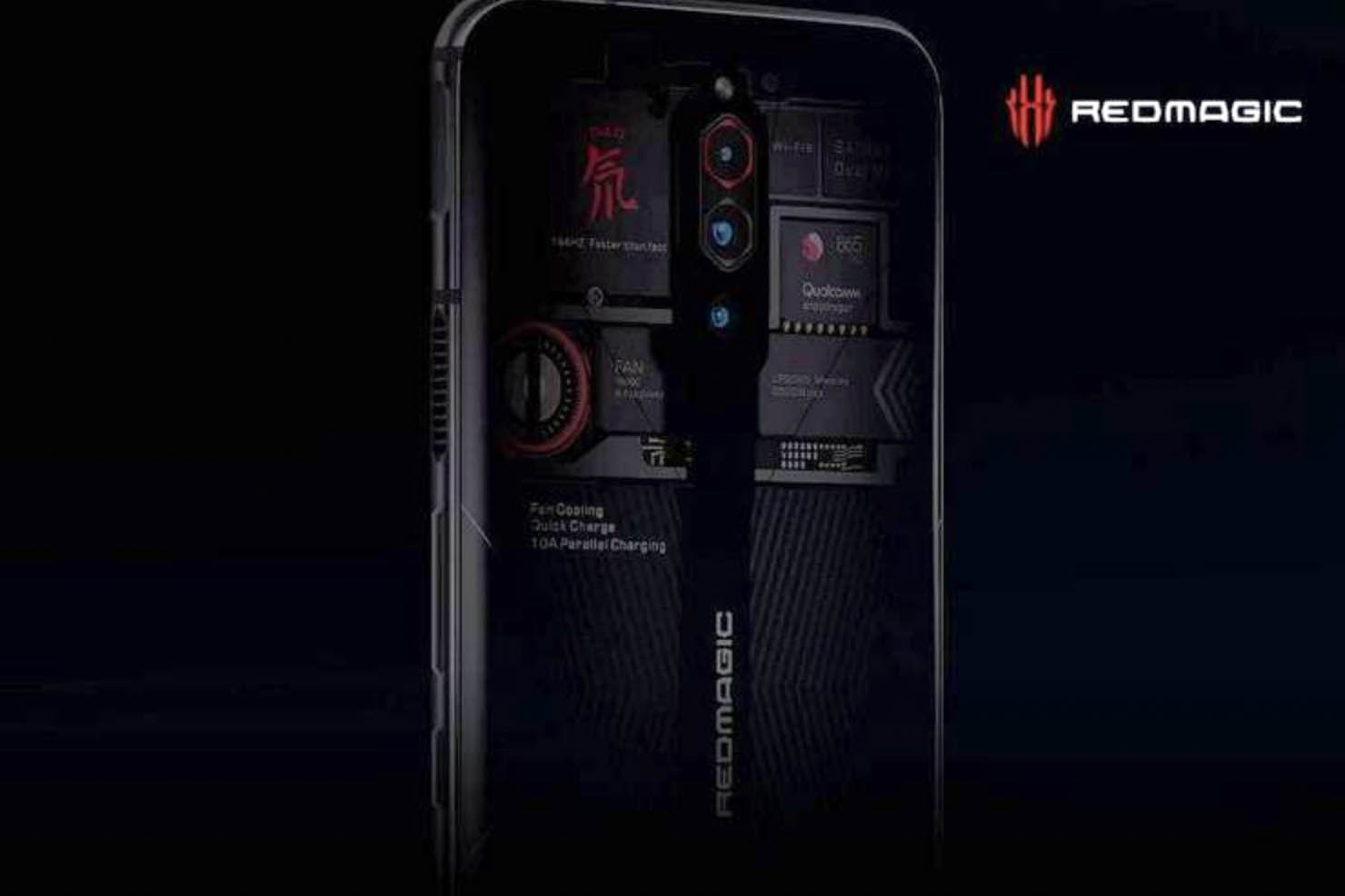 Red Magic 5G is now up for pre-order in China and is scheduled to go on sale from 19th March, i.e a week from today. The company also confirmed that the device will become available globally in the coming months. So, how do you think the Red Magic 5G is going to stack up against the Black Shark 3 Pro? Let us know your opinions down in the comments section.

‘Red Magic 5G’ to be Powered by Snapdragon 865, Confirms Nubia