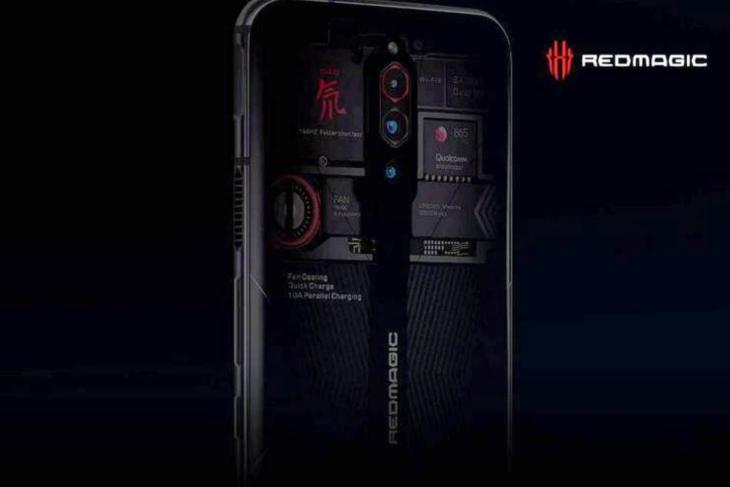 Expected to be launched March 12th, Nubia’s next-gen gaming smartphone, the Red Magic 5G, will apparently also have a ‘Transparent Edition’ featuring a see-through back cover that will show-off some of the high-end hardware inside the phone. According to a teaser video that has apparently since been taken down, the transparent cover will give us a look at the active cooling fan spinning inside the phone as it tries to keep the device’s thermals in check.

While the exact details are yet to be ascertained, one would hope that this would be an actual transparent back cover that would work as a physical window to the inside of the phone, showing off real, working hardware. It would be a welcome change from Xiaomi’s Mi 8 Explorer Edition that came with a fake, gimmicky glass back that claimed to show off the phone’s internals in all their glory, but in reality, had a 3D sticker depicting components that didn’t even match the real hardware inside the phone.

Either way, the video above doesn’t seem to have revealed anything more about the upcoming device than what we know already from all the leaks, rumors and teasers over the past few weeks. According to official teasers from Nubia, the Red Magic 5G will ship with a 144Hz display panel and will be powered by the Snapdragon 865. It might also support 80W fast charging, possibly making it the fastest-charging production smartphone in the world.

Meanwhile, a recent TENAA listing has also revealed that the device will have a 6.65-inch display, up to 16GB of LPDDR5 RAM, 256GB of storage, a 5,000mAh battery and Android 10 out-of-the-box, possibly making it a worthy competitor against other upcoming gaming-centric smartphones like the Black Shark 3, which will launch on March 5.