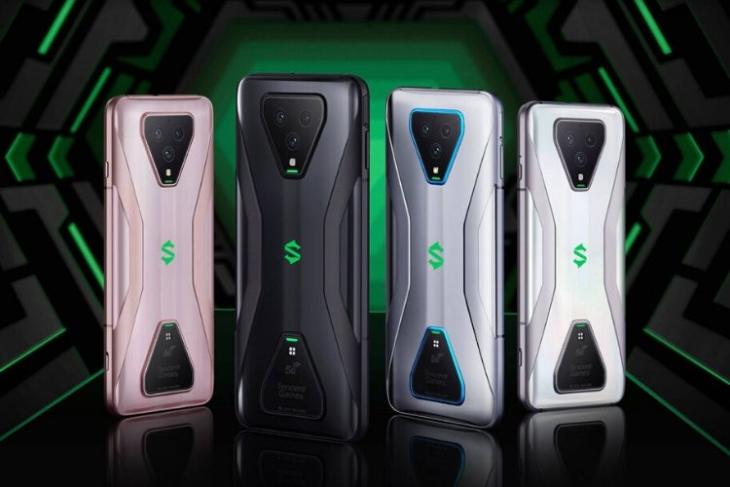 The Xiaomi-backed gaming phone maker Black Shark has added two new phones to its growing gaming portfolio today. The Black Shark 3 and 3 Pro were today unveiled at an event in China and they both boast a 90Hz display, Snapdragon 865 chipset, triple rear cameras, 65W super-fast charging, and a host of gaming-oriented features.

Starting off with the design, Black Shark has built upon its existing design DNA but refined the overall approach to offer a more symmetrical rear panel for comfortable gaming sessions on the Black Shark 3. The company boasts that it’s now got the most unique camera design and well, no gaming phone should exist without RGB lighting. The Black Shark logo on the rear is RGB-lit and you get a 3.5mm headphone jack up-top, USB Type-C port at the bottom. 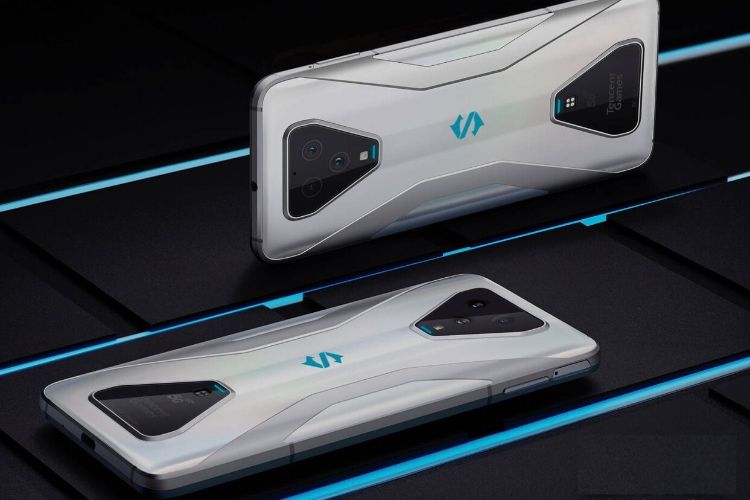 Turning our attention to the front, Black Shark 3 includes a 6.67-inch Full-HD+ AMOLED display with a 90Hz refresh rate. This is the “first Black Shark phone to include a higher refresh rate screen” but it does have minimal bezel at the top and bottom. The screen is also pressure-sensitive and supports HDR10+, 270Hz touch sampling rate, JNCD < 0.55, and Delta E < 1. It has a 20:9 aspect ratio and 1080 x 2400-pixels resolution.

Black Shark 3 is possibly the first gaming phone to come equipped with a hardware MEMC chip to insert frames in low-frame rate content to give users a true 90Hz feel while using the device. OnePlus 8 Pro is also expected to arrive with a dedicated MEMC chip in April 2020. There’s also an in-display fingerprint scanner on the front. 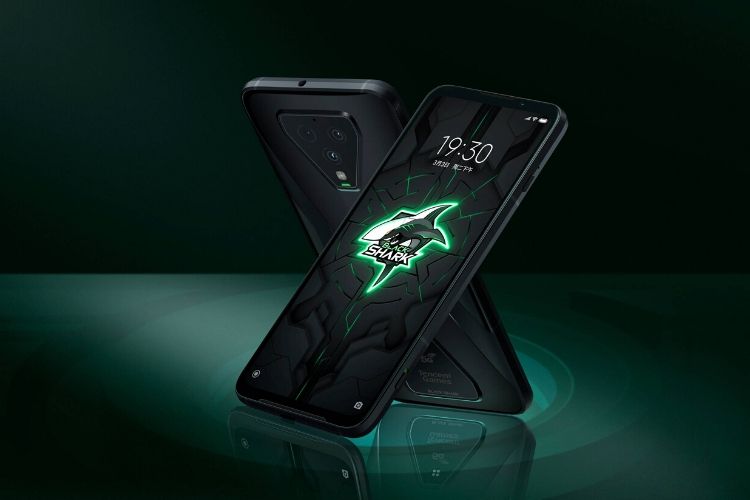 Under the hood, Black Shark 3 is powered by the Snapdragon 865 chipset, coupled with up to 12GB of LPDDR5 RAM and 256GB of UFS 3.0 onboard storage (along with the TurboWrite and HPB technology for faster data transfer speeds). The device supports 5G connectivity and Wi-Fi 6, both of which can be used together to further boost download speeds on the Black Shark 3. 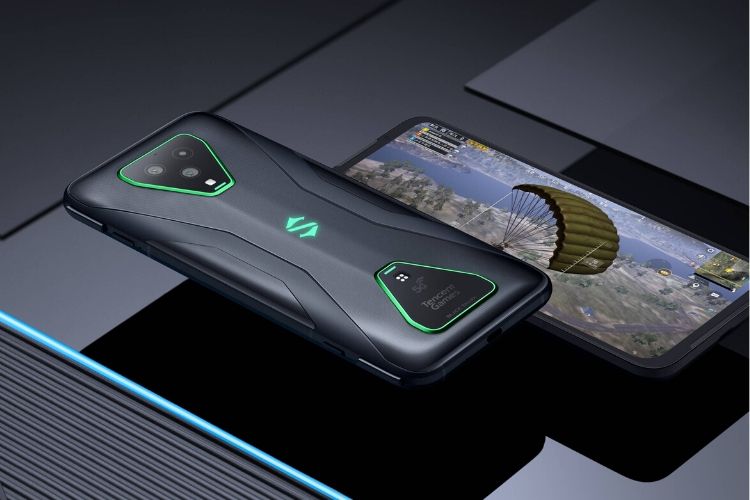 The company has designed the PCB in such a manner that the heat is not concentrated together in one place, but distributed across the board. The board is then sandwiched between the Black Shark 3’s liquid cooling system. You now have copper pipes on either side of the PCB on the inside, increasing the heat dissipation area by 100 percent and heat capacity by 50 percent.

Black Shark 3 runs Android 10-based JoyUI out-of-the-box and it can be viewed as a MIUI 11 fork. Also, if you did not know, Black Shark and Tencent Games have partnered together to develop this gaming phone. It supports Qualcomm’s Elite Gaming, Tencent’s Solar Core, and the company’s own Game Engine to optimize the game performance. 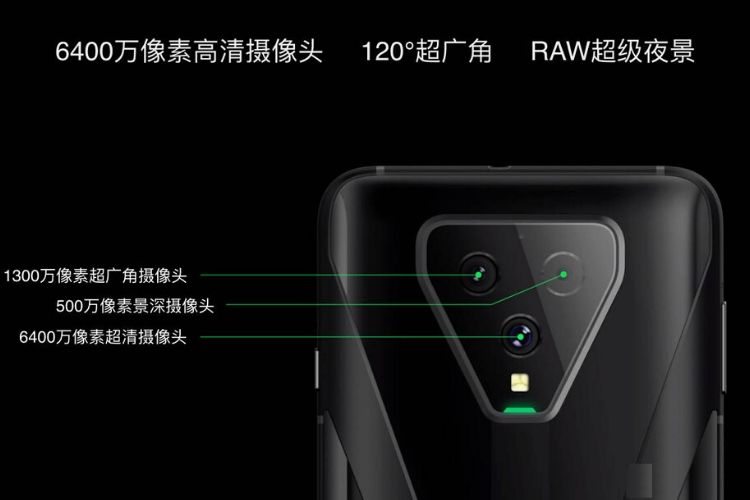 In the camera department, Black Shark 3 upgrades to a triple camera system with a V-shaped placement. It now includes a 64MP primary camera, coupled with a 13MP ultra-wide-angle camera with 120-degree FOV, and a 5MP depth sensor. There’s also a 20MP selfie camera sitting in the top bezel.

Black Shark 3 comes equipped with a 4,720mAh battery pack (split in two halves) but the highlight here is the new magnetic charger that attaches to the back of the device. The magnetic charger was first teased last week and makes it comfortable for gamers to grip the phone and continue to play while charging. 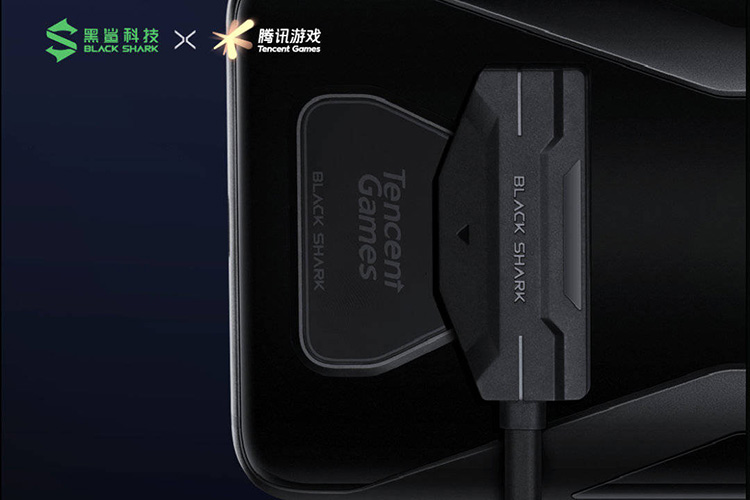 The device charges at 65W using the USB Type-C port at the bottom, so yeah, you’re not missing out on blazing-fast charging speeds. It’s capable of topping up 60% of battery in just 15 minutes. The magnetic charger supports 18W fast-charging, which doesn’t sound bad. 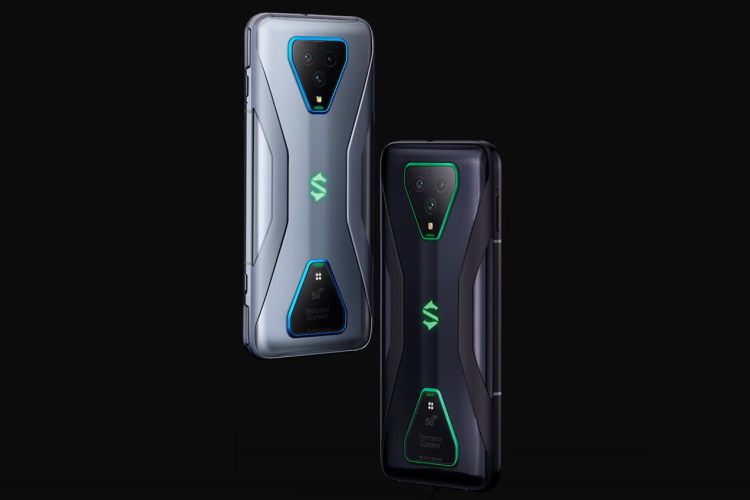 Black Shark 3 Pro features the same design as the non-Pro variant, with minor changes here and there. The device packs a bigger 7.1-inch 2K+ AMOLED display with a 90Hz refresh rate and 3120 x 1440-pixels resolution. The rest of the display specs remain the same as the non-Pro variant. This means you have a pressure-sensitive screen, a 270Hz touch sampling rate, a dedicated MEMC chip, and more.

One of the key differentiators between the standard and Pro variant is the lifting game buttons on the right edge of the Black Shark 3. They are designed to offer you a more console-like gaming experience on a smartphone. And I really want to try them out.

The buttons are 21mm in length and lift up only when you choose to while playing any game on the device. They are customizable, just like air triggers, and the company has claimed that you won’t experience any delays and accidental touches when using lifting buttons.

The internal and camera specifications remain exactly the same. But, you do get another sweet gaming feature with the Pro variant and that’s in-game voice control. You can now assign specific voice commands to perform certain actions, such as opening up your bag, swapping guns, or using grenades/first-aids in PUBG Mobile. 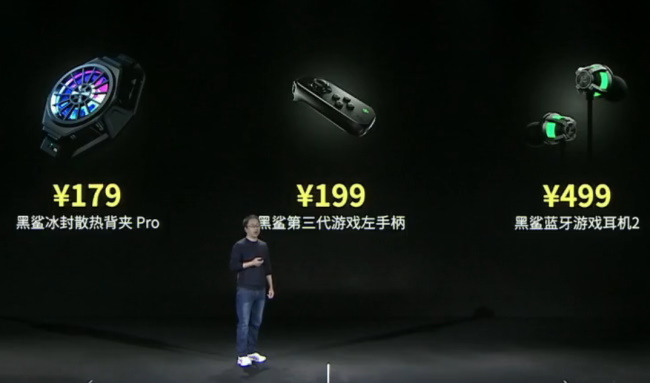 Any Black Shark launch would be incomplete without the launch of new accessories. The company launched its new air cooler attachment (179 yuan), neckband earphones (499 yuan), and a new gaming controller (199 yuan) at today’s event.