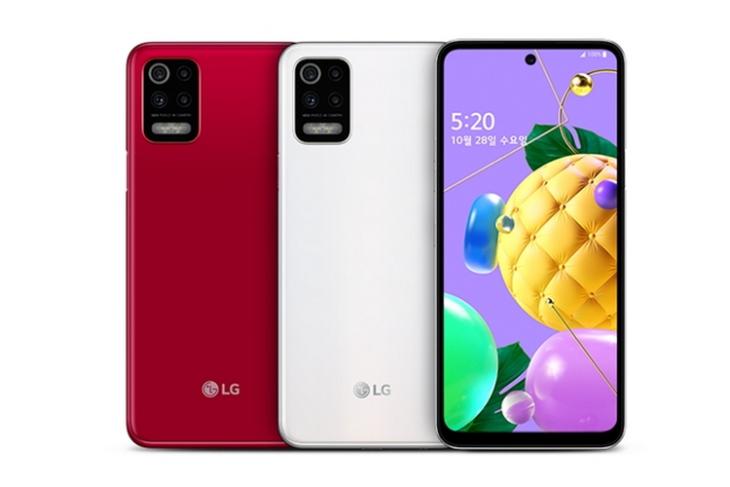 LG has launched its latest smartphone, the LG Q52, in South Korea. The device succeeds LG Q51 that came with triple cameras and MediaTek Helio P22 chipset earlier this year in February.

The LG Q52 features a large 6.6-inch HD+ punch-hole display with a 20:9 aspect ratio. This is a slight improvement when compared to the 6.5-inch HD+ waterdrop notch display found on the LG Q51.

Under the hood, LG has used a 2.3GHz MediaTek Helio P35 chipset. You get 4GB of RAM and 64GB of internal storage, which is further expandable up to 2TB with the help of a microSD card.

As far as the cameras are concerned, LG has used a quad-camera setup at the rear. There is a primary 48MP sensor, accompanied by a 5MP wide-angle lens. LG has also added a 2MP macro lens and a 2MP depth sensor. For selfies, there is a 13MP front camera.

LG says that the LG Q52’s rear has optical patterns similar to the company’s LG Velvet. For those unaware, this means that the device will slightly shift colors based on the intensity and the type of light falling on it.

In terms of connectivity, the LG Q52 offers Wi-Fi, Bluetooth 5.0, and NFC. Moreover, the 4000mAh battery present on the device charges through a USB-C port. In case you’re wondering, the device runs on Android 10 with LG’s skin on top. You also get LG’s AI Sound feature that automatically adjusts the sound based on the media you’re playing.

LG Q52 is available in Silky White and Silky Red color variants. The device is priced at KRW 330,000, which roughly translates to Rs.21,500. LG has not confirmed if it will bring the device to other regions.