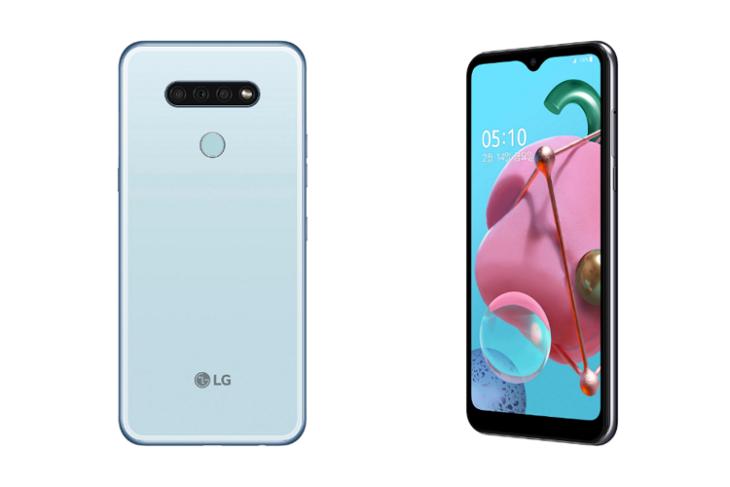 LG has refreshed its “Q” series by launching the LG Q51 in South Korea. The device will be sold through South Korean carriers LG Uplus, SK Telecom, and KT starting today (February 26).

The LG Q51 has a 6.5-inch HD+ FullVision waterdrop notch display surrounded by noticeably thick bezels. Under the hood, the LG Q51 is powered by an octa-core MediaTek Helio P22 chipset.

The device equips 3GB of RAM and 32 GB of internal storage that can be further expanded with the help of a microSD card.

In terms of optics, the device flaunts a horizontally-stacked triple rear camera setup. The primary sensor is a 13MP shooter, accompanied by a 5MP ultrawide lens and a 2MP depth sensor along with an LED flash. For selfies, LG has housed a 13MP sensor within the waterdrop notch.

Coming to the battery, the handset comes with a decent 4,000 mAh capacity battery that charges via a USB Type-C port. As far as the software is concerned, the device runs LG UX 9 based on Android 10.

It is worth noting that the LG Q51 comes with a dedicated Google Assistant button to trigger the voice assistant with ease. It also comes with stereo speakers and supports NFC.

LG has priced the Q51 at KRW 319,000 (~Rs. 18,7800/$262) and will be retailing through the above-mentioned carriers. The device will be available in Moonlight Titanium and Frozen White color variants. For now, it remains uncertain if LG has plans to bring the device to other regions.