Skip to content
Home Mobile iPhone iPhone XS Face ID: How Fast Is It Compared to the iPhone X?

At it’s iPhone event earlier this month, Apple announced the new iPhone XS, iPhone XS Max, and iPhone XR, all of which come with a notch and Face ID. The Cupertino giant said that Face ID on the new iPhones is now faster thanks to some new algorithms and a faster Secure Enclave — a welcome update to the Face ID found on the iPhone X. So how fast is Face ID on the iPhone XS? Is it really fast enough to be less of an obstruction in a seamless smartphone experience?

First a little flashback to what Face ID was like on the iPhone X. It was really secure, thanks to all the 3D face mapping and attention awareness features it had, but all that security meant the phone had to do a lot of extra work, making the entire process seem rather slower than it should be. So when I got hands on the iPhone XS, Face ID was one of the things I was most excited to check out — no kidding.

Now, before the iPhone event, I was hoping for Apple to show off Face ID 2.0 or something. You know, something that’s faster, and works in landscape orientations and other weird situations that you’re not going to come across very often. That didn’t happen, but Apple did mention faster Face ID, and I tested that out. 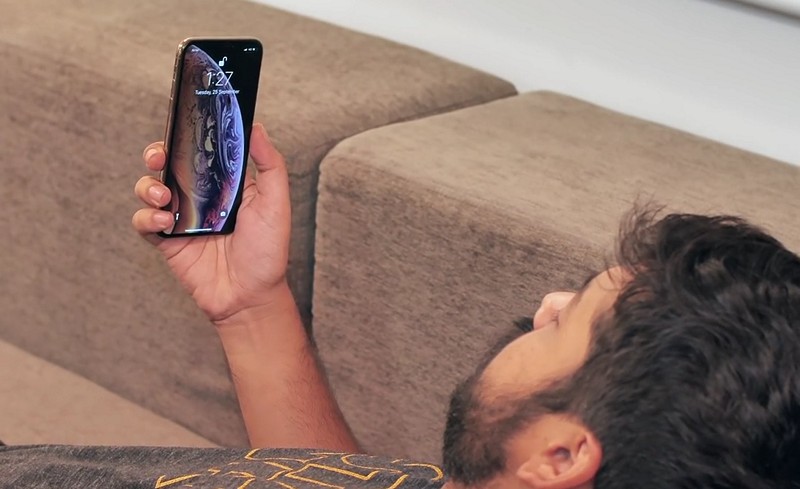 Bear in mind that there’s nothing scientific about these tests, I did not use a stopwatch to measure the time Face ID takes to unlock or anything. These are purely my observations from using Face ID for the last week or so on both the iPhone X and the iPhone XS.

So, I did a bunch of things to ensure both phones had a fair chance. For starters, I set up Face ID anew on both the iPhone X and iPhone XS, and turned “Require Attention” to off, so my eyes not looking at the phone wouldn’t cause it to not unlock. Then I tested things with “Alternate Appearance” set up on both iPhones, just to see if that would help one or the other iPhone.

So after all that, and after having used these phones regularly over the last week or so, I have fairly firm opinions about the state of Face ID on the iPhone XS, and you know what? Things haven’t improved all that much.

I mean, yes, the iPhone XS is faster by a margin, but it’s nothing remarkable, and it definitely isn’t fast enough to warrant a “it’s a faster Face ID” claim. It’s more like an accidental hit when it works fast, and to be completely honest, sometimes it’s slower than the iPhone X — all of which leads to the conclusion that personally, I won’t say that it’s a huge difference between the two. If you’ve used an iPhone X, you will notice a slight difference most of the time, however, if you’ve not used the iPhone X, you’ll feel like Face ID is a slow and arduous process. 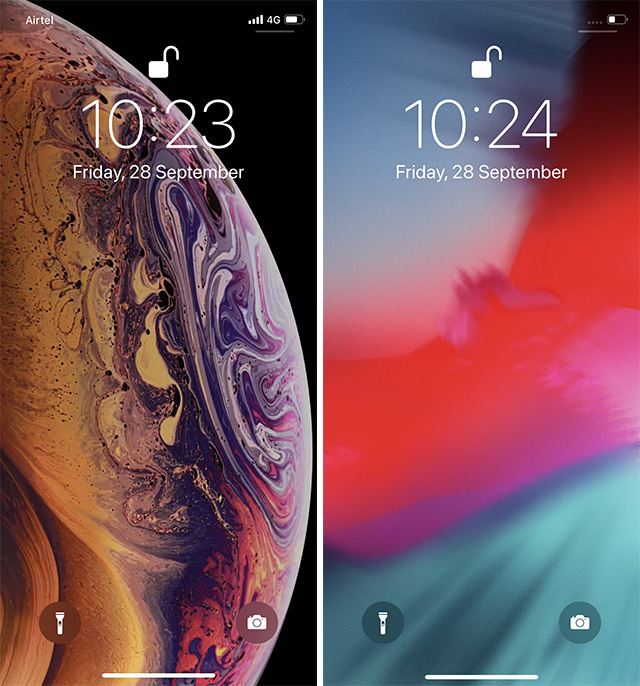 It won’t be fair to compare iPhone’s Face ID tech with Android smartphones facial recognition, purely because the iPhone just does so much more in recognizing a face before unlocking the phone, as compared to what phones like the OnePlus 6, or the Galaxy Note 9 do with their facial recognition systems; and yes, when you consider the sheer number of things your iPhone is doing behind the scenes to unlock your phone, Face ID doesn’t seem nearly as slow.