In today’s digitally connected world, it’s near impossible to find even a single person who uses (or has ever used) a computer, but doesn’t know about Google. Having begun as a humble search engine, Google has grown on to become the technology behemoth that it as today, and its various products and services are used by billions of people across the globe, on a near daily basis.

Whether you rely on Gmail for handling all your email, use Google Drive to stash all your important documents, have Google Maps provide you with directions to just about anywhere, spend hours watching YouTube videos, or anything else like that, you’re using Google. But even with so many best in class services it offers, what if you want to try out something different? What if you want to break out of Google’s ecosystem?

If the answer is yes, then you’ve come to the right place. It is very much possible to go Google free. But before we get to that, let’s go over some of the reasons why you’d want to leave Google’s ecosystem.

Why would you want to go Google free?

Ditching Google’s technology products and services (e.g. Gmail) that you use on a daily basis, can be a little hard. However, there are actually quite a few reasons why you’d want to take the plunge. Here they are:

Use alternatives to get out of Google’s ecosystem

There are tons of competing products and services available out there that are just as good (if not superior) to what Google offers. Let’s talk about few of the major Google services that you can ditch, in favor of alternatives:

Without a doubt, Google Search is the undisputed leader when it comes to search engines. And while it’s certainly the best, the competitor offerings are also pretty darn good. Just try out Bing, or WolframAlpha, and see for yourself. Want more? Check out our listing of the best search engines.

Having a billion users, Gmail is the most popular web-based email service in existence. But it doesn’t mean it’s the only one. Give Outlook or Zoho a shot, and you’ll be pleasantly surprised. And if you’re still not convinced, there are quite a few other Gmail alternatives as well.

Note: Most of the email services (e.g. Zoho, Outlook) also have calendar sub-modules for managing daily agendas, and these can be used in place of Google Calendar just as easily.

Google Drive offers quite a bit of free storage space, in addition to features like document sharing and collaboration. However, with excellent services like Dropbox and OneDrive out there, it’s not irreplaceable. And there are many more best cloud storage services you can use.

As the largest video sharing website, YouTube has enough video content to the last the whole world a lifetime. That said, if you’ve decided to move on to something else, Vimeo and Dailymotion should suffice to get you started. Oh, and you can also go through our listing of best YouTube alternatives.

A minimal design, ton of great extensions, syncing of settings to Google account; these are just few of the many features that make Google Chrome the most popular browser out there. That said, it’s also an extreme resource hog. Want something else? Take Microsoft Edge or Mozilla Firefox for a spin. Or you can try these Google Chrome alternatives. The choices are aplenty.

Simple and easy to use, Google Photos is a brilliant web based application that lets you upload photos, and share them with others. But there are tons of photo sharing services, like Flickr and Imgur, that you can use in its place. Here are a few more photo sharing websites that you might wanna check out.

Note: Looking for some alternatives to the recently shut down Picasa? Find them here.

Google Docs (along with other apps like Sheets, Slides etc.) offer a convenient way of creating/editing documents collaboratively, and also have other features like templates, and integration with other Google services. But they can be easily replaced by competing offerings like Office Online, and Zoho Docs. Also, don’t forget to check out the best Google Docs alternatives we’ve covered for even more choice.

One of the most important products of Google, AdSense powers the targeted advertisements that are shown on the websites and awesome tech blogs you visit, and drives their revenue. But if you’re looking for something else to monetize your blog, Amazon CPM and BuySellAds are great choices. And there are many more AdSense alternatives, folks.

Being the most popular mobile operating system, Android is used by billions of people around the world. As such, ditching Android can be hard, given that you’d also need to invest in a new smartphone. But if you’re firm on jumping ship, iOS and Windows 10 Mobile (which is better than Android in a lot of ways) are definitely great options. Would love even more choices? Check out the best Android alternatives we’ve covered.

Google Play Store, the one-stop-shop for all the latest apps and games, is one of the most important Google products that you use with your Android phone. But thanks to many alternatives like Amazon AppStore and Yandex.Store, you can continue using Android and get apps, even without Google. This can be really helpful if you decide to use one of the numerous custom ROMs available for Android on your smartphone.

Although it’s never gotten any real traction, Google+ is still used by quite a number of people, thanks to useful features like communities, and robust integration with other Google services. So if you’re thinking about alternatives, Facebook and Twitter are already better and more established. And if you won’t mind some more choice, this is the list you should check out.

Keep is a handy little service from Google that lets you jot down everything from grocery lists to reminders. It also includes features like tags and color coded notes. But as nice as it is, Keep is a bit too simple, especially when compared to non-Google alternatives like OneNote and Evernote. You can also take a look at some of the other note taking solutions available out there.

Whether you want to get your way around an unfamiliar place, or want real-time traffic updates, Google Maps is the best solution, providing turn by turn navigation, route planning, and many other features. But there are many great services, like HERE maps and Mapquest, that are also worth checking out. Oh, and they are just two of the many Google Maps alternatives that you can use.

Get free of Google’s control

As indispensable and pervasive Google and its many services have become in our day to day lives, they are definitely not without their replacements. And as seen above, getting out of Google’s ecosystem, either partially or completely, isn’t really as hard as it sounds. So try them out, and let us know which one(s) would be replacing your Google owned service(s) in the comments below.

You Can Now Recharge Your Prepaid Phone from Google Search 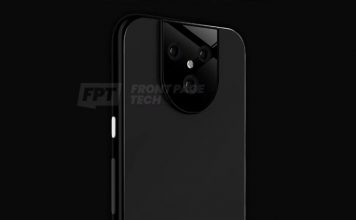 Pixel 4 was officially unveiled only four months ago and it didn't arrive in India. And while we await the launch of the Pixel...
Anmol Sachdeva - Feb 14, 2020 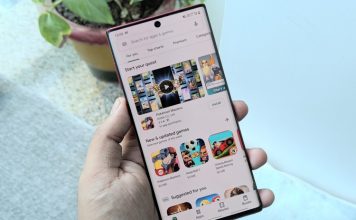 With malware continuing to remain a massive problem, Google on Tuesday detailed some of the major initiatives it took last year to make the...
Kishalaya Kundu - Feb 12, 2020 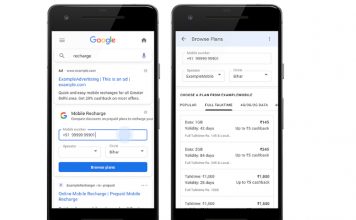 You Can Now Recharge Your Prepaid Phone from Google Search

Google has made it easier to recharge prepaid mobiles here in India. Starting today, you can recharge your prepaid SIM cards right from Google...
Subin B - Feb 4, 2020 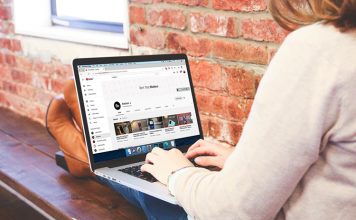