Ever since it was unveiled in 2007 (in response to Apple’s introduction of the iOS, earlier in the same year), the Android mobile operating system has come a really long way. From “Cupcake” to the latest “Marshmallow” release, it has matured a lot, and is now the dominant mobile Operating System out there. Also, there’s little doubting the fact that together, Android and iOS essentially maintain a duopoly in the mobile OS field.

But that’s not to say that there aren’t any alternatives. Launched in 2010, Microsoft’s Windows Phone has always been a refreshingly different and one of the most exciting mobile Operating Systems ever outed. And with its latest Windows 10 Mobile iteration, it’s better than ever. Granted, it continues to suffer from the same, seemingly perpetual problems (low market share, non-availability of most apps etc.) that have plagued Windows Phone since its first release, but Windows 10 Mobile is actually ahead of Android in more ways than imaginable (at least, according to this author). Impossible, you say? Let’s take a detailed look at some of the reasons why Windows 10 Mobile is better than Android. 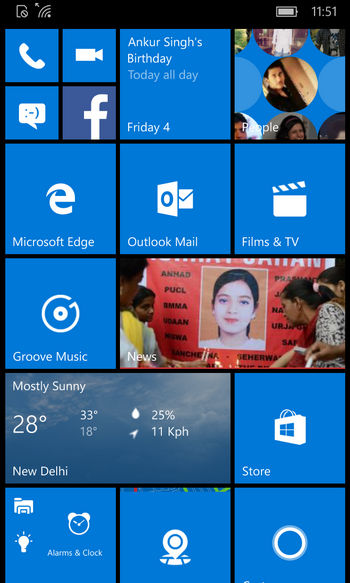 Perhaps its most unique feature, Live Tiles make Windows 10 Mobile instantly distinguishable from the competition. They can be re-sized, as well as re-arranged on the Start Screen as you like. But Live Tiles are much more than that, as they show constantly updating notifications from the apps they are associated with, while animating themselves with some really dope looking effects. Based on their pinned size, Live Tiles can show brief notifications (e.g. number of missed calls), as well as detailed information (e.g. numbers/contacts from which calls have been missed). And while it’s true that Android has widgets and badge icons for the same, they are nowhere as elegant as Windows 10 Mobile’s live tiles.

Universal Apps are arguably one of the most important features of Windows 10 Mobile (or more specifically, the entire Windows 10 ecosystem). Based on their namesake Universal Windows Platform (UWP) application architecture, Universal Apps can run not only Windows 10 Mobile and its desktop variant Windows 10, but also on a variety of other devices (e.g. tablets, gaming consoles) running specific versions of Windows 10, without needing to be re-written separately for each platform. On the contrary, Android has no such feature (but then, Android isn’t a desktop OS in the first place, either).

If you have a smartphone running Windows 10 Mobile, you have a (sort of) pocket computer with you. Thanks to “Continuum” goodness, (supported) Windows 10 Mobile running devices can be connected to an external display, along with mouse and keyboard, to transform it into a computer. This means that you can use the Universal Apps on a bigger screen (with perfect scaling), and use the mouse and keyboard for doing everything from managing your email and appointments (via Outlook Mail & Outlook Calendar), to browsing the web (via Microsoft Edge). That being said, Continuum is supported only by a few, high-end Windows 10 Mobile devices, and requires additional hardware. 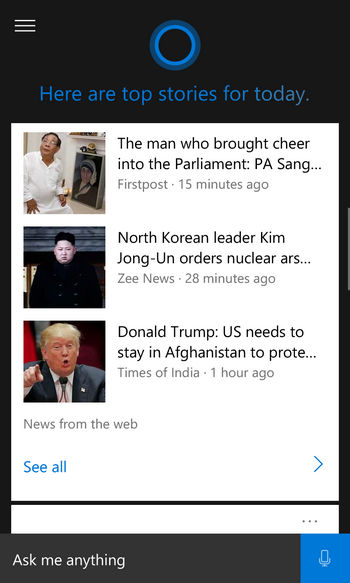 Unless you’ve been living under a rock, you’re probably aware of Cortana. Named after Master Chief’s artificially intelligent companion from the Halo video game franchise, Cortana is Windows 10 Mobile’s personal digital assistant. Controlled just by issuing voice commands, Cortana can be used to make calls, find restaurants nearby, add reminders, get directions, and a heck of a lot more. Although you can get Cortana as an app on Android (and iOS), but deep integration with Windows 10 Mobile makes it possible to use Cortana to interact with the OS not just easy, but also incredibly fun. And while Google Now provides similar functionality on Android, Cortana is wittier, and feels more “human” in interaction. What’s more, some Cortana commands (e.g. opening apps) even work offline, unlike Google Now on Android.

The “open-source” nature of Android has always been regarded as one of its biggest advantages. And that’s true, as it makes it easily modifiable, using everything from the numerous available custom ROMs to launchers. However, this also makes it less secure, as Android has to routinely deal with issues like malware apps, and security bugs like Stagefright. That’s not a problem with Windows 10 Mobile, which is closed source, and comes with enterprise grade security features and malware resistance.

Regardless of the mobile OS you use, the on-screen touch keyboard is (almost) always the standard method of inputting text. And the virtual keyboard in Windows 10 Mobile is exceptional, having gotten better over previous versions. In fact, the “Word Flow” keyboard in Windows Phone 8.1 briefly held the Guinness World Record for fastest typing (until it was beaten by Fleksy keyboard a little later). Windows 10 Mobile’s virtual keyboard includes all the features of its predecessors, and new stuff like voice dictation, one-handed mode for phablets, and even a precision pointer to place cursor exactly where you want it. And with Microsoft’s recent acquisition of SwiftKey, things are sure to get only better. 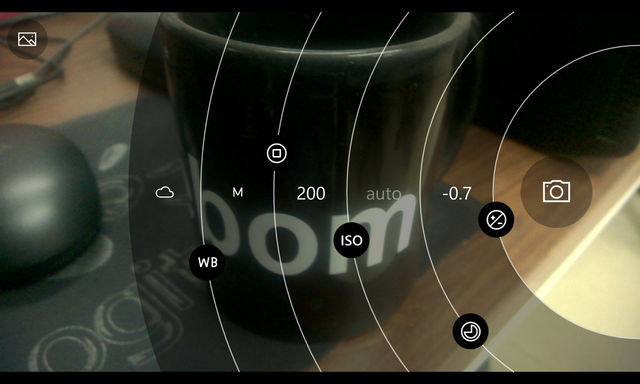 Smartphone cameras are getting better by the day, and offer image quality that’s comparable (or even more) to that offered by point and shoot digital cameras. And if you use a Windows 10 Mobile smartphone as your camera, you’re going to love the manual controls included with the default camera app. From ISO to Focus, and from White Balance to Shutter Speed, everything can be granularly adjusted via virtual sliders in the app. On the other hand, if you want to have such functionality in Android, you’ll probably have to use one of the many camera apps available.

Being the most popular mobile OS out there, Android runs on millions of devices, spread across different manufacturers and variants. Obviously, this means that different number of devices run different (generally older) versions of Android, with some never getting even a single update. By Google’s own stats, the latest version, Marshmallow is just on 2.3% of total Android devices, as of this time. This is a serious fragmentation issue, as devices running older Android versions often never get critical security updates. On the other hand, devices running Windows 10 Mobile (or even its older versions) get 24-36 months support for security updates and patches.

Windows 10 Mobile is quite different when it comes to official updates. In a sense, it’s a “constantly evolving” mobile OS. As such, Windows 10 Mobile updates are released cumulatively (with increased frequency), bringing bug-fixes, security patches, and new features. And it ensures that Windows 10 Mobile (and the data stored on it) devices not only stay secure, but you also get new features faster. What’s more, Microsoft has also announced that they will decide and control when software updates for Windows 10 Mobile are sent, and not OEMs and carriers.

Mobile operating systems have become religions of sorts, with hordes of users (both genuinely passionate and utterly clueless) backing and defending their platform of choice on websites, comment threads, and discussion forums. As such, this article isn’t meant to denigrate Android. Without a doubt, Android is an extremely feature rich mobile OS (and so are iOS, Blackberry 10, and others), with its own set of strong points. But it’s not perfect, and Windows 10 Mobile, despite having a measly market share (at least for now), definitely does a lot of things better than it. However, that’s us. What about you? Agree or disagree? Make yourself heard in the comments below. Let’s get started fanboys! (Just kidding. You’re all awesome).