With Linux and Android apps support, Google is finally projecting Chromebook as a desktop-class machine. However, some features are still missing and that is stopping many Windows users from making a move to Chrome OS. I am talking about the desktop widgets that is quite popular on Windows computers and also among Android users. Nevertheless, there is a way out and in this article, we bring you a detailed guide on how to get desktop widgets on Chromebook. Similar to Android devices, you can get almost all the app widgets on your home screen and the best part is that you don’t need to move to the developer or beta channel. Now with all that said, let’s go ahead and find out the steps for desktop widgets on Chromebook.

Get Desktop Widgets on Chromebook

Before going forward, make sure your Chromebook is updated to the latest stable build and the Android subsystem is on Pie (Android 9). To check for updates, open Chrome OS Settings -> About Chrome OS -> Check for Updates. Now having done that, let’s move to the steps and learn how to install desktop widgets on Chromebook.

1. First of all, open the Google Play Store on your Chromebook and install the Taskbar app (Free). After that, open the app and move to the “Advanced Features” menu. 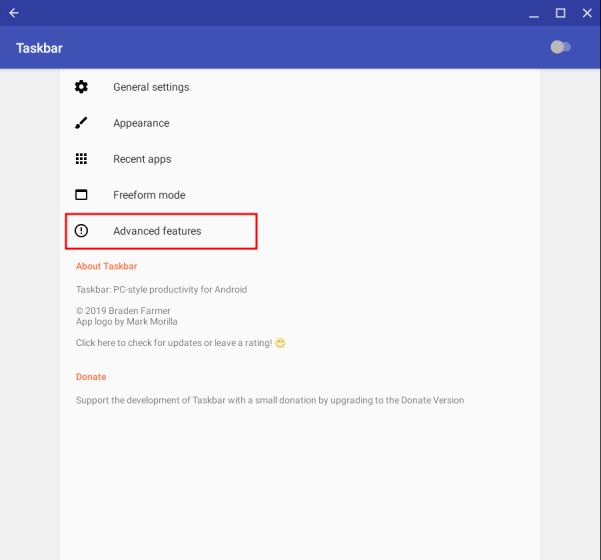 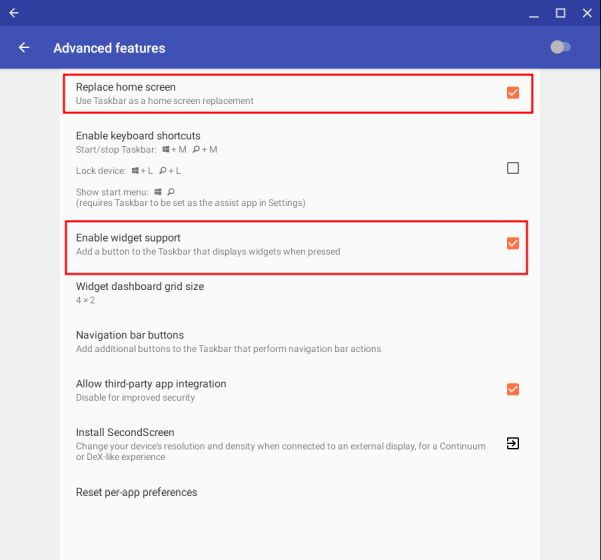 3. Now, move back to the main menu and enable the Taskbar toggle located at the top-right corner. 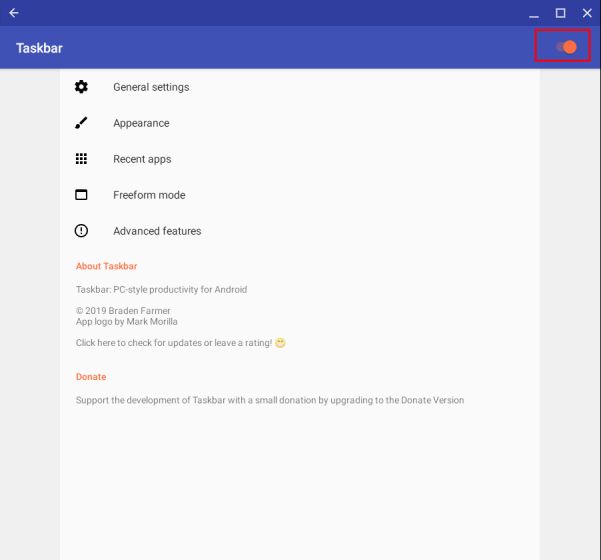 4. After doing so, a ribbon menu would appear at the bottom-left corner. Click on it and then move to the grid menu. On this screen, you can select your choice of widgets and it will start appearing on your home screen. 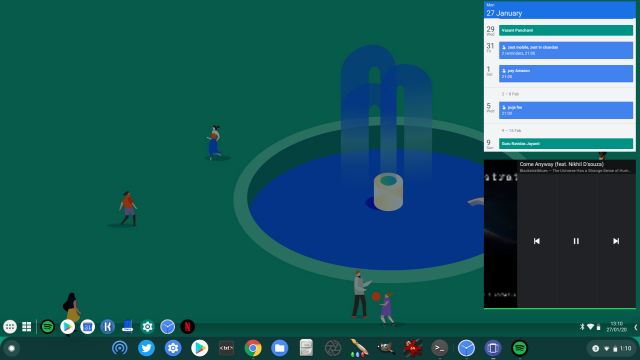 5. If you want more Android widgets on Chromebook home screen, you can install KWGT (Free, offers in-app purchases) and Pixxy KWGT ($0.99) apps. With KWGT, you can create your own widgets and with Pixxy KWGT, you will have access to some of the best designed, pre-made widgets.

Get Android Widgets on Your Chromebook Right Now

So that was our small guide on how to get desktop widgets on Chromebooks. Having tested this app myself, I can say that the implementation is pretty choppy right now as you will have to click on the ribbon-menu every time to access the widgets. It’s basically an Android layer above the actual Chrome OS home screen. Nevertheless, if you are a die-hard widget fan, this might satisfy you until Google brings native support for widgets on Chromebook. Anyway, that is all from us. If you are facing any issues, you can comment down below and let us know.