Games are not a strong suit of Chromebooks, but thanks to the Linux Support, Chromebook games are better than ever, since you can now install and play many desktop-level games on Chrome OS. Steam is one of the best digital game distribution platforms and it’s officially supported on Linux. So, you can get it running on Chrome OS and enjoy desktop games. And the best part is that you don’t need to move your Chromebook to the Developer Mode or install Crouton. Things are quite straightforward now and the installation process is a breeze. On top of that, you now have the option to stream Steam games through the Steam Link app. So without any delay, let’s go ahead and learn how to install and play Steam games on a Chromebook in 2021.

Install and Play Steam Games on a Chromebook (Updated 2021)

Here, we have mentioned the steps to install and play Steam games on a Chromebook. Along with that, we have also tested a few Steam games to check if Chromebooks can be a viable alternative for desktop gaming. Keep in mind, if you have a school-issued Chromebook and the administrator has locked Linux on your Chromebook then you won’t be able to run Steam. However, if you have got Android app support then you can use the Steam Link app to stream desktop games on your Chromebook. Having said all of that, let’s first go through the Linux method.

1. First and foremost, set up Linux on your Chromebook by following the linked article. After that, enable GPU acceleration for Linux in Chromebook for better graphics and smoother gameplay. In case, GPU acceleration is not enabled, don’t worry, just move on with the steps.

2. Next, open the Linux Terminal and execute the below command. It will update Linux on your Chromebook to the latest build. If you get any errors, don’t worry, just move on.

3. Now, click on this link to download the setup file of Steam. Similar to the EXE format on Windows, it’s a DEB file for Linux. Next, move the DEB file to the “Linux” section in the Files app. 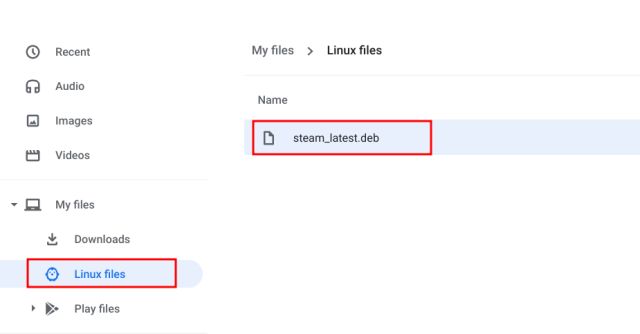 5. Having done that, double-click on the setup file and click on “Install“. It will start installing Steam on your Chromebook. 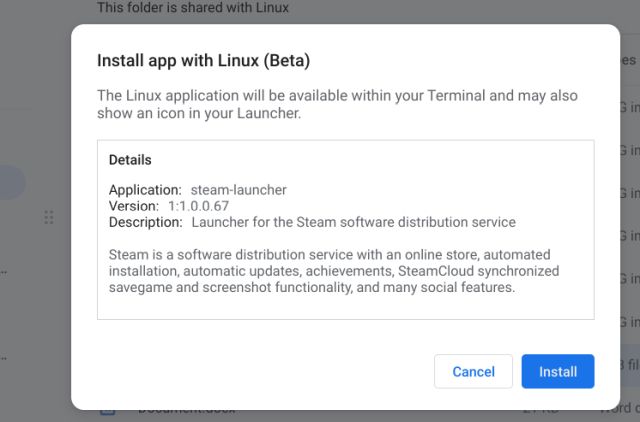 6. After the installation, press the “Search” key on the keyboard and search for “steam”. After that, open it. 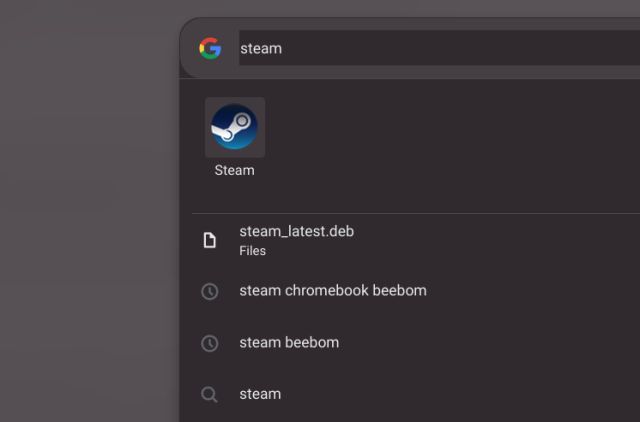 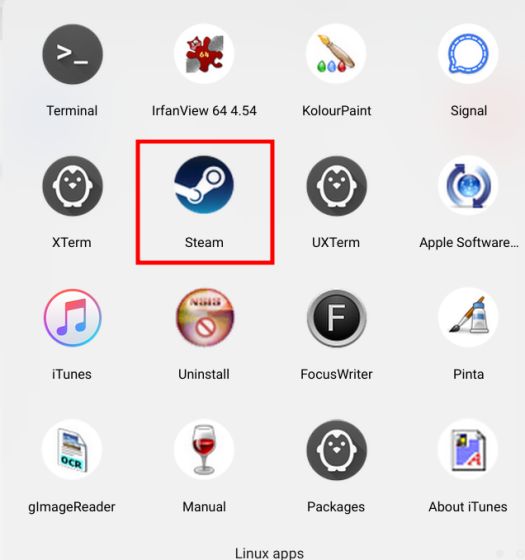 8. Now, Steam will automatically start downloading dependencies and libraries which are needed to smoothly run Steam on a Chromebook. 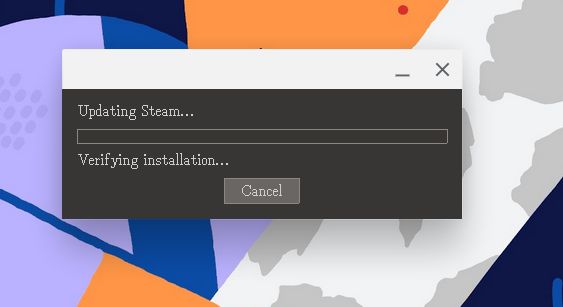 9. After the update, Steam will automatically open up. Now, sign in to your Steam account. If Steam does not pop up after the update then open it manually from the App Drawer. Note that, if you are using your Chromebook’s trackpad, you might have to press on the trackpad rather than soft-tapping it. 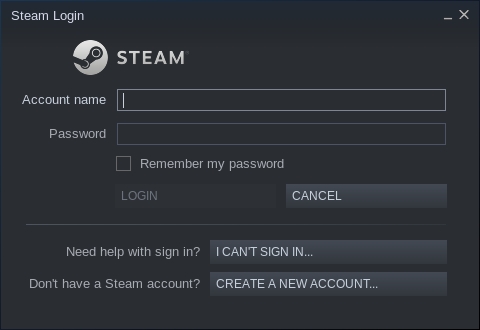 10. Finally, there you have it. Steam running successfully on a Chromebook. But there is one more setting that you should enable. 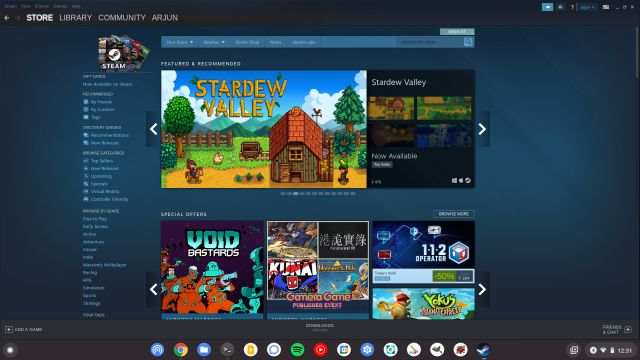 11. Click on Steam at the top-right corner and go to Settings -> Steam Play -> Enable Steam Play for all other titles and click on “OK”. Make sure “Proton Experimental” is selected in the drop-down menu. This will unlock and allow you to run several Windows games that are not natively available for Linux. 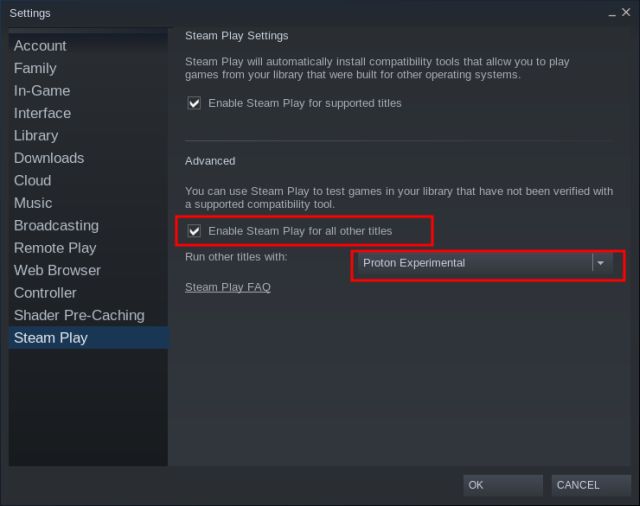 12. In our testing, we installed Counter-Strike: Global Offensive on our Chromebook through Steam, but it failed to run. However, other non-intensive games like Among Us, Stardew Valley, Squad, Tank Force ran absolutely fine and without any graphics issues. I would recommend you to try your favorite Steam games and see if they work on your Chromebook. 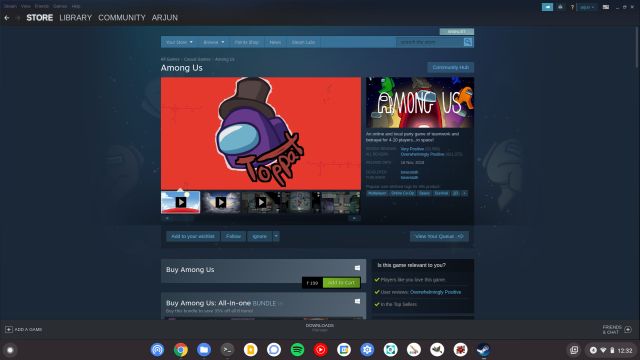 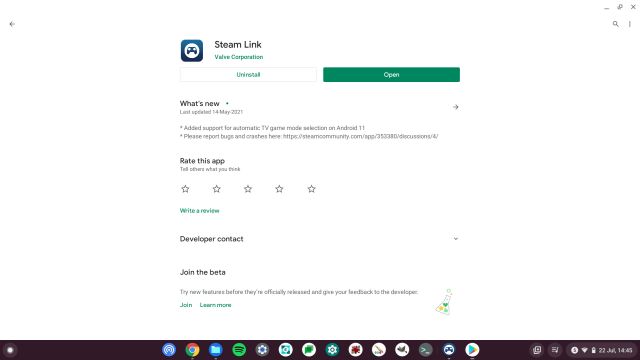 2. Once installed, open it and connect your gaming controller to the Chromebook. If you don’t have one, you can skip it. You can play with your keyboard and mouse. 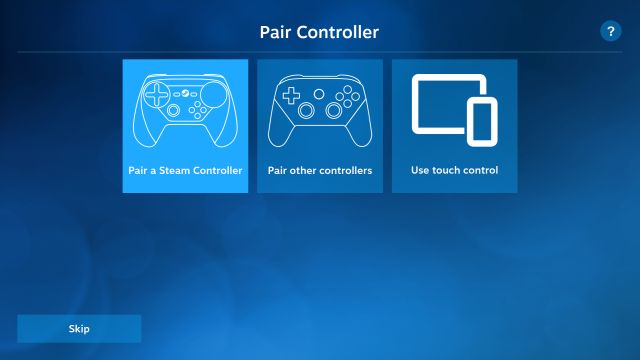 3. I am assuming you have already set up Steam on your Windows PC in the local network, either via WiFi or Ethernet. By the way, Ethernet is recommended for lag-free gaming. The Steam Link app will now scan the local network and will display the name of the server. Simply, click on it and pair your PC with your Chromebook. 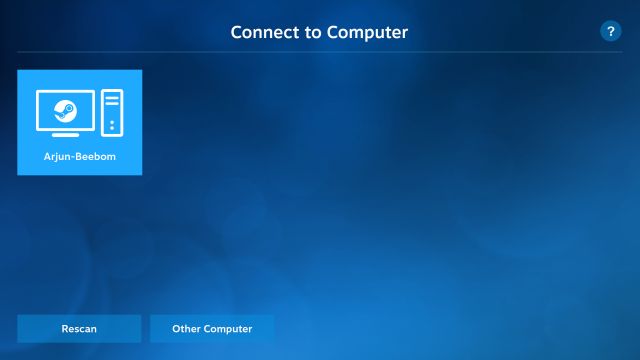 4. After a few automatic tests, you will be connected to your PC’s Steam setup. Now, go ahead and you will be able to play Steam games right on your Chromebook. Enjoy! 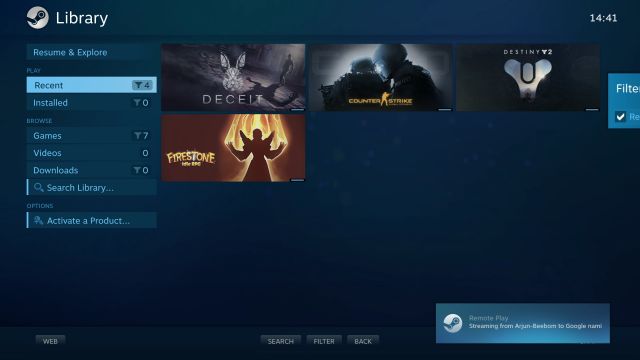 Play Your Heart Out with Steam Games on a Chromebook

So that was our short guide on how to install Steam and play games on a Chromebook. While the installation process is not a one-click process like on Windows OS, it’s still quite straightforward and all you need is a bit of familiarity with Linux. So go ahead and install various Steam games to check if your Chromebook can handle graphics-intensive games.

Anyway, that is all from us. But how has been your experience? Let us know in the comment section below. In case, Steam didn’t work for you then you can use GeForce Now on your Chromebook. It’s a cloud gaming service and does not require Linux support. On top of that, the game library is pretty huge.