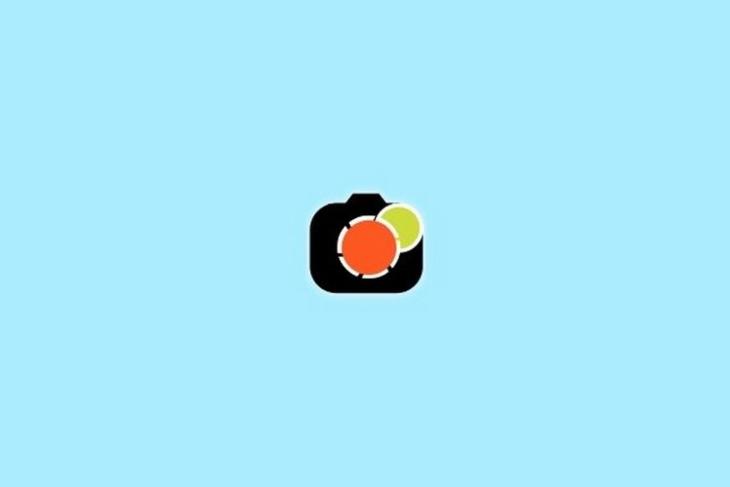 With the introduction of iOS 14, Apple brought a ton of new features for their devices. The primary focus for this year’s iOS has been privacy and data monitoring. So, one of the latest features of iOS makes monitoring apps that use the camera and microphone of your device easier than ever. Now, with the “Access Dots” app, you can bring that feature on your Android device with just a download from the Play Store.

Now, for those who are unaware of the feature, in iOS 14, whenever an app, service, or a website uses the microphone or the camera of your device, two colored dots appear on the top right, near the status bar of the device. There is a green dot for when an app uses the camera and there is an orange-ish dot when an app uses the microphone. When you scroll down the control center, you can even see which specific app or service is using the hardware of the device. 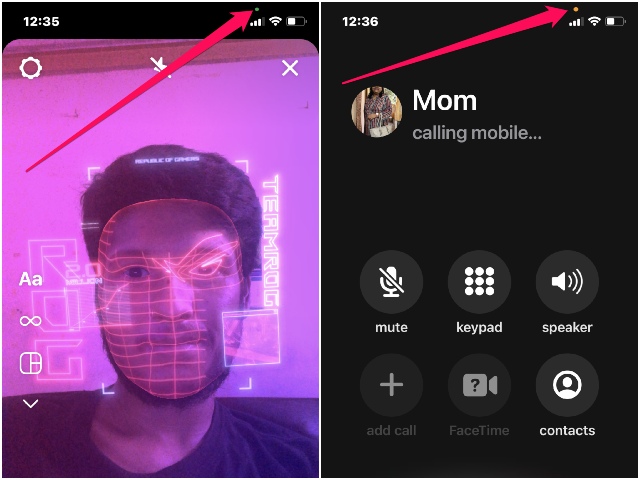 Now, although this feature is pretty nifty to monitor sneaky apps, unfortunately, there is nothing like this on the Android platform. However, with “Access Dots”, you can bring the iOS feature to your Android device pretty easily.

An iOS Feature With Customizations

So, I downloaded the app on my friend’s OnePlus 5T. It comes at a mere size of just 2.5 MB and is developed by an XDA Recognized Developer, jagan2. After downloading the app and granting the necessary permissions, I was able to get it working right away. 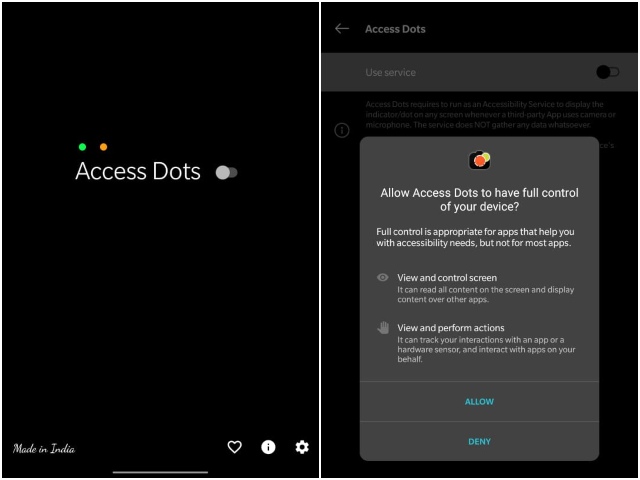 Now, keep in mind, the feature might not work in every Android device out there in the market. Earlier, I installed the app on a Samsung Galaxy J7. However, it did not work on the device.

On the OnePlus 5T, however, the app worked perfectly fine. The dots appear at the top-right corner of the device by default when an app or a service uses the camera or the mic of the device. 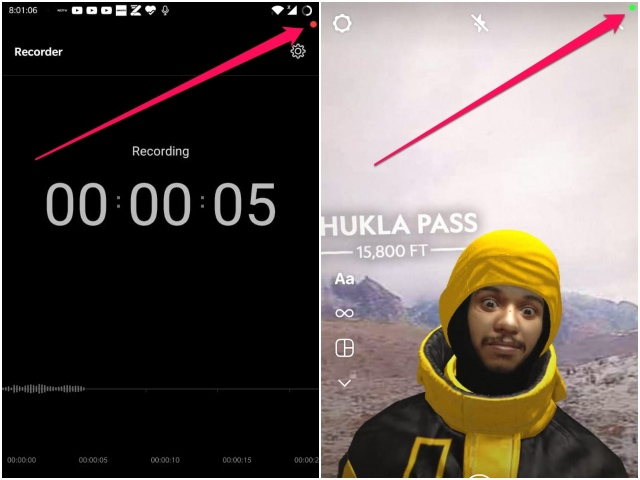 Now, unlike the iOS feature, you get some additional customization options. For instance, you can easily change the color of the dots using a color palette. Apart from this, if you want to change the size or the position of the dots, you have to make an in-app purchase. 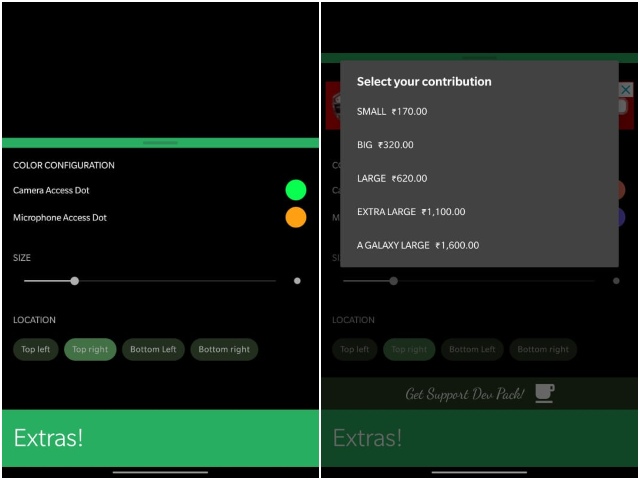 So, if you have seen this new iOS feature and wished that it was there on your Android device, then you are in luck.