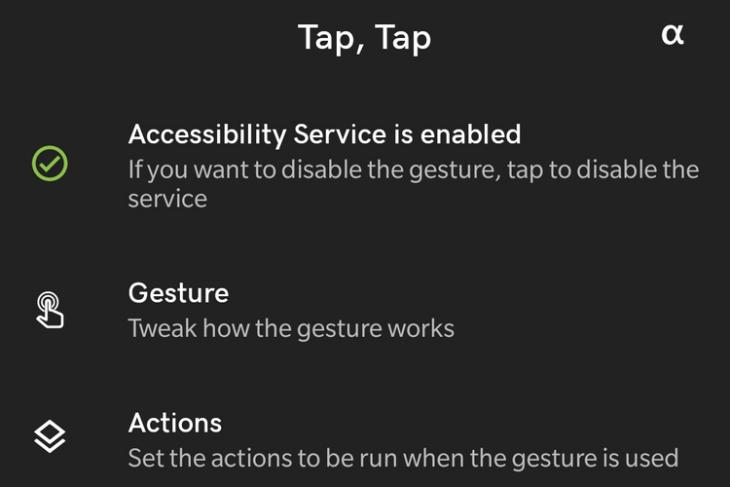 With iOS 14, Apple introduced a back tap gesture that you can use to launch any app. Google has been working on a similar feature with the first developer preview of Android 11 and added new capabilities with the second developer preview. However, the software giant decided to remove it in the following beta releases but that did not stop a developer from porting the feature to work with most Android phones.

The app works based on accelerometer and gyroscope sensors and hence, you won’t need any additional specialized sensors for this to work. It is worth noting that you will have to give Accessibility Service permissions after installing to use the app.

The app uses the same machine learning code and TensorFlow models that Google used in Android 11 DP builds. You can choose any of the device models from the available options – Pixel 3 XL, Pixel 4, and Pixel 4 XL and use the one that works best on your device. This would come in handy as the app doesn’t let you adjust the sensitivity right now. The developer hopes to add sensitivity adjustments in a future update. 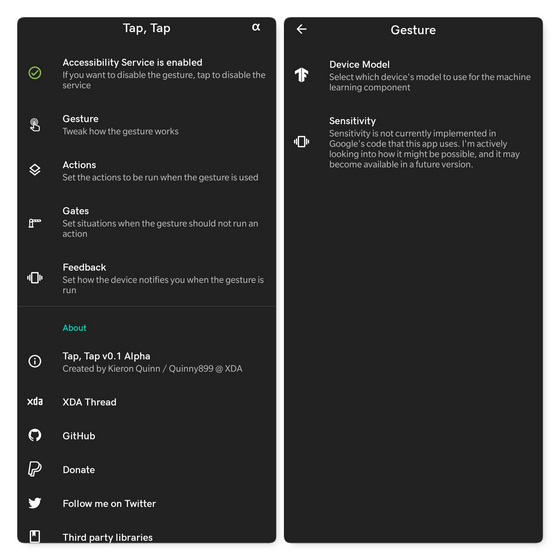 When you install and open Tap, Tap, there will be four sections namely Gesture, Actions, Gates, and Feedback. You can find the aforesaid device model options in Gesture section. In Actions, you can define the activities to perform once you double-tap. Available options include launching Assistant, camera, or an app of your choice, taking a screenshot, or toggling flashlight. 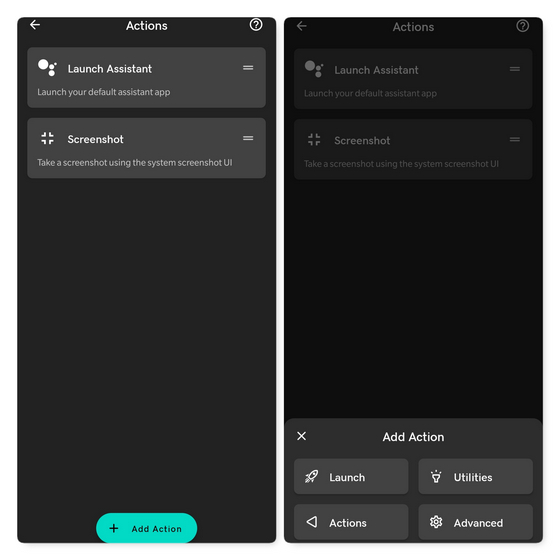 You can also use the app to open the notification shade or quick settings, simulate Home/Back/Recents button actions, or lock the screen. The developer is planning to add Tasker integration in the near future. 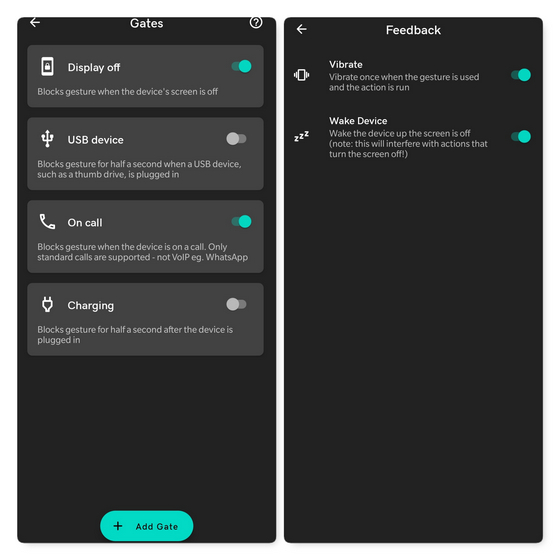 Thanks to the Gates section, you can choose when the feature should not work. The available scenarios are when the display is turned off, when the device is being connected to a USB device, when you’re in a call, and when you’re charging the device. Lastly, the Feedback section lets you decide if the device should wake up when the screen is off. It also has an option to turn off vibration when the gesture is used.

I tried using the app on my phone and it worked quite well despite having a hard case. However, I had a few issues in terms of sensitivity, leading to accidental triggers. Let us know your experience in the comments.