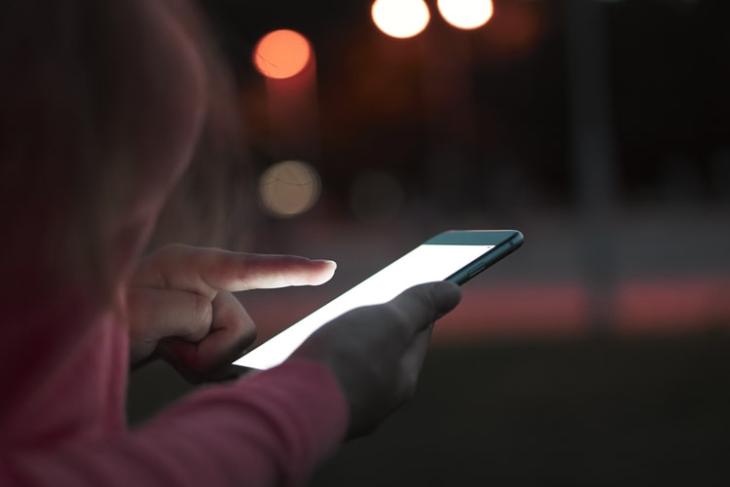 Following the release of the first developer preview of Android 12, we have seen many new features, including a dedicated trash bin and a one-handed mode that Google is currently working on. Now, inside the latest developer preview 3 of Android 12, a new “Extra Dim” feature has been discovered that lets users darken their screens further than the lowest brightness setting on their device.

The “Extra Dim” feature is aimed towards smartphones that come with not-so-dim displays and remain bright enough even after users set them to the lowest possible brightness setting. So, this feature will allow the system to dim the brightness of these displays to a point further than what the OEM might have set.

According to reports, Google was working on the feature for quite some time now. It was initially called “Reduce Bright Colors” or “Reduce Brightness” in earlier versions. However, Google seems to like the “Extra Dim” moniker for the feature. As per the Mountain View-based giant, the feature will make a display comfortable to look at “when your phone’s default minimum brightness is still too bright,” or when “using your phone in dark situations, like at night or in a dark room before bed.”

Now, coming to the “Extra Dim” feature (available as “Reduce Brightness” for us), it resides as a toggle in the quick settings menu. So, you can use the toggle to quickly lower the brightness on your device.

Apart from this, you can also go to Settings -> Accessibility -> Extra Dim to access a few additional settings for the feature. This includes an “Intensity” slider, a toggle for an “Extra Dim” shortcut, and a toggle for the feature to remain turned on after a device reboot. 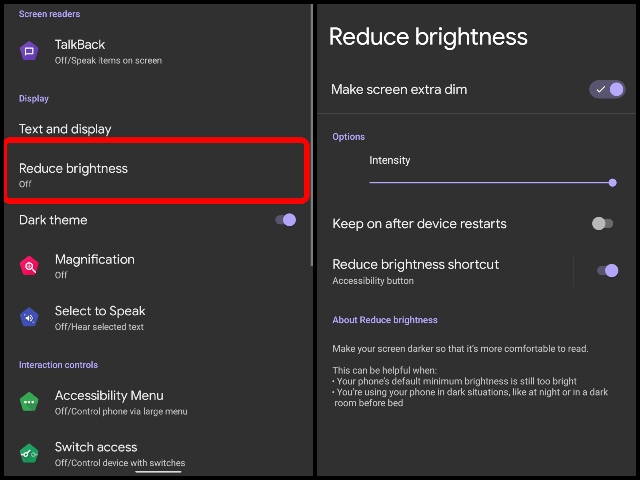 Coming to availability, the “Extra Dim” or “Reduce Brightness” feature is currently live in the DP3 build of Android 12. It is slated to release with the other new features for Android devices later this year. However, there is a chance that Google might ditch it in the stable release of Android 12.