Skip to content
Home News Android 12 Adds a New Game Dashboard; Will Let You Play Games as They Download 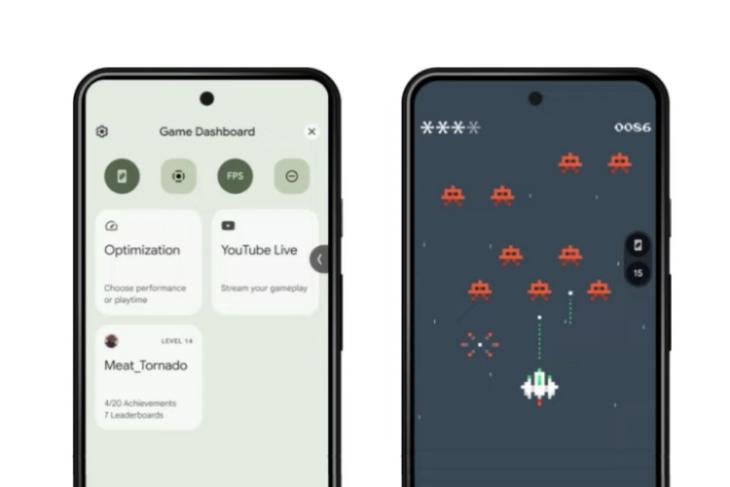 Google has been beta testing its next major Android release, Android 12, for several months now. We have already seen a bunch of new features coming to Android devices later this year, and this includes a gaming dashboard that was spotted earlier this year. And now, Google has finally confirmed its existence and provided more details about the upcoming Android 12 Game Dashboard at its Games Developer Summit.

During the Google for Games Developer Summit keynote, the company showed off the Game Dashboard for Android 12. It will allow players to see an overlay over games and optimize titles to prioritize battery life and performance.

Moreover, the floating Game Dashboard will allow users to access additional features during their gaming sessions. that include utilities such as Do not Disturb, screenshot and screen recording, brightness adjustment, rotation lock, YouTube live streaming, and much more.

Besides these features, Google has confirmed that the Android 12 Game Dashboard will also include game optimization features. Thanks to this, players will be able to optimize titles to prioritize battery life by limiting FPS and power or prioritize performance by boosting FPS and using more battery. Although the game optimization feature requires additional developer support, Google has already announced Samsung as its initial OEM partner.

The company says that the Game Dashboard feature will be available on “select” Android 12 compatible devices later this year. More devices will support this nifty feature in 2022.

Apart from this, the Mountain View giant is also adding a helpful feature in the Play Store, allowing users to play games as they are being downloaded. This feature is called “Play As you Download”. And as the name suggests, it essentially lets users start playing a game before it is completely downloaded on their device.

Games that are compatible with this feature will show a lightning sign alongside the “Install” button in the Play Store listing. You can see an official GIF showing how the feature works right here:

Other than these, Google has also announced the Android Game Development Kit for developers to provide them with tools and libraries to “develop, optimize, and deliver high-quality Android games.” So, for which of these new gaming features of Android 12 are you excited about? Let us know your thoughts in the comments.