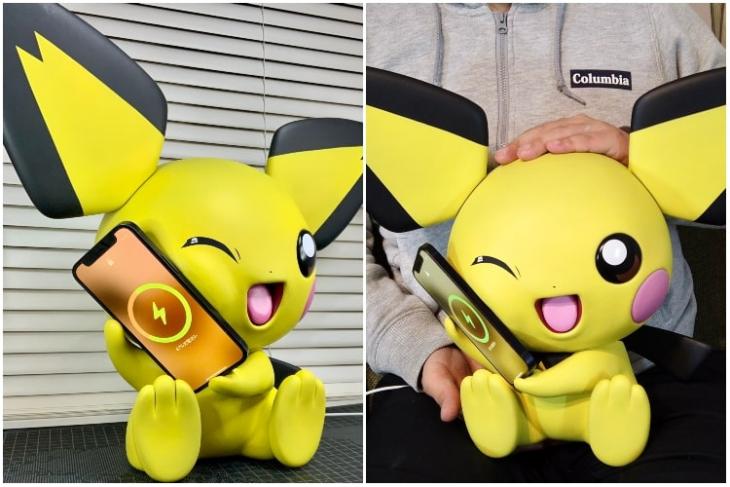 Apple re-introduced MagSafe support with its latest iPhone 12 series and launched a bunch of MagSafe accessories. We have since seen many kinds of MagSafe-supported accessories from third-party manufacturers pop up in the market. Due to the lack of Pokemon-related Magsafe accessories, however, a YouTuber made an ultra-adorable Pichu iPhone charging dock using an Apple MagSafe Charger and some clay.

China-based YouTuber, Clay Yoshirin Pokemon Clay Art, is obsessed with Pokemon and makes cute and super-realistic clay models of different Pokemon on his channel. Recently, the YouTuber shared a video (via Reddit) of himself making an adorable MagSafe charging dock for his iPhone based on Pichu. For those who do not know, Pichu evolves into Pikachu in the Pokemon universe.

Now, to make this super-cute charging dock, the clay artist bought an original 15W Apple MagSafe Charger put it inside one of the cheeks of the Pichu clay-model. Initially, he started by creating a base round-shape of the Pokemon’s head. Then he attached the MagSafe charger to the left cheek of the model and, quite ingeniously, embedded the USB-C cable underneath the clay.

This way, he was able to create the cute Pichu charging dock which shows the iPhone pressed against Pichu’s left cheek while it gives an adorable expression with its eyes. And as the Magsafe Charger is underneath the left cheek, the iPhone charges the whole time Pichu happily holds the device with its tiny hands.

Being a Pokemon fan myself, I am sad that it is not available to buy and is essentially a DIY project (I’m pretty bad at those). And watching the video made me realize that it is not possible to make it unless you are a pro in clay modeling and DIY projects. I am clearly not one!

So, if you want to try out the DIY Pichu charging dock, you can check out Yoshirin’s 9-minute video right below: