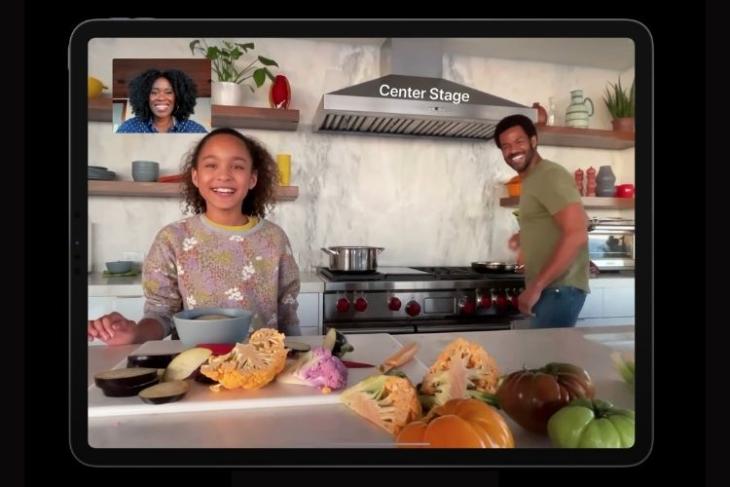 Apple has a habit of announcing features that astound audiences and the April Spring Loaded event was no different. Amidst the unveiling of the M1 iPad Pro and the newly redesigned iMac, a feature that left people excited was “Center Stage”. Making things convenient for working professionals and creators alike, Apple’s Center Stage is an exciting new feature for iPads (resurfacing after the recent iPad mini 6 launch) that makes video calling fun and intuitive. But what exactly is Center Stage, how does it work, and how do you enable the feature on your iPad? We answer all that and more here as we tell you all about Apple’s Center Stage feature and how to use it.

We will go into detail about what is Center Stage, but chances are you are an iPad user wanting to cut right to the chase. If you want to learn how to use it right away, use the table below to jump to that section.

What is Apple’s Center Stage Feature?

The Center Stage feature sees Apple leverage the iPad’s front-facing ultra-wide true-depth camera to make it more useful for the user during a video call. Designed around making the camera follow the user, Center Stage focuses on a subject inside the camera frame and tracks them across its entire field of view. So, after enabling Center Stage, the iPad camera will essentially follow you around when you move during a video call. This happens through automatic panning and zooming of the camera as it sees fit according to the frame. It ensures you will always be the focus of the call and won’t go out of view.

However, if other users join the Center Stage area during a call, the iPad’s camera will automatically zoom out to make room for everyone, as shown in the GIF above. Center Stage is an incredibly useful feature for iPad users who get on video calls on the regular or even for users looking for new ways to experiment with their iPads. Pretty cool, right?

While you may have seen similar technology being offered on the Facebook Portal or Amazon Echo Show 10, Center Stage is the Cupertino giant’s addition to the iPad lineup.

How Does iPad Center Stage Work?

According to Apple, Center Stage uses an intelligent blend of machine learning and iPadOS 15 operating system to render a seamless followthrough experience. Once enabled on a compatible iPad, Center Stage starts by capturing video in a wide-angle field of view of 122 degrees. However, as users get closer or farther, the front camera zooms in/out digitally as needed.

This method also applies to panning the camera around as Center Stage follows a user as they move about the room. However, since there is a range to Center Stage on the iPad, if users move too far away from the device, the feature will stop working. The whole idea of Center Stage is to make your video calls more engaging.

As of now, Center Stage is only supported by specific Apple iPad models. The following iPads are currently compatible with Center Stage:

How to Enable or Disable Center Stage on iPad

Now that you know all about Apple’s Center Stage feature, you must be itching to try this exciting feature for yourself. Well, we have finally reached the stage (no pun intended) where we teach you how to enable Center Stage on your iPad. Make sure that your compatible iPad is updated to iPadOS 15 to use this feature. For the sake of simplicity, we will be using the Facetime app for this tutorial. Now without further ado, follow the steps below:

1. Open the Facetime app on your iPad.

2. With the app open, swipe down from the top right corner to open the Control Center.

3. Then, tap the Effects settings tile to access the Center Stage option.

4. Finally, tap the Centre Stage option to enable it.

And you are all set. Center Stage will now work during FaceTime calls on your iPad. You don’t even need to get on a Facetime call to try it. Simply place your iPad somewhere and try moving back and forth in front of it, and the camera will follow you around. Want to see it in action? Check out the video below where we show you how Apple’s Center Stage feature looks in action:

How to Use Apple’s Center Stage on Mac?

Mac users who have been waiting to learn how to use iPad’s Center Stage feature on their computer can rest easy because there is a way. If you are up to date about the newest apps out there, you might have already heard of the Camo app. Developed by Reincubate, Camo is a software that lets Mac users utilize their iPhone and iPads cameras for video calls on Macs.

While Camo has been out for a while now, a recent update to the app added support for the Center Stage feature. Post this update, 2021 iPad Pro users can now hook up their iPads to a Mac and use its front camera to make video calls. Reincubate recently demonstrated this nifty feature in a tweet, and from what it appears, iPad Pro users can now use Camo and Center Stage together. Moreover, Camo has extensive support for third-party video calling apps, including Google Meet, Skype, Microsoft Teams, Discord, Slack, FB Messenger, among others.

Interested in trying it out for yourself? Camo offers a free trial, post which you can purchase a decently prized subscription to use the iPad’s Center Stage feature on your Mac.

Is the Center Stage Feature Free to Use?

Center Stage is a feature that comes along with Apple’s newest iPad offering natively. Since this is a hardware-dependent feature, Center Stage is completely free to use and keep. However, while apps like Facetime and Zoom are free to use, you might need to pay for other third-party video conferencing apps.

Apple’s Center Stage relies on advanced machine learning algorithms coupled with the new 12MP ultra-wide front-facing camera on iPads. It is present on the newer M1 iPad Pro, iPad mini, and even the new 2021 iPad. However, older iPads, unfortunately, lack the front-facing camera and the chip required for it. Hence, it is highly unlikely that Center Stage will come to older iPads, including the 2020 iPad Air.

Does Center Stage Only Work with Facetime?

If you don’t really use Facetime as your go-to video conferencing app, you can rest easy. Apple’s Center Stage has support for a variety of other video calling software. Developers interested in expanding their app’s functionality to include Center Stage support can use the API offered by Apple.

Apart from FaceTime, a variety of third-party apps support the Center Stage feature to make your video calls more engaging and intuitive. The list of supported apps includes Zoom, Google Meet, WebEx, Skype, Microsoft Teams, and Filmic Pro, among others.

Does Center Stage Work with Zoom?

Apple’s Center Stage does work with Zoom natively. iPad users interested in trying it out need to jump into Zoom’s iPad settings for easy access. Once enabled, Center Stage will turn on by itself and zoom on your face or follow you around as intended.

Can I Use Center Stage on Mac?

While Apple has only made the Center Stage feature available on select iPad models, there is indeed a way to use it on your Mac. As we have explained, you can rely on Reincubate’s Camo app to utilize your iPad’s camera as a webcam for your Mac. Then, you can use Center Stage on your Mac with ease.

Make the iPad Camera Follow You Around with Center Stage

We hope you will have lots of fun testing out Apple’s Center Stage on your new iPad. However, that’s not all there’s to it. You can check out these best iPadOS 15 features to experiment with your device even further. The new iPad mini 6 is a fresh redesign that potential customers can think of buying, along with these best cases and screen protectors. How was your experience with using Center Stage? Tell us all about it in the comments below.