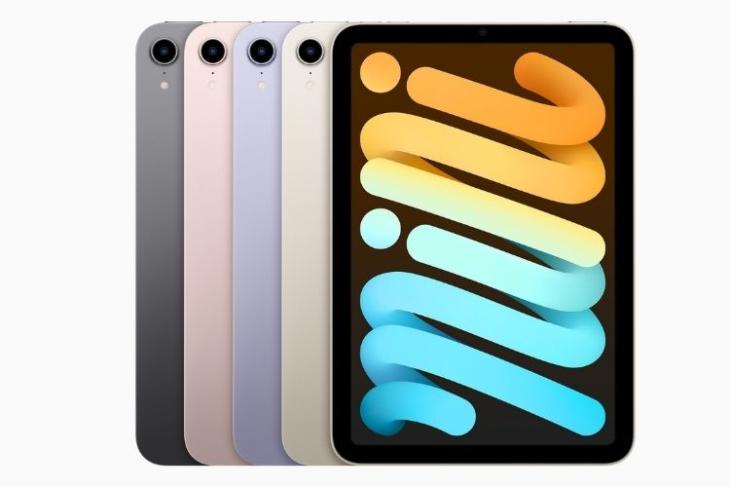 In a surprising move, Apple has unveiled the long-rumored iPad mini refresh at its California Streaming event today. The iPad mini 2021 not only brings a design refresh but also adds Touch ID, 5G support, and more to the device. So let’s not waste more time and take a look at the specs and features of the new iPad mini.

Starting with the design, the iPad mini now boasts the same design as the existing iPad Air and Pro. That means the device boasts an all-metal build with flat edges, and most importantly, a USB Type-C port at the bottom.

A major upgrade comes in the form of a larger 8.3-inch Liquid Retina display as compared to the 7.9-inch screen on its predecessor. The iPad mini still remains the handiest iPad in Apple’s portfolio, though. The panel here supports up to 500 nits of brightness, P3 wide color gamut, True Tone, and anti-reflective coating. The bezels are minimal but you don’t have Face ID onboard. Instead, the mini has Touch ID integrated into the power button at the top.

Under the hood, the iPad mini (2021) is powered by the new A15 Bionic chipset. It includes a 6-core CPU and a 5-core GPU, delivering a 40% and 80% increase in performance as compared to last year’s A14 Bionic chip. There’s also a 16-core Neural Engine and new ML accelerators onboard, enabling the mini to support AI features such as Live Text. The device runs iPadOS 15 out-of-the-box, and you can read all about the best new iPadOS 15 features via the linked article.

As for the cameras, Apple’s latest mini tablet includes a 12MP selfie camera and a single 12MP rear camera. The selfie camera supports a larger field of view and Center Stage to keep users in the frame while they move around.

It’s also worth mentioning that the latest iPad mini supports 5G, offering download speeds of up to 3.5Gbps to users. It also supports Gigabit LTE, Wi-Fi 6, and eSIM support to round up the connectivity options. The tablet also supports 2nd-gen Apple Pencil, which will magnetically attach to the iPad mini for wireless charging.

The new entry-level iPad features the same 10.2-inch Retina display with True Tone support. You still have the Touch ID sensor at the bottom. It is now powered by the A13 Bionic chipset, which is 20% powerful than the A12 Bionic aboard last year’s iPad. It runs iPadOS 15 out-of-the-box.

The device has gotten a big upgrade on the selfie front. The new iPad features a 12MP selfie camera with a 122-degree FOV as opposed to the 1.2MP FaceTime HD camera on its predecessor. It supports Center Stage and will follow you around as you move in front of the iPad.

This entry-level also supports the first-generation Apple Pencil and not the second-gen one, which is supported by the new iPad mini.