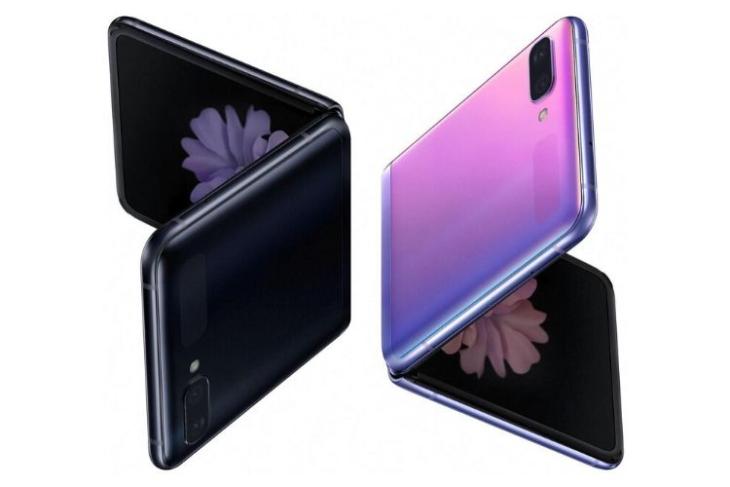 As we step foot into February, everyone’s eyes are fixed on the upcoming launch of the flagship Samsung S20 series. The Korean giant is looking to debut camera beasts this time around, offering features like 100x Space Zoom and Night Hyperlapse, but that’s not all. Samsung’s second-gen foldable smartphone, the Galaxy Z Flip is also expected to make its debut at the Galaxy Unpacked event on 11th February next week.

I bet most of you must have already heard of the Galaxy Z Flip. This Moto Razr-style foldable has been doing rounds of the Internet for the past few weeks. We have seen a myriad of leaks, revealing almost everything from the design and specs to the price, of this device. So, with merely 10 days to go, here’s everything you need to know about the Samsung Galaxy Z Flip:

Samsung’s foldable ambitions kicked-off last year with the Galaxy Fold, which could be folded open to a tablet form factor. It was a leap in terms of smartphone design but the company is now pushing out a clamshell form factor with its second foldable. The design looks similar to the Moto Razr foldable that launched earlier last year and unfolds into a standard phone form factor instead of a tablet, which some might find more appealing.

As you can see in the image above, the Galaxy Z Flip does look pretty painted in a new purple gradient (there’s also a matte black variant you will see below). I quite like this prism effect and color variant but putting that aside, there’s a few things you may have noticed here –

Now, Samsung is said to have come up with a solution for the biggest niggle in Galaxy Fold, i.e. the foldable display protection layer. Even before the device went on sale, the Galaxy Fold’s display broke and was found to be fragile. The company introduced some minor changes to the design – for both the display and hinge.

Well, we can expect the Galaxy Z Flip’s foldable display to hold up better than that of the Fold’s as Samsung is swapping out the more fragile plastic top layer for ultra-thin glass. The Korean giant recently trademarked the ‘UTG’ (ultra-thin glass) logo that it will most likely use to market its upcoming foldable. It will make the Galaxy Z Flip stand out while also proving that the foldable display is more durable and less scratch-prone.

As for additional hardware details, you can see that the Galaxy Z Flip packs a physical fingerprint scanner that also doubles as the power button. Volume rockers on the right, USB Type-C port at the bottom, along with stereo speakers and no 3.5mm audio jack. All things considered, I really like this foldable form factor and can’t wait to get my hands on this device to see how easy it is to flip open and if the UTG display holds up.

While initial speculation suggested that the Galaxy Z Flip will be a mid-range phone, recent leaks revealed that it will indeed be a flagship smartphone. Samsung’s second foldable phone will be powered by the Snapdragon 855 Plus, coupled with 8GB of RAM and 256GB of internal storage.

Further, the Galaxy Z Flip probably won’t have 5G connectivity support as revealed by the device’s FCC listing. It will run the company’s OneUI 2.0 skin based on Android 10 and if you are unfamiliar with it, check out its coolest features right here:

The renders show that Galaxy Z Flip will feature dual-cameras on the outside and only a single camera on the inside, sitting in a punch-hole at the center. The dual-camera setup has been rumored to pack a 12MP (f/1.8-f/2.4) dual-aperture primary lens and a 12MP (f/2.2) ultra-wide camera. You can expect to find a 10MP (f/2.4) selfie snapper on board as well.

Apart from the specs, I would like to mention that Samsung will optimize the software to work in sync with the new folding design. It will lock in two positions, fully-open at 180-degrees and half-open at 90-degrees. OneUI 2.0 will be adapted such that the latter position will come in handy for video calls or capturing videos at weird angles. You’ll see the viewfinder on the upper half and controls on the bottom, just like this –

The renders suggest that the Galaxy Z Flip will be pretty sleek for a foldable. This means you shouldn’t expect to see a huge battery pack under the hood here. Leaks suggest that the foldable will house a 3300 mAh battery, which is split into two halves — 2375 mAh and 925mAh.

While I’m okay with the battery size, it is the charging speeds that seem disappointing to me. Galaxy Z Flip is expected to bring 15W wired fast-charging support, along with 12W wireless charging and Wireless Powershare (4.5W), to charge other phones by placing it over the Samsung device. Samsung should have at least offered 25W fast-charging tech support aboard its upcoming foldable. 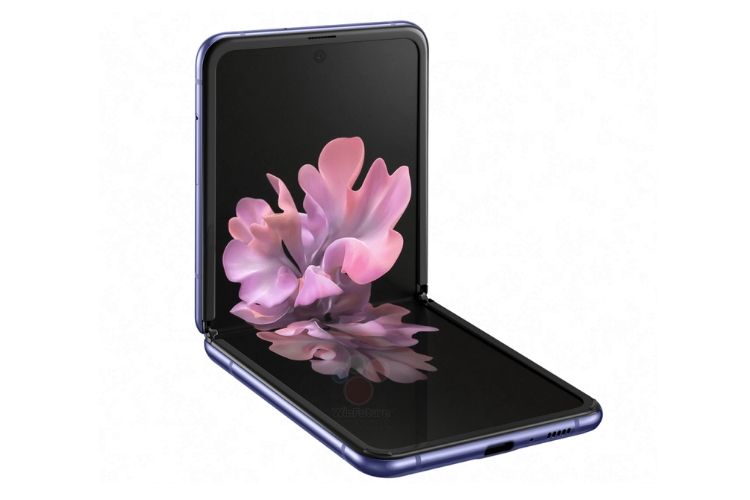 Coming to one of the most important talking points, the form factor of the Galaxy Z Flip enables Samsung to lower the entry-point for users who want to own foldables. So yeah, the rumors could be right on the money when saying that the Galaxy Z Flip will go on sale for 1,500 euros (around $1,650 or Rs 1,19,000) in Europe. That’s about the same price as the Moto Razr foldable but affordable than the Galaxy Fold.

The Galaxy Fold was launched at Rs. 1,64,999 in India last year and it flew off the shelf within minutes. So, users who want a premium phone and are ready to spend over one lakh rupees would love to get their hands on cutting-edge technology over, say the next iPhone.

Galaxy Z Flip will be the first foldable phone to launch in 2020. It’s one of the most-anticipated phones as it will push the envelope for what’s possible with the foldable form factor. Rumored to feature a clamshell design, more durable glass layer over the foldable display, and a traditional form factor, Galaxy Z Flip is all set to not only take on the Moto Razr but one-up it.

Galaxy Z Flip should offer you more than just a dose of nostalgia in the form of flagship-grade performance at the same $1500 price point. So, are you excited for the launch of Samsung Galaxy Z Flip next week? Do you think it’s a more feasible form factor than its elder sibling, the Galaxy Fold? Share your opinion with us in the comments below.