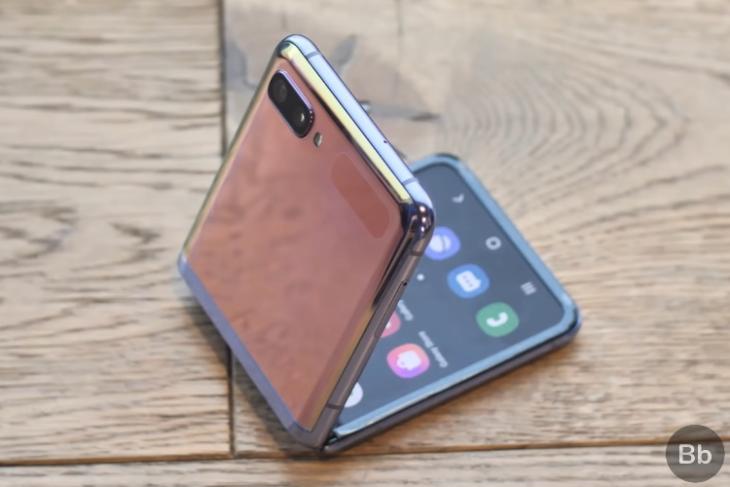 Merely a week after its official unveiling at the Galaxy Unpacked 2020 event in San Francisco, Samsung has brought its latest foldable phone, the Galaxy Z Flip to India. The company has today launched the Galaxy Z Flip in the country, before the much-awaited Moto Razr. Z Flip boasts a clamshell design, similar to the new Moto Razr, with upgraded Ultra Thin Glass protection. You will also get a flagship chipset, dual rear cameras, and a punch-hole selfie camera, among other things.

Galaxy Z Flip has been priced at Rs. 1,09,999 for the single 8GB+256GB variant. It is going to be available in 3 attractive color variants, namely Mirror Purple, Mirror Black, and Mirror Gold (available in select markets and well, India is, fortunately, one of the said markets).

The clamshell folding phone will be up for pre-order via Samsung’s online store and select offline stores starting tomorrow. The shipments begin February 26 but only for those who have pre-ordered the device. Galaxy Z Flip will officially go on sale in India sometime in the near future due to limited stock availability.

Talking about the specs, you already know that Samsung has opted for a new clamshell design this time around. The Korean giant has updated the hinge mechanism. It’s now a free-standing hinge, which means you can open it at any angle and comes in handy while you’re on a video call or taking Night Mode photos without a tripod.

Galaxy Z Flip comes equipped with two displays. A 6.7-inch Full-HD+ AMOLED display that folds on the inside and a tiny 1.1-inch OLED display, next to the dual cameras, on the outside. The former boasts a 21.9:9 aspect ratio, 1080 x 2636-pixels resolution, and comes with Ultra Thin Glass protection, along with a plastic screen protector on top. The latter has a 300 x 112-pixel resolution and comes handy for checking notifications, time, and clicking selfies (weird, but yeah, it does).

Under the hood, the Galaxy Z Flip shines above the Moto Razr. It comes powered by last year’s Snapdragon 855 Plus chipset, coupled with 8GB RAM and 256GB storage. You get OneUI 2.1 based on Android 10 out-of-the-box.

In the camera department, the foldable display has a punch-hole cutout and it houses a 10MP (f/2.4) camera for your selfie needs. There’s a dual-camera system on the outside, with a 12MP (f/1.8) primary and a 12MP (f/2.2) ultra-wide-angle lens. It supports all key camera features that you find on Samsung flagships. 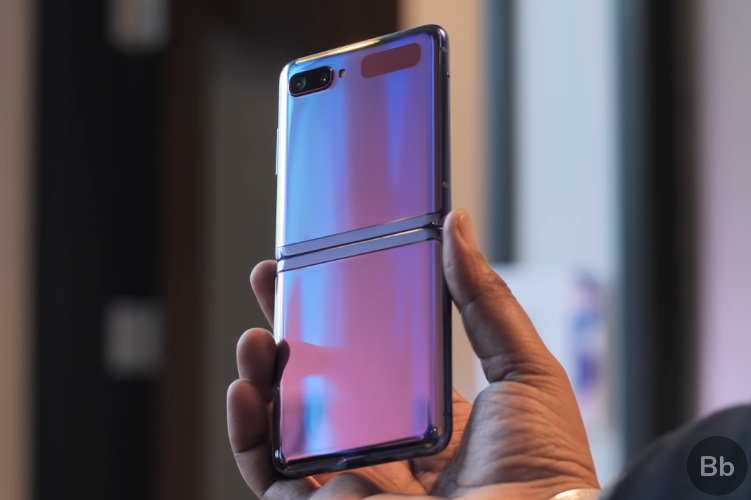 Finally, Galaxy Z Flip includes a tiny 3300mAh battery pack that’s split into two halves to easily fit into the foldable chassis here. You get a 15W fast charger in the box and Z Flip supports 10W wireless charging as well. There’s no headphone jack on board but you do get Type-C AKG-branded earphones in the box.

While Motorola has been whiling away time, merely teasing the India launch of its folding Moto Razr smartphone, Samsung has taken an upper hand by bringing to the masses an attractive and more polished device. So, are you eager to check out the Galaxy Z Flip? If so, do let us know your thoughts in the comments below.