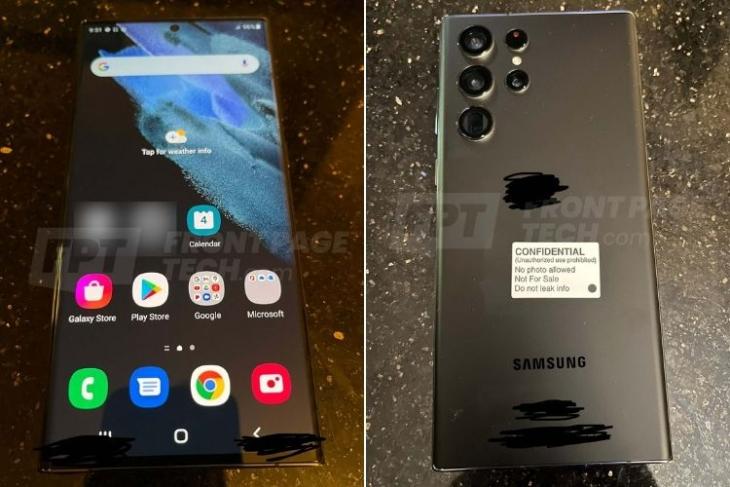 Samsung is working on its next-gen flagship smartphone series, the Galaxy S22 series, and it’s rumored to launch sometime in February next year. Although we have seen several high-quality Galaxy S22 renders leak in the past, recent reports suggest that Samsung aims to launch the Galaxy S22 series with the Snapdragon 898 chipset globally. Instead of launching the series with the rumored Exynos 2200 chipset in certain markets, the devices will come with Snapdragon 898 everywhere.

The report comes from a Korean YouTuber named Super Roader (via LetsGoDigital), who is apparently a former Samsung Electronics employee. In one of his latest videos, Super Roader revealed that the Korean giant is aiming to utilize the upcoming Snapdragon 898 chipset for its Galaxy S22 devices in all the markets worldwide.

Currently, Samsung uses Qualcomm’s flagship chipsets for its Galaxy S-series in certain markets, while it uses in-house Exynos chipsets in other markets such as India, South Korea, and others. However, that could change in 2022, as the company plans to ship every Galaxy S22 device with the Snapdragon 898 chipset instead of the Exynos 2200.

The chipset, in question, will likely release at the end of this month or early next month. It is tipped to include the new Cortex X2 core that will give it a 16% performance boost compared to its predecessor. Furthermore, it will use Samsung’s 4nm manufacturing process and will feature Qualcomm’s latest X65 modem and the Adreno 730 GPU.

Now, coming to the question of, why did Samsung choose to make the switch to Qualcomm’s chips for its next-gen flagship devices for all markets in the world, the YouTuber cites the ongoing global chip shortage. As per Super Roader, the current chip situation in the market has forced Samsung to make the move and launch its Galaxy S22 series with chips from a single vendor.