Skip to content
Home Mobile Android RCS Chat vs iMessage: Which One Is Better and Why?

iMessage is an integral part of the Apple ecosystem – and probably the most loved component of the platform. Ask any iDevice owner about the one thing they admire a lot in the Apple ecosystem and the most common answer that you may get is – The Blue Bubble! To discover how much the messaging app is wanted on other popular platforms, simply type in “iMessage for” in the Google Search. And most of the results you will find will be for getting iMessage on other platforms.

On the other hand, Google’s tryst with a top-notch messaging app is yet to be fulfilled despite several attempts. From Google Talk/Chat (2005) to Google+ (2011) to Google Allo (2016), Android’s messaging mess seemed to continue for many more years until the search giant announced RCS chat in 2018. Packed with a range of top-of-the-line features, RCS messaging is even considered by many as the iMessage of Android. And that’s exactly why I thought it would be great put RCS Chat vs iMessage on every front to find out which one comes out as the better option.

To get the right answer, I have compared the two messaging apps on four major parameters: User-Interface, Seamless Experience, Features, and Security & Privacy. So, whether you are sitting on the fence waiting for an iMessage competitor to finally arrive on Android or the curiosity has driven you to explore the differences between RCS Messaging and iMessage, this detailed piece can offer you the right answer.

So, Why Google Took So Long to Embrace RCS Messaging?

Before getting into the comparison mode, let’s delve a little deeper as to why it has it taken so long for Google to introduce an iMessage like messaging app on the Android platform.

iPhones have had a fully functional iMessage app since iOS 5 (announced on Worldwide Developers Conference on June 6, 2011). Even third-party OTT services like Signal and WhatsApp have provided the same features for several years. So, why didn’t Google embrace the RCS protocol which brings all these features earlier? Well, the biggest reason is that Google was giving Android to OEMs all of which shipped their own messaging app. This made it difficult for Google to push a unified messaging app for Android.

The second reason behind the delay is that for making RCS work, Google is reliant on the network carriers none of which are known for their efficient and on time delivery of of software updates and products. Basically, the development of RCS had too many factors that were not in Google’s hands and that’s why RCS was delayed so much. Thankfully, now there are ways to enable RCS on your Android device even when your carrier has not implemented it. With that said, let’s begin our comparison, shall we?

While the UI of a messaging app may not matter to many people, it is indispensable for most users (me included). No matter how feature-rich an app is, if it has a clunky interface that warrants a good amount of learning curve, few people will find it appealing. Fortunately, both RCS messaging and iMessage sport a clutter-free user-interface. While the messages view of both these apps doesn’t look pleasing to the eyes, the individual conversation thread seems more intuitive. 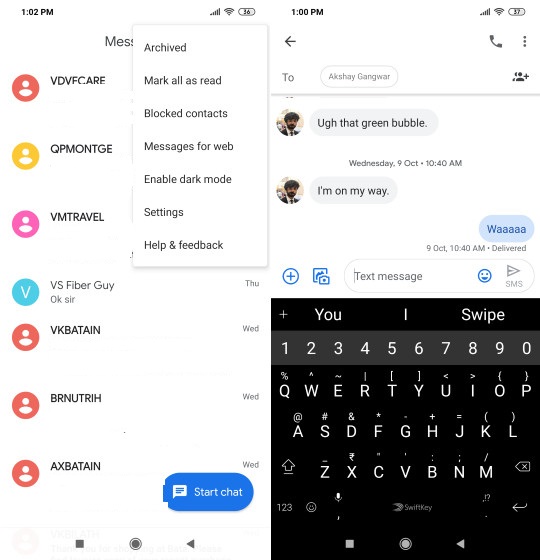 When put side-by-side, Rich Communication Services’ UI appears slightly more lightweight and cleaner than that of iMessage. As for simplicity and ease-of-use, both are on par with each other. As to which one is better than the other in terms of UI and UX, I would say it all comes down to personal preference. 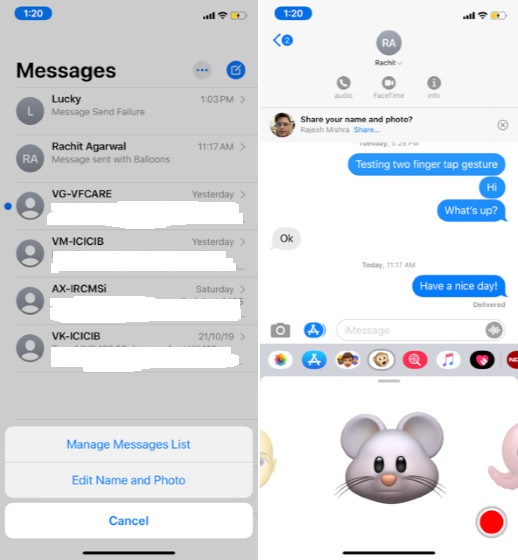 However, if you were to force me to pick one, I would go with iMessage. Why? Well, I really love the Apple-esque interface that the app features. The app drawer looks really cool and offers some neat customization. Moreover, it also opens the door for a whole new world (more on this later). Furthermore, Animoji and Memoji (even though many find them nothing but gimmicks) have gone slightly deeper into my personal roster of fun-loving messaging tools. So, it’s a little hard for me to give up on them all. Beyond personal preference, this round ends in a tie.

Seamless experience and iMessage goes hand in hand. Whether you are on iPhone, iPad, Mac, or Apple Watch, you can seamlessly communicate with other iDevice users. Probably, the best part about the blue bubble is that it has a pretty similar interface across devices and work efficiently. Thus, if you love using iMessage on your one device, chances are you would enjoy every bit of it on your other device. Of course, you will be restricted inside the so-called walled garden but as long as you relish interacting with the people having iDevices, you wouldn’t have any complaint. 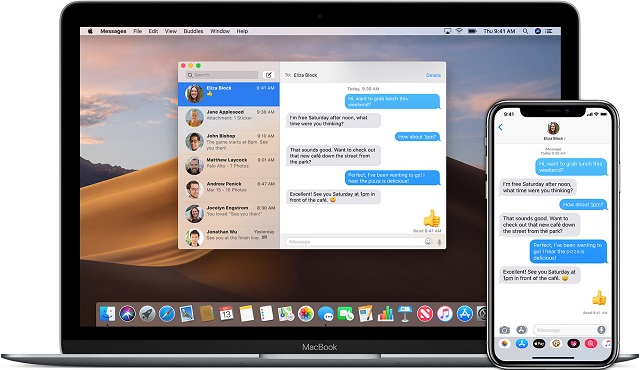 RCS is designed to offer a unified messaging experience and promises to surpass Apple’s offering. Unlike Apple’s Messages app, it’s not chained in a walled garden either. That means if you have enabled RCS chat on your Android device, you can communicate with anyone. This is probably the biggest advantage it has over iMessage that is often criticized for the limitation. What’s the point in having the best messaging app in the world, if you can’t use it to communicate across the board.

At this juncture, RCS chat seems to be stuck into slightly complex roll-out policies involving Android device makers and carrier providers. And unless both of them are on the same page, it will remain in the lurch.

The good thing is that Google has already taken the matter in its own hand and started rolling it out to device owners directly in a few countries ( i.e France and the UK). So, the situation could change dramatically in the future. Therefore, I don’t give much weight to this temporary situation. And that has tilted the tide in favor of Google Messages app – even though it might be by a whisker!

Setting iMessage vs RCS Chat in terms of features seems to be nothing but an unfair act. Apple’s messaging app has been around for several years and has probably become the gold standard of what a top-notch messaging app should be, while Google’s offering has just started out. That being said, the feature set of RCS at its start is not that bad either. RCS messaging is good enough to send a variety of files like images, videos, PDFs and even APKs. It’s also touted to allow making payment securely. If iMessage claims to provide a seamless video calling experience, the Chat is not behind either thanks to the integration with Duo.

As of now, RCS chat can’t send video files larger than 105MB nor can it share AR-style emojis. Besides, it also pales in comparison as far as app integrations are concerned. For many people, these shortcomings might not be deal-breakers. But those who love to have the luxury of a large collection of tools for fun-filled conversations, they would find iMessage much better shot. 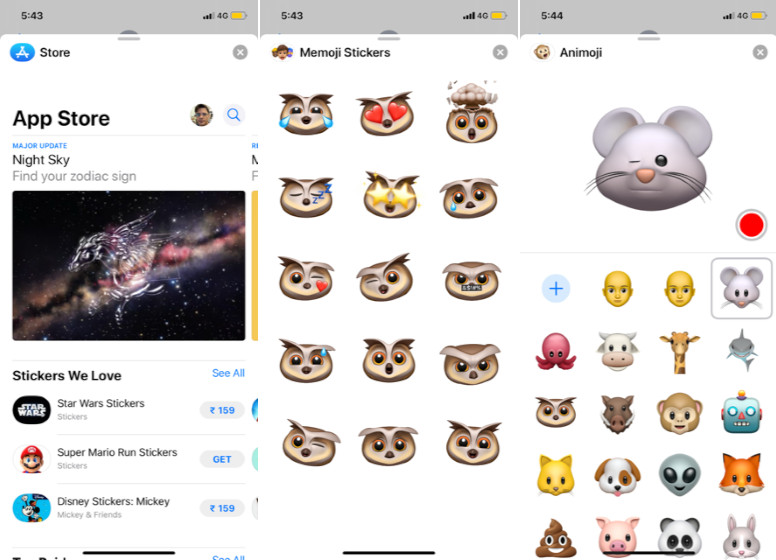 Another place where RCS falters is the third-party app integration. Apple first added third-party integrations to iMessage in iOS 10. Since then, the messaging app has come a long way. So, you can get tons of crazy sticker packs and games to play while chatting with your buddies. At launch, RCS has no such features. And it might take several years for Google to come even close to what iMessage is today. So, this round comfortably goes to Apple’s offering.

We can’t have a meaningful discussion about RCS Chat vs iMessage without touching security and privacy, can we? More than the eye-catching screen effects or the fun-loving bubble-effects, what puts iMessage ahead of the curve is the robust end-to-end encryption. While almost every other messaging platform like Facebook Messenger, WhatsApp, and Telegram claim to offer a top-of-the-line shield to the private conversations, none of them enjoy the same level of trust that iMessage boasts. Part of the reason why the blue bubble has a clear edge over rivals is the solid reputation Apple has built over the years. 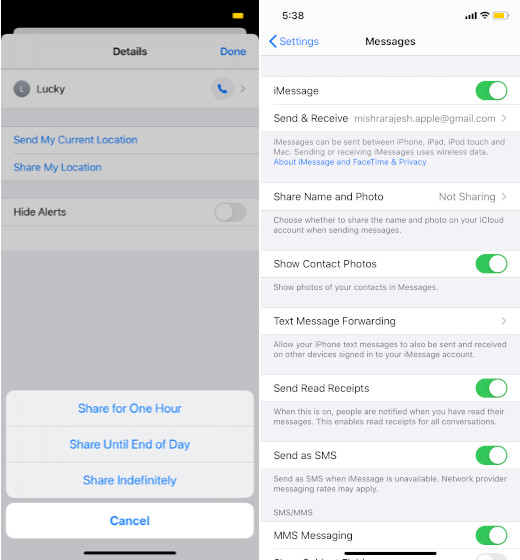 Of course, Apple has also been embroiled into some serious privacy issues like the “FaceTime bug” that allowed users to hear the audio of the person they are calling even before he/she could accept or reject the incoming call or the sensational revelation that Apple contractors used to listen to recorded Siri conversations. Nevertheless, those incidents have been few and far between – certainly not to an extent that could make Apple customers lose sleep!

As compared to iMessage, RCS Chat is far less secure – to say the least. And probably the biggest drawback of Rich Communication Services is the lack of end-to-end-encryption. Yeah, you heard it right! In an age where security and privacy have become a huge concern in the backdrop of rampant hacking and cybercrime, here is an advanced messaging app that doesn’t yet provide a reliable safeguard to private conversations. 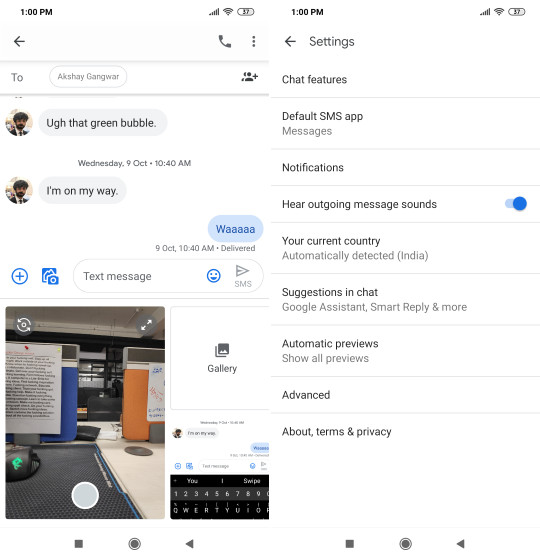 So, whether you are a professional who shares sensitive information with your colleague or a normal joe who wants to keep the personal conversation away from the sight of the prying eyes, iMessage has to be your pick – without an iota of doubt. The battle between RCS and iMessage on privacy and security front seems too lopsided to even bring it into the discussion.

SEE ALSO: How to Deregister iMessage and Facetime

RCS Chat Vs iMessage: Long Way to Go for Google

Having taken a close look at what these two popular messaging apps have to offer, I must say that iMessage has come out as the winner. While Google’s Chat has got most of the basics covered, it is still in the early days. Whether it’s efficiency or security or top-notch features, it is nowhere near Apple’s offering – at least for now. But I do think that if the search giant doesn’t give up on this and continue to enhance the functionality while still keeping the security intact, the battle could come a bit close in a few years from now.