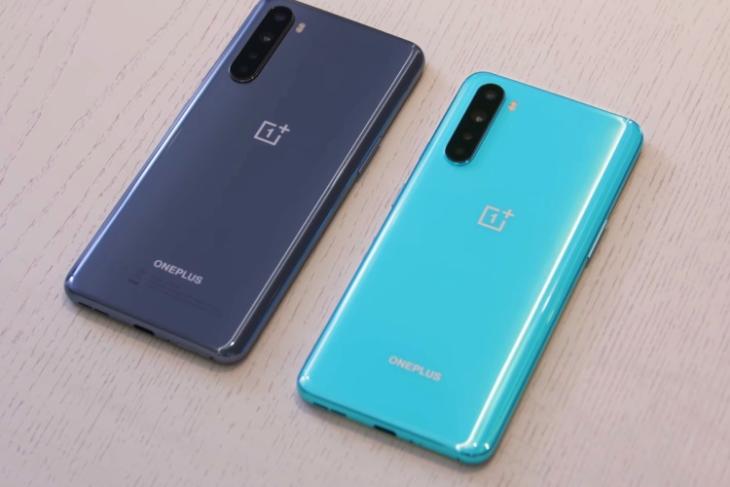 The OnePlus Nord launch is right around the corner. The company has already shed a light on some of the key specifications of the upcoming mid-ranger. This comprises of a 90Hz AMOLED display, Snapdragon 765G chipset under the hood, 48MP quad rear and 32MP dual-selfie cameras.

Today, the OnePlus Nord India variant has been spotted over at Geekbench, giving us eager users a brief idea of the Snapdragon 765G’s performance. The device carries the model number AC2001, which is the same as a recent OnePlus device certified by India’s regulatory agency BIS.

The Geekbench listing, as seen below, confirms what’s already known about OnePlus Nord. It will have the Snapdragon 765G under the hood, along with up to 12GB RAM. The device will run Android 10-based OxygenOS 10 out-of-the-box, which is also not surprising. The company will most likely bring 6GB and 8GB variants of the Nord to India to attract masses. 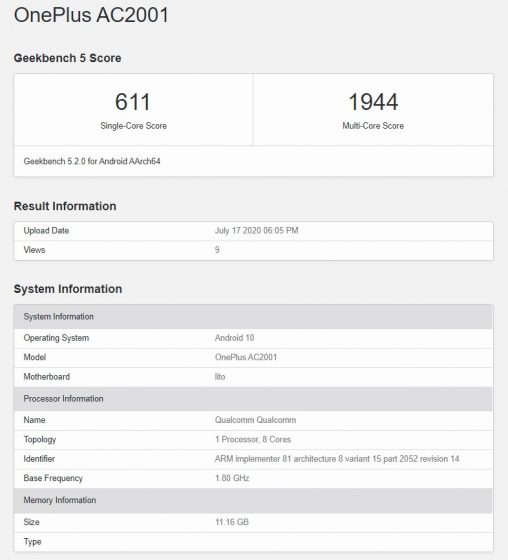 Snapdragon 765G, of course, brings performance improvements over the Snapdragon 730G but it still does not match the might of the flagship Snapdragon 855 Plus chipset from last year. The Geekbench score here may give us a brief idea of the performance metric but it does not exactly translate to day-to-day use.

Also, users have different preferences when picking a phone. One may be fine with a 120Hz LCD screen while the other prefers an AMOLED panel. The same goes for the software and user experience, which is way more refined on OnePlus phones. Nord is set to make its debut on July 21st next week, along with OnePlus Buds. So, stay tuned for more official information.