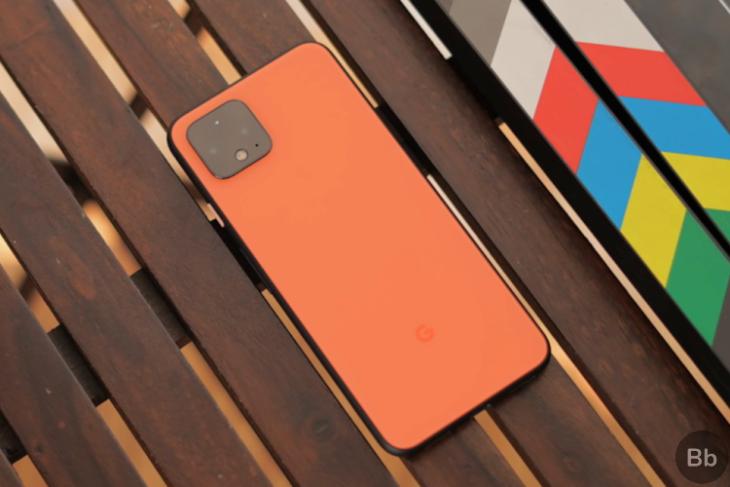 Google has started rolling out its second ‘Pixel Feature Drop’ that brings a whole set of new features, along with improvements, March security patches, and bug fixes for Pixel devices. Notably, the update brings much-awaited features like Dark Mode Scheduling and Cards & Passes access via a press of the power button, among other things.

Until now, Pixel 4 users were able to change music tracks using Motion Sense Gestures. The latest Pixel feature drop brings the ability to pause and resume music that got introduced in the Android 11 Developer Preview to the masses.

Google introduced its car crash detection feature through the Personal Safety app for Pixel 4 users in the US last October. The company is now expanding the safety feature to users in Australia and the UK. For the uninitiated, the Personal Safety app detects when your car gets crashed using your location, sensor readings from the accelerometer, and microphone to automatically call emergency services.

Cards and Passes showed its first signs of existence in Android 10. The feature lets you quickly access your cards via Google Pay for faster payments. All you have to do is press and hold the power button to view and swipe through your saved debit and credit cards, event tickets, or boarding passes.

Pixel 4 users will also be able to access emergency contacts and medical information upon entering the new cards UI. It’s worth noting that the availability of the feature is limited to users in the US, UK, Canada, Australia, France, Germany, Spain, Italy, Ireland, Taiwan, and Singapore.

The feature that should have been included ever since the implementation of system-wide dark mode in Android is now finally coming to Pixel devices. Dark Mode Scheduling allows Pixel owners to schedule and switch themes based on the time of the day. You can see the feature in action in our Android 11 Developer Preview hands-on video. It was the first time we spotted this feature on a Pixel device.

The new ‘Rules’ feature lets Pixel users automate their phones instead of manually doing redundant tasks. For instance, you can configure the feature to automatically silence the phone whenever you reach your work location based on your WiFi network or location. As Google’s blog post points out, another vital use case of Rules would be configuring DND to automatically turn on when you enter your house.

You get a total of 169 new emojis (part of Emoji 12.1) with this update. The emojis are gender and race inclusive, as you would expect. 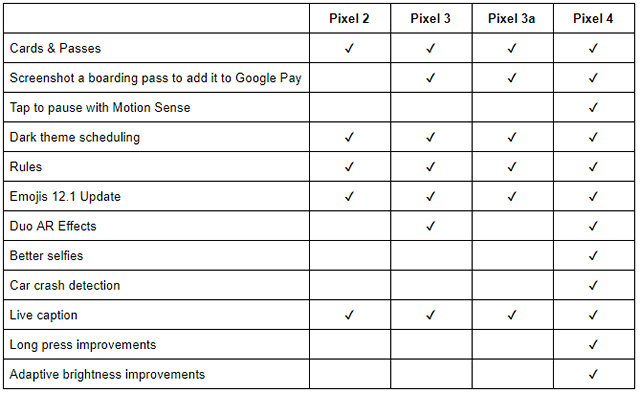 The update also adds AR stickers to Google Duo, improves Portrait Blur and Color Pop on Pixel 4’s selfie camera, improves long-press and adaptive brightness, the ability to create 3D photos for Facebook, and brings the Live Caption feature to Pixel 2 users. So yes, it’s definitely an update to look forward to. Have you received the latest Pixel Feature Drop? Let us know your experience with the new features so far.