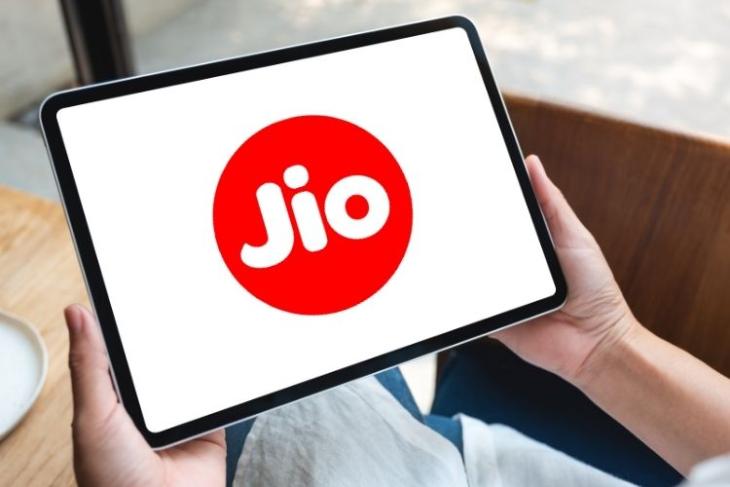 Jio recently introduced its first Android smartphone, the JioPhone Next, in India and is also expected to get into the laptop space soon. It seems like the popular telecom operator is not looking to stop there, as it is now reportedly looking to soon introduce a tablet and a smart TV as well.

Jio Working on a Tablet and Smart TV

A report by 91Mobiles (courtesy, tipster Mukul Sharma) suggests that a tablet and a smart TV by Jio are in the works and could launch in India next year. If we were to guess a timeline, the launch could take place at the company’s 2022 Annual General Meeting. To recall, the JioPhone Next was also announced at this year’s AGM.

While we have a hint at the possible Jio hardware products, there’s no word on the tech specifications or the design of the purported Jio tablet and smart TV.

That said, we do have some details to look at. It is suggested that the tablet will also run PragatiOS, which is also seen on the JioPhone Next. PragatiOS is a specially-tailored skin based on Android Go Edition. It comes with a number of cool features such as Read Aloud, Translate, a number of camera features, and more.

Furthermore, the tablet could be powered by an entry-level Qualcomm Snapdragon chip and come with Google and Jio apps. There are high chances that the device will be affordable to take on the competition by Motorola and Samsung.

As for the smart TV, it could come with the Jio set-top box that comes bundled with the JioFiber plans. It is most likely to get multiple screen size options, various smart features, and get an affordable price tag to compete with Xiaomi, Realme, and even Samsung smart TVs.

There are chances that the rumored Jio laptop might also launch alongside the TV and tablet. The “JioBook” is expected to come with a really affordable price tag, a Qualcomm Snapdragon 665 chip, get support for Google and Microsoft apps, run Android, support 4G LTE, and more. It was even spotted on BIS and is expected to launch next year.

Just to clear the air, these are rumors and it remains to be seen whether or not Jio plans to expand its product portfolio. We will update you with more details when we get them, so stay tuned. Meanwhile, don’t forget to tell us what you think in the comments below.