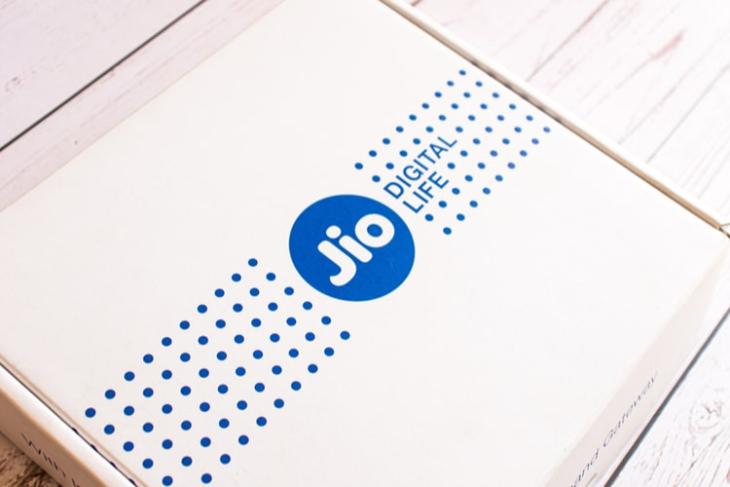 After launching its anticipated JioPhone device at an ultra-low price tag, Reliance Jio now aims to capture the laptop market. As per a recent report by XDA Developers, Jio has been working on a low-cost laptop with cellular connectivity dubbed JioBook. It will reportedly be a budget laptop running on Google’s Android OS instead of Microsoft’s Windows platform.

Back in 2018, the Senior Director of Product Management at Qualcomm, Miguel Nunes, reportedly discussed the Jio laptop with Reliance. Following that, however, there were no reports on the same. Now, the folks at XDA report that the company started work on the JioBook in September last year. Jio will start assembling the device in mid-May, as per the report. So, Reliance might launch the device at the end of this year or early next year.

The publication attained a live image of the unfinalized model of the JioBook, which you can check out right below:

To develop the laptop, Jio has partnered with a Chinese engineering firm called Bluebank Communication Technology. The firm has reportedly tested several iterations of the JioBook with low-cost components, notably from Samsung and Qualcomm.

As per the report, the JioBook will pack the Qualcomm Snapdragon 665 SoC inside and run Android. It is mainly because the Snapdragon 665 is one of those processors that does not support Windows 10 on ARM. And Reliance is using the processor to cut down on the cost of production.

So, Reliance will reportedly integrate Google’s mobile OS into the laptop and slap a skin on top of it, calling it JioOS, as per XDA.

As for other internal specs, the report says that Bluebank Communication Technology has developed a couple of JioBook models. These include a model with 2GB of LPDDR4X RAM with 32GB of eMMC storage and another one with 4GB of LPDDR4X RAM and 64GB of eMMC 5.1 storage. However, we do not know if these will be the final specs of the JioBook.

Furthermore, as per a list of components, JioBook might feature a mini HDMI connector for video output, Bluetooth, Wi-Fi support over 2.4GHz and 5GHz frequencies, a three-axis accelerometer, and a Qualcomm audio chipset.

Now, the report also says that there will be no Google apps pre-installed on the JioBook. It is because pre-installing Google’s app suite requires a license to distribute Google Mobile Services. And as Reliance is trying to cut down on cost, it is unlikely for the company to include Google apps onboard. However, there will be a host of Jio apps pre-installed on the device. Besides, there will also be a few Microsoft apps, including Microsoft Teams, Edge, and Office.

Coming to the price of the JioBook, there are no mentions of it anywhere as of now. The device, however, is expected to retail at a really low price in India as it aims to capture the lower-income groups of the population. Plus, the company plans to expand the adoption rate of its digital services in the country. So, a bigger-screen device in the hands of millions of people in the country will surely boost the adoption of its digital services.