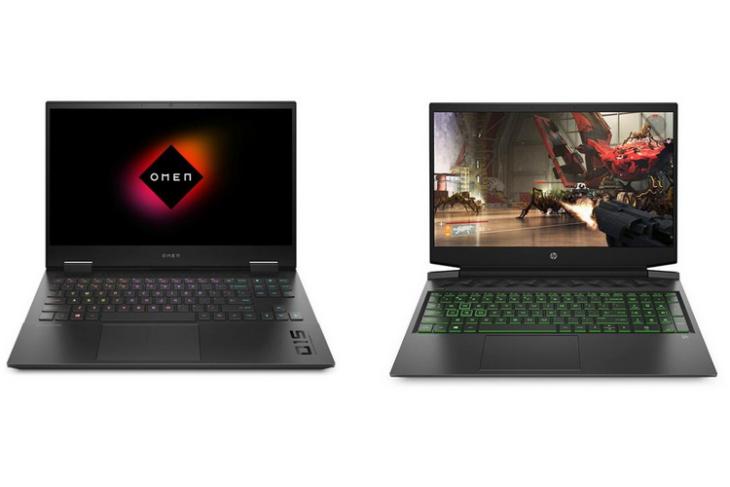 The latest ‘OMEN 15’ gaming laptop features a redesigned chassis and is available in Intel and AMD-powered options. The Intel variants are powered by up to 10th-Gen Intel Core i7 H-series processors. The graphics in these models go up to Nvidia GeForce RTX 2070 Super with MAX-Q Design. The AMD models will be powered by Ryzen 7 H-series processors. The laptops will ship with up to 32GB of DDR4 RAM and a variety of storage options, including up to 1TB PCIe SSD.

The OMEN 15 series will also feature multiple display options, including OLED panels. Buyers will also be able to choose FHD screens with 300Hz refresh rates and Nvidia G-SYNC support. The laptops will also ship with ‘IR thermopile sensors’ to optimize thermal management. While the Intel variants are available at a starting price of Rs. 79,999, the AMD-powered models start from Rs. 75,999.

The HP Pavilion Gaming 16 laptop is the company’s first ever 16-inch diagonal gaming PC. However, the company says it will also be a perfect choice for video editing and content creation. It features up to 10th-Gen Intel Core i7 processors and up to NVIDIA GeForce GTX 1660Ti graphics within a sleek angular black chassis. Like the OMEN series, it will also be offered in AMD options. The Pavilion Gaming laptop has a 16-inch 1080p IPS display with minimal bezels and comes with Wi-Fi 6 connectivity. The Intel-powered models are available at a starting price of Rs. 70,999, while the AMD variants start at Rs. 59,999.

Alongside the OMEN and Pavilion laptops, HP also introduced gaming accessories like OMEN Vector Mouse for Rs. 3,999, the ‘OMEN EXCEED’ backpack at Rs. 5,999, the Sombra Black Gaming Headset starting at Rs. 7,999, the OMEN Surpass rolltop for Rs. 7,999 and the HP OMEN Duffle V1 for Rs. 9,999.