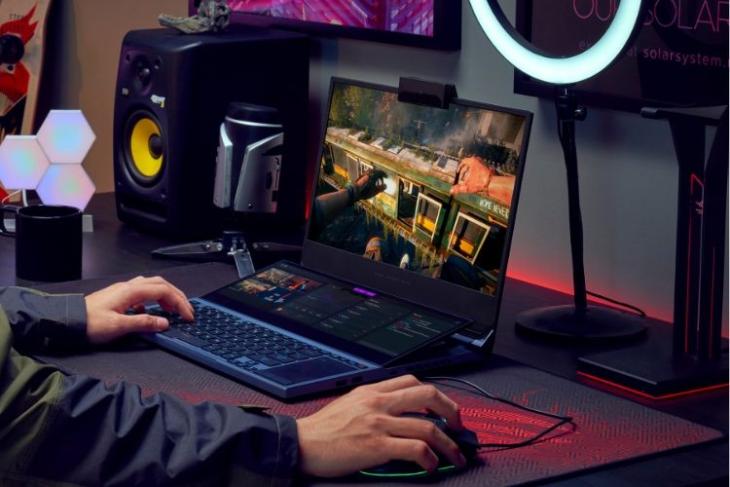 In line with the myriad of rumors, Nvidia has today taken the wraps off the portable versions of its GeForce RTX 2080 Super and RTX 2070 Super graphics cards. These should offer a significant bump over the existing top-of-the-line RTX 2080 and 2070 GPUs. Most laptop makers have already unveiled new laptops powered by the latest 10th-Gen Intel Core CPUs and RTX super graphics cards today.

The new mobile GPUs from Nvidia are based on the Turing architecture and feature the well-known MaxQ design to make it possible for companies to pack the graphics card into thinner, more portable gaming laptops like the ROG Zephyrus.

The new MaxQ hardware aboard these GPUs will further help boost performance. It now comes with a Dynamic Boost feature, which is said to double power efficiency by automatically distributing power between CPU and GPU. Nvidia’s Advanced Optimus technology has also bagged a significant upgrade, offering you an improved AR/VR performance via the DisplayPort (now connected directly to the GPU).

The Nvidia GeForce RTX 2080 Super and RTX 2070 Super MaxQ GPUs will now be the forerunners in the premium gaming laptop market. The company will discontinue the RTX 2080 MaxQ GPU in the coming days while the RTX 2070 MaxQ will still be found on some laptops in 2020.

So, if you are planning to pick up a new gaming laptop after the lockdown comes to an end, then I would suggest you wait a couple of months for the new RTX Super GPU-laden gaming machines from Asus, Acer, MSI, and others to make their way to India.