Ever since the sensitive report about how Apple contractors listened to private Siri recordings came out in the open, the safeguard of my personal voice recordings has begun to concern me like never before. While I’m pleased with the way Apple has addressed the whole Siri grading controversy by not only providing a straightforward way to delete Siri and Dictation history across iDevices but also allowing users to opt-out of the audio recording program, I still wish to add an extra shield for the private voice recordings. And that’s exactly what drove me to turn off Siri in iCloud and delete everything that Siri has learned. In this article, I am going to show you how you can wipe out everything that Siri has learned about you by following this hands-on guide.

Disable Siri in iCloud and Delete What Siri has Learnt

Is the Trade-Off Worth It?

But before going ahead with the quick steps, let me clear out a few clouds that might be running in the background. First things first, it turns off the virtual assistant only in the iCloud, and not on your device. That means you can continue to use the personal assistant on your device without any problem. And second, it limits Siri’s learning to an individual iDevice.

Will it affect your user experience? Of course, it will. Siri won’t be able to offer recommendations based on what it has learned on your other devices synced with the same iCloud account. However, restricting its learning can play a vital role in protecting your privacy. If you find the trade-off worth, let’s get started with the guide!

Steps to Disable Siri in iCloud and Delete the Data

1. Launch the Settings app on your iPhone or iPad and then tap on the profile photo. 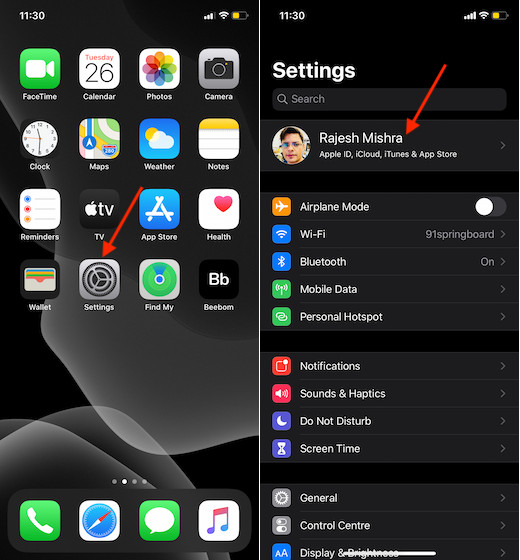 3. On the next screen, turn off the switch for Siri. 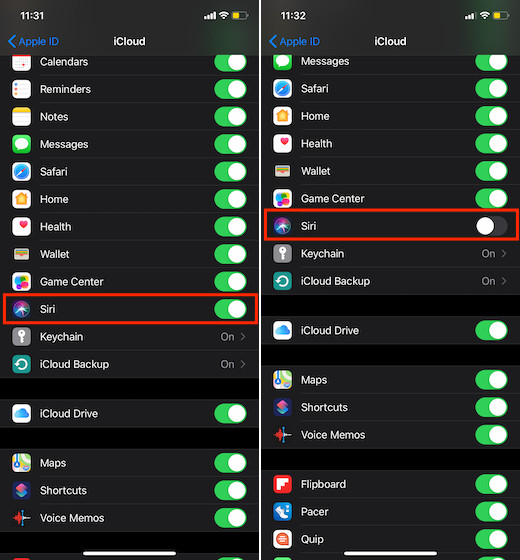 4. Next up, tap on Manage Storage (located at the top under iCloud storage option).

5. Now, scroll down and tap on Siri at the bottom. 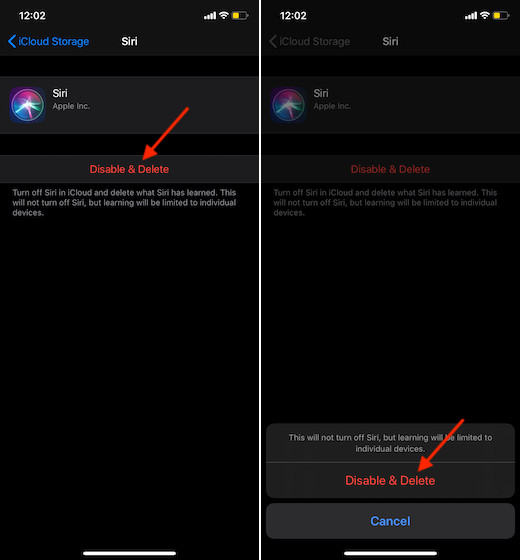 Going forward, the learning of Siri will be restricted to a specific device. If you ever decide to remove this restriction, simply navigate to the same settings and then turn on Siri in the iCloud.

Turn off Siri in iCloud on Your iPhone and iPad…

When it comes to privacy, it always pays to be guarded. So, use this feature to offer an extra safeguard to your personal conversation. As the process is quite upfront, I guess you didn’t have any problem while going through the steps. What do you think of Siri and where does it stand against the likes of Google Assistant and Alexa. Do toss up the feedback in the comments.