In the backdrop of the sensational report revealing Apple’s contractors listen to private Siri recordings, the Cupertino-based company has taken satisfactory measures to restore customers’ faith. First, the company made it an opt-in feature providing users the freedom to take part in the data-grading program at their own will. And second, it has also offered a way to delete Siri Dictation History in iOS 13 and macOS Catalina . While the process is straightforward (unlike before), it requires a little bit of digging. So let me help you wipe out Siri conversation history from Apple Servers.

How to Delete Siri and Dictation History on Mac

Apple says that Siri uses only a small percentage of data required to deliver an accurate result. The personal assistant uses a random identifier ( a long string of numbers and letters) to track data while it’s being processed. To offer additional safeguards, the device’s data is dissociated from the random identifier after six months. While Apple’s explanation seems reliable, you can choose to remove Siri history on your device to further protect your personal information. Here we go!

1. First off, click on the Apple menu at the top left corner of the screen and choose System Preferences. 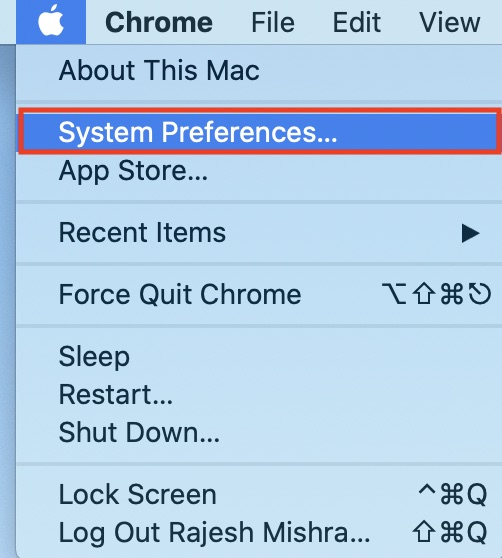 Note: You can also search System Preferences in the Spotlight and launch the app.

4. Next up, a popup will appear saying,” Siri and Dictation interactions currently associated with this Mac will be deleted from Apple servers.” Click on Delete to confirm.

That’s it! Now quit System Preferences. Apple will eliminate all of your Siri recordings from the servers.

SEE ALSO: How to Set Up Parental Control on Mac in macOS Catalina

Wipe Out Siri Conversation History from Apple Servers with Ease

So, that’s how you can delete Siri voice recordings from your macOS device. It’s good that Apple has taken the appropriate steps to address the grave concerns that had surfaced following the sensational reports. As someone who claims to offer better security and privacy to users’ data, the company should have been crystal clear about the Siri audio grading program right from the onset. Nevertheless, it’s better late than never.