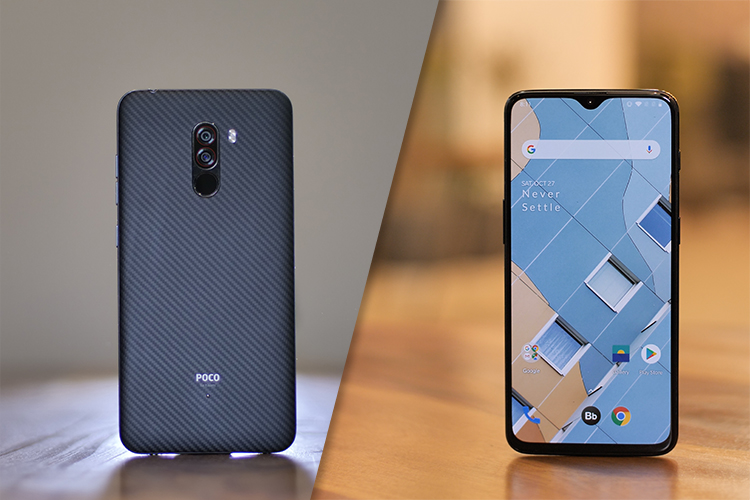 Irrespective of whether or not you own – or have owned – a OnePlus device, the company’s smartphones have always been compelling propositions for their intuitive, user-friendly experience, and blazing fast performance. The same is the case with the OnePlus 6T.

But lately, those looking for affordable top-tier performance also have the Poco F1 as an option. The Poco F1 comes at nearly half the price of the OnePlus 6T, so it already has a big upside. Both the smartphones are also equally capable of taking on demanding tasks and heavy games, because of the same processor and RAM configurations. So which one should you go for? 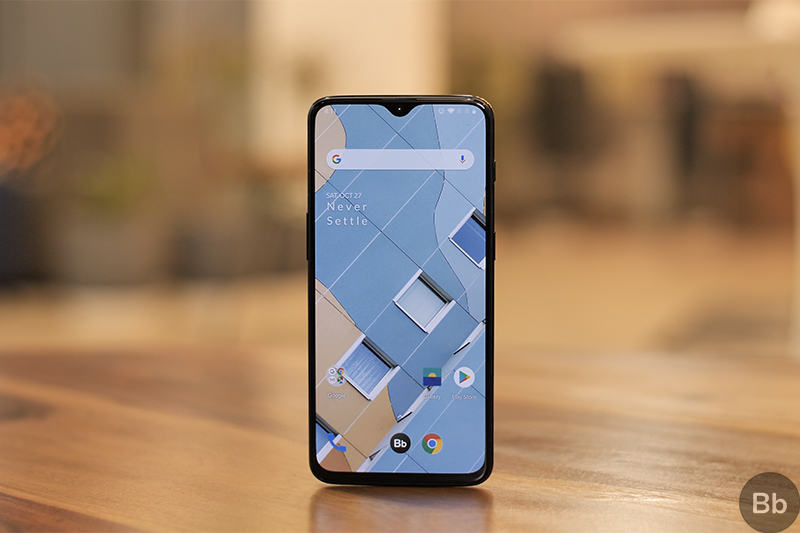 The two smartphones have comparable specs, with the Poco F1 getting the additional option of 64GB storage to suit the consumer expectation in its price range. Here’s how both the phones compare in terms of specifications:

For the price you pay, OnePlus 6T has a much more premium and attractive design than the Poco F1. No doubt the latter is more durable because of its plastic build, but the glass back on the 6T makes it visually more appealing.

You’ll have to either be really cautious to not drop the OnePlus 6T or use a cover with the smartphone. Gladly, both the companies provide transparent cases inside their retail boxes and the one by Poco feels very flimsy; you don’t really need to protect the plastic back all that much though. 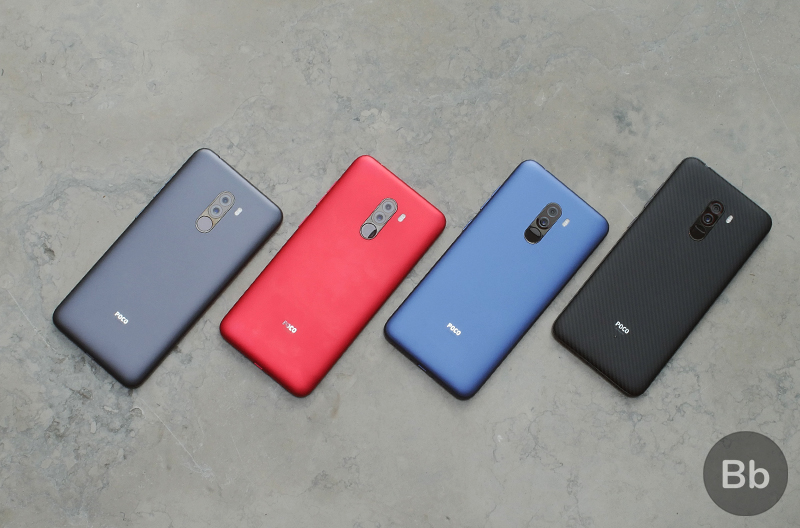 Using a cover is indeed a good idea to protect the screen from shattering we have listed some useful choice for both – Poco F1 and OnePlus 6T.

When it comes to the durability of the display, the latter is at a slight advantage against the former because OnePlus uses the more durable Gorilla Glass 6 while Poco gets Gorilla Glass 3 protection. 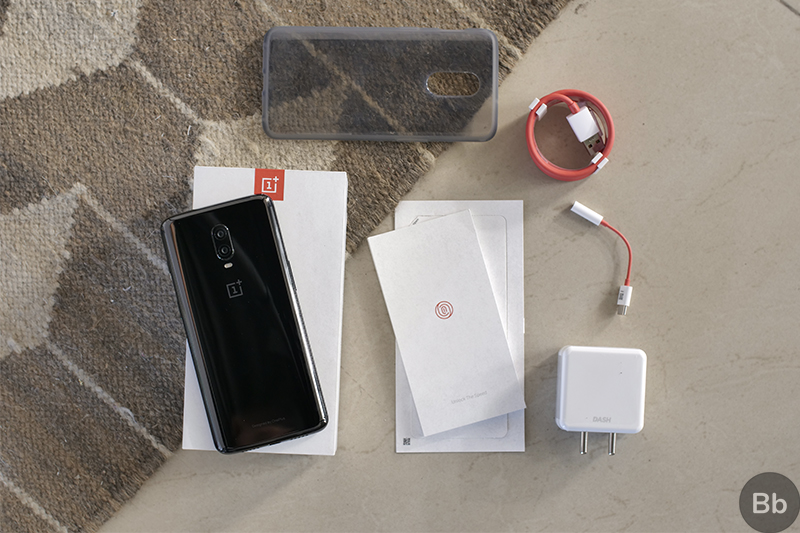 Overall, the OnePlus 6T definitely feels much more premium than the Poco F1 but you also risk having to bear the expense or the eye-sore of a broken glass back if you’re not too careful. Lastly, you can slightly improve the appearance of Poco by slapping an inexpensive skin from Xiaomi but I would go for the OnePlus 6T, nevertheless, if the design and look is the only parameter.

Since it’s not, we’ll also take a look at other features that might impact your buying choice.

Both the Poco F1 and the OnePlus 6T come with Full HD+ display but here again, the OnePlus 6T takes lead again with better dynamic range and more accurate colors. Further, the Optic AMOLED display on the 6T altogether makes texts look crisper with richer contrast. If you have an affection for dark mode, the OnePlus 6T will serve you well.

The OnePlus 6T’s display is clearly much better when viewing videos, especially on apps like Netflix and Amazon Prime Video. This is because it is certified for Widevine L1 which lets you watch on-demand video content in HD while it is limited to 540p on Poco F1. Poco has iterated that it is working on a solution since the launch of the smartphone but there’s no guarantee yet that there will be one. 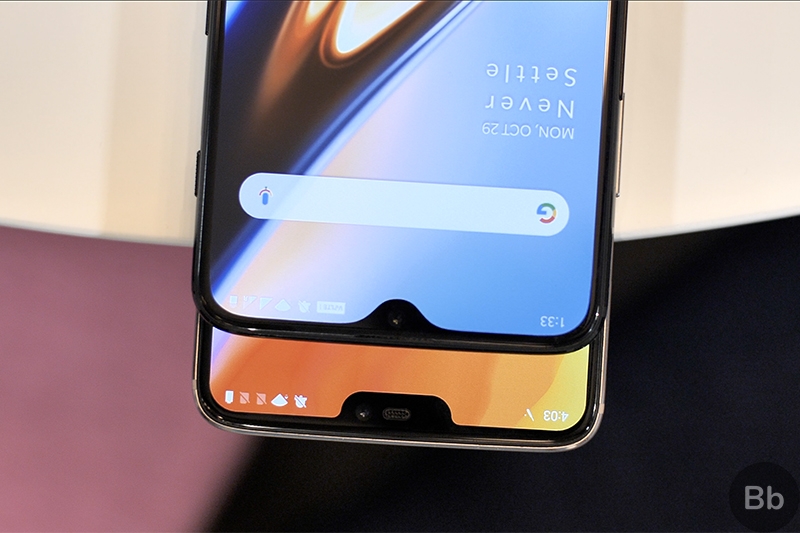 The OnePlus 6T also has a much smaller teardrop notch, which makes viewing better. At the same time, Poco has been struggling with optimizing the F1’s status bar to accommodate notification badges and overall, the notch hinders usability. Clearly, OnePlus has a better implementation of the notch. The OnePlus notch design is also more minimal and non-intrusive.

At the time of Poco F1’s review, I was stunned to see the camera performance of the Poco F1 which challenged the then leader of the affordable flagship segment – OnePlus 6. Considering that OnePlus 6T essentially has the same camera hardware as the predecessor, it is interesting to see how the two devices compare in terms of photography.

The camera on the OnePlus 6T offers good details and an appreciable dynamic range but it seems that the company has cut some corners, resulting in inconsistent performance. In my experience, the Poco F1 has very competent camera, especially because of its AI features, which enhance images on the fly.

Let’s compare the abilities of both the cameras using some side-by-side shots:

The images taken by the OnePlus 6T are clearer and have more detail, but there’s extra warmth in the images which is not the natural color.

At dusk, the OnePlus 6T manages to capture more light and thus has slightly better detail reprodcution than the Poco F1.

At night, the difference is wider and the OnePlus 6T manages to capture much more light. The phone also has a dedicated Nightscape Mode which automatically determines the time for long exposure while you’ll have to turn to the manual mode on the Poco F1 to achieve this.

When it comes to portrait mode shots, both phones have nearly identical capabilities. While the OnePlus 6T has slightly oversaturated images in this case too, Poco loses the bet here, smoothing the details of my face with a beauty filter automatically.

Lastly, for selfies, the Poco F1 focus majorly on your face, ignoring the color composition of the background, thus making the image looks weird. The OnePlus, on the other hand, oversaturates the images while trying to even out the tones throughout the frame and honestly, while neither is impressive, I would pick the OnePlus 6T over Poco F1.

When it comes to videos, both – the Poco F1 and OnePlus 6T – can record 4K videos but the frame-rate is limited at 30fps for Poco while the 6T can capture UHD videos at up to 60fps. Secondly, Poco lacks any sort of optical stabilization while OnePlus 6T features OIS in the rear camera.

So overall, the Poco F1, despite its compelling AI algorithms bites the dust in a photography battle against the OnePlus 6T. Furthermore, OnePlus is known to take cues from Google and offer software customization to improve the camera over the life of the smartphone, so the 6T should get even better.

Both the Poco F1 and OnePlus 6T use the same processor and RAM configurations and while both the companies have boastful taglines themed around speed, OnePlus clearly does a better job of striping down the unimportant elements and making the interface noticeably faster.

OnePlus 6T also leads the Poco F1 in terms of numbers vouching for its superior performance. There is a noticeable difference in the benchmark scores of both the smartphones and that could be attributed to the bloated MIUI. MIUI 10 based on Android Pie seems to improve that slightly but OnePlus 6T is still doing a better job. 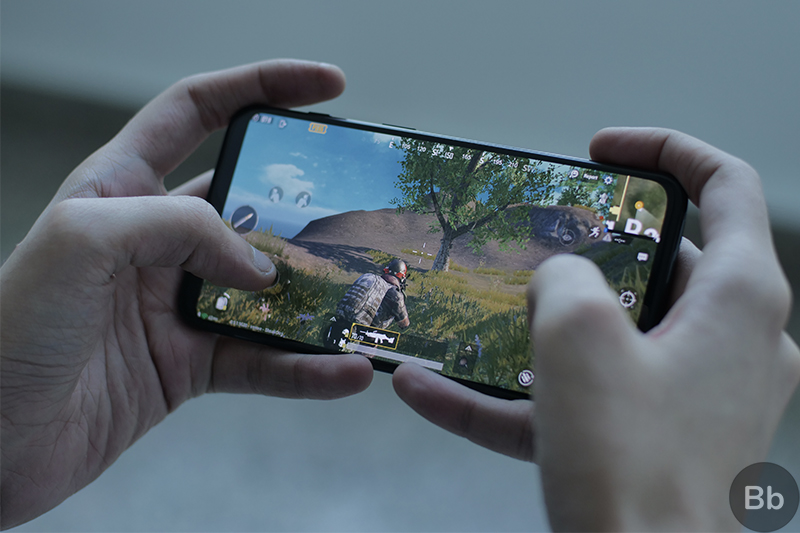 In terms of gaming, neither of devices get cold feet, but the screen makes gaming more enjoyable on the OnePlus 6T. The tiny notch, too, does not hurt the experience but if that does not matter to you much, the Poco F1 is equally adept. However, some ghost touches on the F1 might hinder your gaming experience.

The heat sink on the Poco F1 gives it a slight edge, making it slightly bearable to hold the smartphone during intensive gaming sessions, whereas the OnePlus 6T uses the multi-layered glass back for heat dissipation.

Overall, both devices have comparable performance and the OnePlus 6T does only slightly better. That, however, does not mean that the Poco F1 is bad in any sense and holds up very well in the competition without wearing out.

Before I talk about the software experience on both the smartphones, let me tell you that this experience is purely subjective and your experience might vary from mine. In my experience, OxygenOS on the OnePlus 6T offers a more palatable experience because of its smooth animations and better RAM management.

MIUI for Poco has jitters because of the bloatware it carries thanks to the MIUI legacy. This can also be seen in the benchmarking scores in spite of identical hardware. Further, OnePlus also benefits from using Android Pie while Poco F1 is still stuck in Oreo. We have been promised an update by the end of the year and while Xiaomi is already developing MIUI 10 based on Android Pie, it is essentially the same as the version on Android Oreo.

But that’s all a matter of preference and MIUI gets extra customization features which while you may not employ on a daily basis, are good to have. Lastly, both smartphones support navigation gestures and for me, the OnePlus 6T has much more refined gestures than the Poco F1.

The Poco F1 scores better in this category for a larger 4,000mAh battery compared to the 3,700mAh battery which was partly the reason that OnePlus dropped the headphone jack. But if we move past judging the book by its cover, OnePlus 6T actually performs better than the Poco F1 in terms of battery backup with a striking seven-and-a-half-hour-long screen-on-time.

The OnePlus 6T also fares only slightly better when it comes to charging thanks to its super-fast charging technology which charges at 20W. 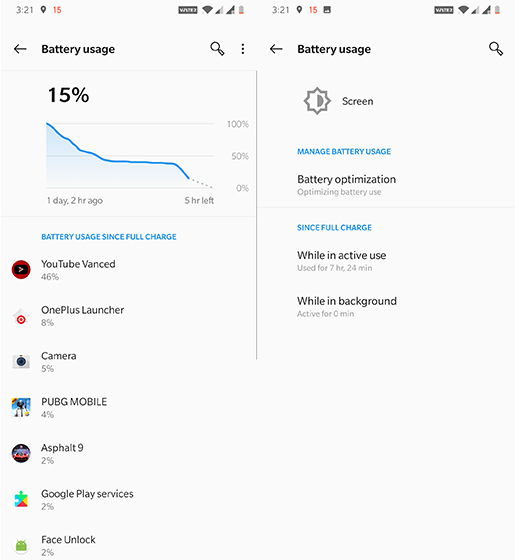 Both the smartphones take almost two hours to charge fully and considering that the Poco F1, too, charges at 18W and has a larger battery, I am actually leaning in its favor.

We finally have a category where the Poco F1 objectively beats the OnePlus 6T. This is because the 6T uses an under-display fingerprint sensor, the technology behind which is still pretty much half-baked. While the fingerprint is zippy, it is nowhere as fast as a physical sensor on the Poco F1 (or OnePlus 6) as you can see in the video below.

Secondly, Poco F1 gets an IR face unlocking mechanism for 3D face recognition and it works admirably well, even without any light. I am sure that the Poco F1 is better in this case and the under-display fingerprint technology might make you question your purchase of the OnePlus 6T.

Both the smartphones come with LTE-A support and Bluetooth 5.0 with AptX for great audio delivery, especially while streaming music or videos. The OnePlus 6T loses here for its lack of the headphone jack but OnePlus feels confident that it’s a step towards the future. For the meantime, you get a headphone dongle in the box.

The OnePlus 6T has slightly better Wi-Fi performance thanks to MIMO support. We did notice slightly better speeds in our office but the variation is not big enough to mar your experience.

The biggest question here is which of the two smartphones offer better value for money and clearly Poco F1 aces this department for sure. This is because of its unbelievable price which is apt for the mid-range segment rather than that of affordable flagships. Yes, there are some trade-offs in terms of the quality of the display and the clunky and gimmicky dual speakers, Poco has hit the bull’s eye with its pricing scheme.

So if you’re on a financial diet, the Poco F1 makes much more sense than the OnePlus 6T. However, the meager upgrade over OnePlus 6 makes us question whether OnePlus deserves to spike the prices by Rs 3,000.

Both OnePlus 6T and Poco F1 are masters of their trades and all that bashing from Poco is not groundless either. Poco took it a different level by putting billboards right outside the OnePlus 6T launch venue yesterday, and if value for money is the only criteria then Poco definitely has a point.

With Poco F1, you get the benefits of reliable face and fingerprint scanners, support for SD card, and more importantly a headphone jack. On the contrary, the OnePlus 6T brings a more premium experience with finesse dripping from every inch of the glass back and the drool-worthy display. So if you can afford to spend Rs 37,999 without feeling guilty about spending lavishly, OnePlus 6T is the device you must get, but if you’re either limited by budget or want high value for money but not necessarily a premium experience, Poco F1 should be your choice.