Skip to content
Home Reviews Pixel 3 XL Performance and Gaming Review: Should You Buy OnePlus 6 Instead?

We’ve come really far not only in terms of technology but also prices associated with Google’s smartphones – from the Nexus series to the Pixel lineup. This year’s Pixel 3 XL certainly qualifies for your attention if you’re looking for a high-end smartphone in terms of specifications and price. But with the plethora of phones offering the same specifications for less than half of the price of the Pixel 3, you are also right to question what Google’s flagship smartphones offers that others don’t.

The Pixel 3 duo uses Snapdragon 845 at its heart and Google has underclocked the CPU for some reason. Curiously enough, brands like OnePlus and Poco have polarized the market by launching much more affordable devices with the same supercharged processor, without underclocking it.

This stark price difference is intriguing – even if we consider the amazing camera, and it prompts us to compare the performance of the Pixel 3 XL with the likes of OnePlus 6 and Poco F1. 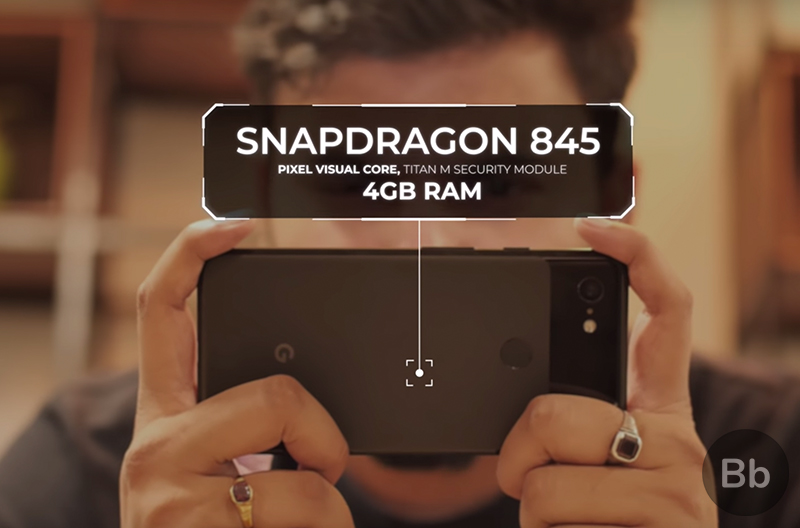 But, let us first start by talking about how the Pixel 3 XL holds up when compelled to put up with demanding tasks, especially with that underclocked processor and 4GB of RAM which feels short-handed.

Beneath that elegant personality, the industrious processor takes care of all the hard work. As we saw in our full review, the Pixel 3 XL scores impressively on benchmarks although initially, I had concerns about the 4GB RAM. Despite those concerns, the smartphone has held up superbly in AnTuTu and Geekbench scores.

Comparing it with the direct competitors which come with almost equally compelling hardware specifications, including the iPhone XS, Galaxy Note 9, Huawei P20 Pro, and OnePlus 6 (8GB), these are the results we have obtained from the mentioned benchmarking apps:

Out of these, the OnePlus 6 is the only device with a Snapdragon 845. As you can see, the Pixel 3 XL scores better than the entire bunch of Android devices in AnTuTu but when it comes to Geekbench, the Google flagship can be seen lurking lower on the run, with bad scores when compared to other phones.

The only observable lag I noticed is while relaunching heavy apps from Recents menu after leaving it unattended for a short time, and that is perhaps because of the 4GB RAM, which might be a bit too meager for large games.

Given the high-grade hardware, the Pixel 3 XL performs admirably well. The Adreno 630 GPU aboard the Snapdragon 845 lets you play PUBG at Ultra graphics settings with no observable lag. The smooth gameplay without any noticeable heating issues on the Pixel 3 XL has allowed me to earn chicken dinners without stutters. While Asphalt 9 is not supported yet, I played Asphalt 8 without any hassle. 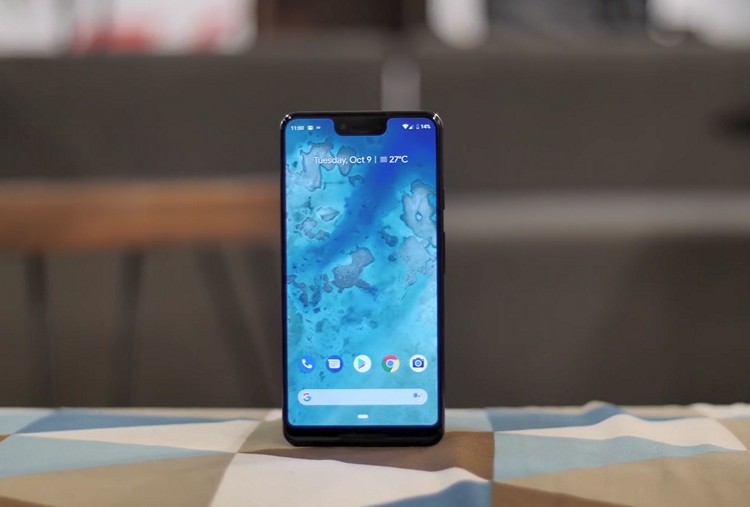 Fortnite for Android arrived well in time, too, while I was reviewing the Pixel 3 XL and its performance has not been at par with other games. The graphics have been terrible, the gameplay uneven and inconsistent, while there have been innumerable frame drops as well as instances of lag. Since we’ve seen a similar performance on many other devices, the issues do not seem to be device-dependent. It would help if you lower the settings to Medium for this game.

Overall, the Pixel 3 XL feels capable when tackling even the most power-hungry games and demanding tasks, and does not seem to heat up unusually either.

While these results are more-or-less predictable, I am curious to see how the device fares against other devices powered by Snapdragon 845 with more RAM. So, I decided to run a more elaborate benchmark and find out if the underclocked chipset and lower-than-expected RAM make any difference to the experience.

Before we compare different devices housing the same Snapdragon 845 chipset, it is vital to take a look at the different configurations put to test. For this comparison, we’re using Pixel 3 XL, OnePlus 6, and Poco F1 – all of which are in different price segments. This will give us a fair idea about whether companies take the extra pain of fine-tuning the performance of the hardware. 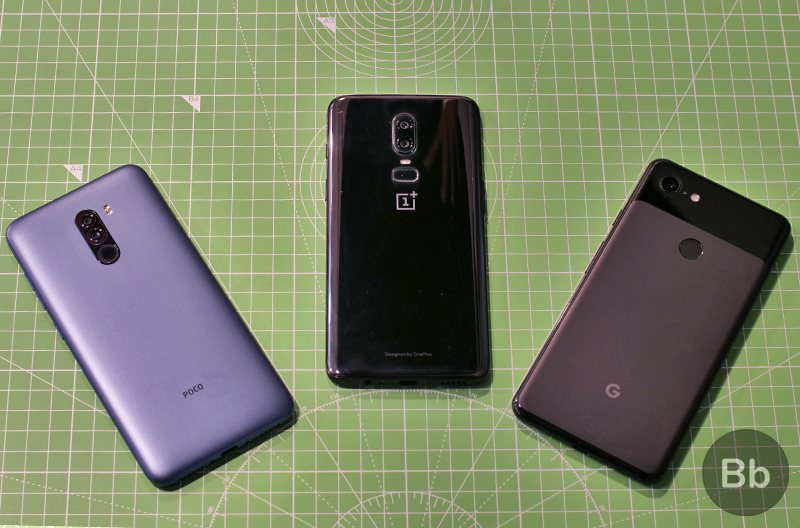 It is also noteworthy that despite the same Kryo 385 CPU cores, all three smartphones have different clock speeds. Take a look:

After running multiple instances of PassMark, the following are the scores obtained by the three devices. I’ll explain the logic behind the different tests parts of the benchmark at the end of this article. For your information, the higher the numbers per test, the better the performance – except in the case of “Memory Latency” for which the lowest value relates to the best performance.

Note: See our explainer below to know what each of these tests mean

Clearly, the OnePlus 6 is miles better than the other two, despite the identical specs. Although the underclocked Snapdragon 845 on the Pixel 3 XL holds up well against the competition – in fact, better in certain arithmetic tests too – the RAM is a bottleneck. The lower RAM leads to an evident drop in memory-related scores, where the Pixel 3 XL finished last.

Surprisingly, the Pixel 3 XL takes the lead in terms of 3D Graphics test, and games look amazing on that gorgeous display on the Pixel 3 XL. Perhaps, Google seems to have prioritized graphics performance over faster processing speeds.

Taking a close look at the RAM specifications used in the three devices, we know all of them have the same LPDDR4X tech, with the same frequency i.e 1,866 MHz. The difference in performance is due to the varying levels of optimization from the three manufacturers, and the memory management kernels they use.

OnePlus has done a great job in making Oxygen OS more performance-oriented. Poco, on the other hand, might suffer poorer scores due to either heavily-skinned MIUI which is based on Android Oreo, and since it’s a brand new UI, there is still some optimization left to be done on this phone. 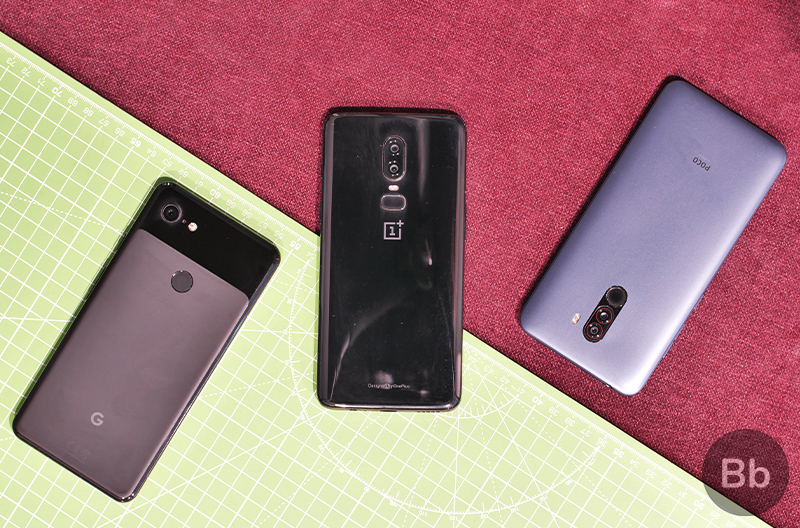 Meanwhile, OnePlus is already preparing for their next launch, which is scheduled for next week. Even without seeing the smartphone, I feel confident that it’ll be a stunner in terms of performance, considering the similar specs.

Evidently, the real battle is between OnePlus 6 and the Pixel 3 XL and the additional expenditure on the latter only makes sense if you want stunning performance from the cameras or the brilliant display. Besides that, there are some issues with the build quality of the Pixel 3 XL that made me question its ‘premium’ tag.

Here is what the different tests in the PassMark score mean: