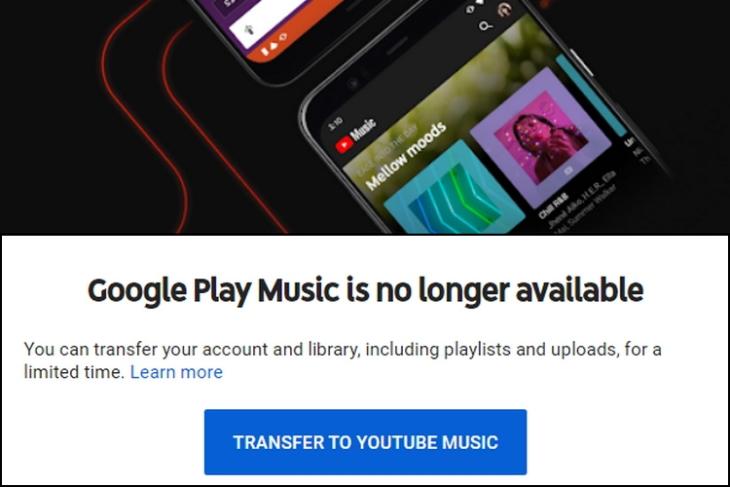 Now, the landing page of Google Play Music web reads – “Google Play Music is no longer available. You can transfer your account and library, including playlists and uploads, for a limited time.”

If you’re an active Google Play Music user, there is still ample time left to download or transfer your music library. Google will automatically delete all the remaining music and data once the shutdown process is complete.

In typical Google fashion, some still have access to Google Play Music, while a majority of others are completely locked out. On my end, the Android app still works but I was not able to play songs from the web version of Google Play Music.

As Android Police reports, there seems to be a workaround to keep using Google Play Music for now, which involves uninstalling app updates and moving to an old version of the app. However, that probably won’t last long.

Now that Google Play Music is taking its last breath, this will be a good time to switch to one of the alternatives out there. Of course, there is Google’s own YouTube Music but my personal pick would be either Apple Music or Spotify. If you’re in India, you should totally check out our recent article on the best music streaming services in the country to pick the one that suits your needs.