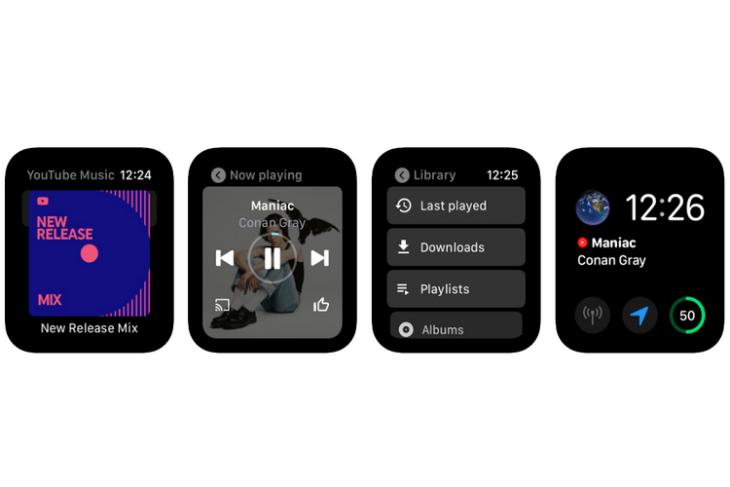 Google is going all-in on YouTube Music as it prepares to completely shut down Google Play Music by the end of the year. Now, to attract more users in the Apple ecosystem, Google has launched an Apple Watch app for YouTube Music. As 9to5Google reports, the app was added with YouTube Music version 3.88.

With the new Apple Watch app for YouTube Music, you can perform all the standard music playback controls like play/pause, skip to next or previous tracks, cast, and like songs. According to the App Store listing, the new YouTube Music’s Apple Watch app is compatible with watchOS 6.0 and later.

On the home page of the app, you will find recent playlists. In the Library section, you can view last played tracks, play downloaded music, access playlists, albums, songs, artists, and subscriptions. According to the report, you can control the volume levels using the digital crown.

Ironically, the new YouTube Music app for Apple Watch comes before even Google’s Wear OS has one. However, a Google employee recently promised that an app for Wear OS is in the works and will arrive in the ‘coming months’. One should not be surprised though, as this is not the first time Google is prioritizing apps on Apple products before it manages to deliver the same on its own platforms.

If you own an Apple Watch and are a YouTube Music user, you can try out the new app from the App Store through the link given below.