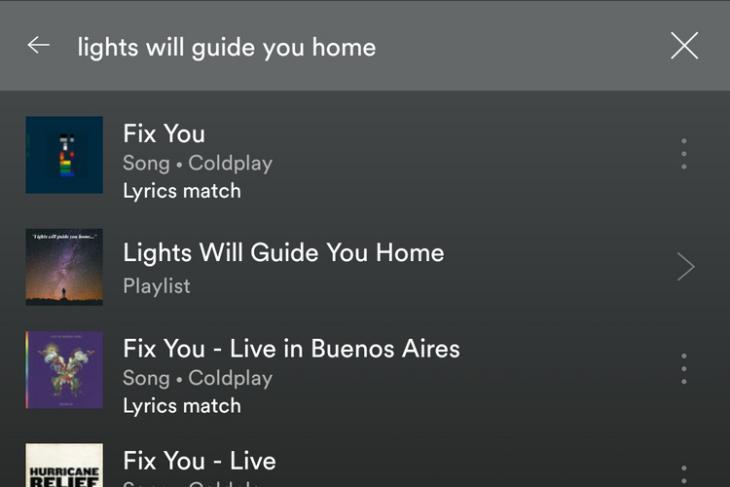 While there are a lot of music recognition apps to find songs that are currently playing in the background, people have typically relied on search engines for finding a song using its lyrics. Well, not anymore if you’re a Spotify user. Spotify has finally added the ability to let users search for songs by lyrics.

The best part about Spotify’s new lyrics search feature is that it’s not limited to Premium subscribers. You can use the feature even if you’re in the company’s ad-supported free tier. With this addition, you can easily find the songs you’re looking for and start listening to them right away. Once it accurately detects a song, a ‘Lyrics match’ badge will appear on the search results.

It is worth noting that Spotify is not the first music streaming service to gain a native lyric-based search feature. The company’s primary competitor, Apple Music, added this feature back in 2018 along with iOS 12.

Spotify’s built-in lyrics feature works on Android, iOS, and even the desktop client. The Swedish music streaming giant is widely rolling out the feature now. If you’re not seeing it, you can try updating the Spotify app to the latest version available on Google Play Store or App Store.

Separately, the company has also launched its new weekly top charts. To begin with, Spotify will publish weekly top 50 charts for songs and albums in the U.S along with the overall global ones. The company hopes to launch market-specific weekly charts in the future. Interested users can view weekly charts from the SpotifyCharts Twitter account.