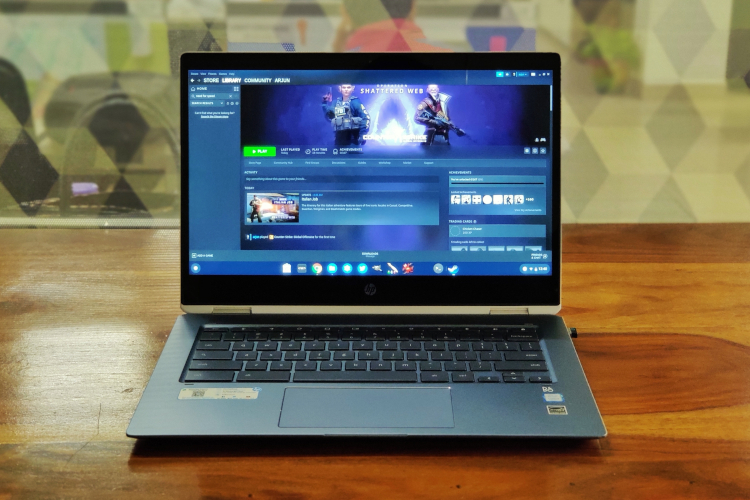 In its current state, Chrome OS and gaming seldom come on the same page. While there are games that you can play on Chromebooks, the catalog doesn’t come anywhere close to what you get with Windows PCs. In January this year, Android Police reported Google’s plans to bring official Steam support for Chromebooks, and now, 9to5Google has found some evidence.

While you can technically install and play steam games on a Chromebook right now, thanks to Linux support and GPU acceleration, the process to enable and get started is not as seamless as a general user would expect.

The major difference between Crostini and Borealis is that the former is based on Debian, while the latter is based on Ubuntu. Although Borealis is a full-fledged Linux distro at this moment, we could expect it to get integrated with Chrome OS.

As 9to5Google points out, the transition is probably because of Valve, the company that developed Steam. Besides Steam, Valve developed Proton – a compatibility layer based on Wine that enables Steam gaming on Linux. Moreover, Proton favors Ubuntu over other Linux distributions.

Another code change in Chromium Gerrit hints that the first wave of Chromebooks using this new implementation based on Ubuntu would include 10th generation Intel CPUs. This includes machines like the Samsung Galaxy Chromebook.

It seems unlikely that Google would allow Crostini (current Linux implementation) and Borealis to coexist. Chances are, the company may replace Crostini with Borealis going forward. Either way, this would enable a consumer-friendly gaming experience for those interested to play what Steam has to offer.