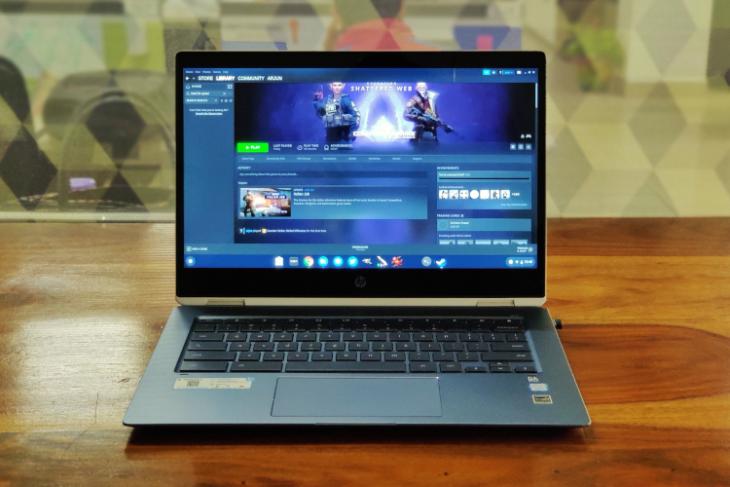 Chromebooks may soon shed their image as anemic, under-powered internet devices if a new report from Android Police in anything to go by. According to the blog, beefy, power-packed, gaming Chromebooks may become a reality sooner rather than later. Speaking to the blog on the sidelines of the CES tech show in Las Vegas earlier this month, Kan Liu, Director of Product Management for Google’s Chrome OS, reportedly hinted that the tech giant is working with Valve to bring official Steam support to Chromebooks.

According to Liu, there’s no specific timeline for the project, but he did apparently confirm that it would be enabled by Chrome OS’s Linux compatibility. Steam is already available on the open-source desktop platform, so it won’t be a stretch to imagine that Google and Valve will be able to bring official support for its desktop client to Chromebooks sooner rather than later.

It’s worth noting, though, that while Liu hinted at a collaboration between Google and Valve on the project, he didn’t directly confirm it in as many words. However, given that the availability of Steam on Chromebook will make it the first major gaming storefront on a fledgling platform that, until now, has no compatibility with mainstream PC or console titles, it would be in the interest of both companies to work in tandem to bring the project to fruition.

Do note that you can already install Steam on Chromebooks via the Linux route, but the process is relatively cumbersome and not meant for everybody. We have already covered how to play Minecraft and Roblox on Chromebooks, but built-in support, as well as beefier hardware, should make the whole process so much more enjoyable for users.