So you just got a new iPad and you’re looking for some interesting games to spend the time? There are a lot of games you can try on your new tablet, however, if you’re specifically looking for strategy titles for iPadOS, we’ve got you covered. Here are the 10 best strategy games for iPad that you can play in 2021.

In this article, we’ll be discussing the absolute best strategy games you can get for your iPad right now. As always, you can use the table of contents below to head over to any specific game that you’re interested in.

Sid Meier’s Civilization VI is one of the most acclaimed and widely loved strategy games of all time and it was made available on iPad just a year or two ago. The game starts off with a handy tutorial to teach you the ropes of how to play it, and then you’re off to the races. 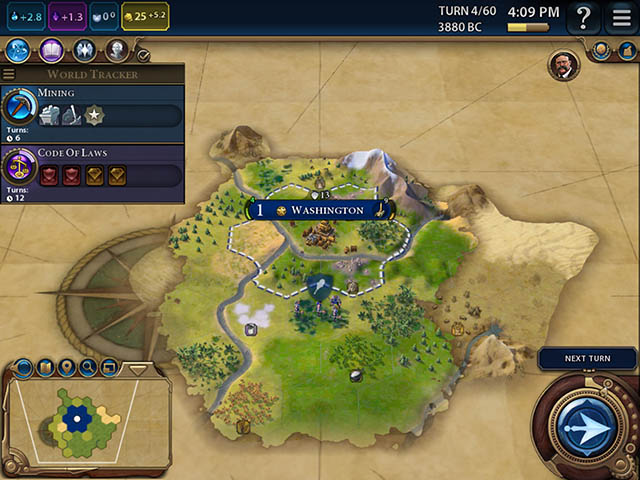 In Civilization, you get to be a part of an empire’s development and you’re in charge of the rise and fall of the civilization. This is a turn based strategy game, which means you need to think about the decisions you’re taking because every move will cost you a turn. It’s a paid game, but you can get a trial that lets you play 60 turns for free. Once these 60 turns are over, you can buy the full game and carry forward your progress.

Rome: Total War is another turn based strategy game that’s widely renowned as one of the best strategy games you can play on an iPad. There are multiple ways you can enjoy this game. If you’re like me, you will probably like playing the Imperial Campaign that lets you choose a faction and then build your kingdom, win allies, and conquer your enemies. You get to decide how you want your kingdom to progress as well. 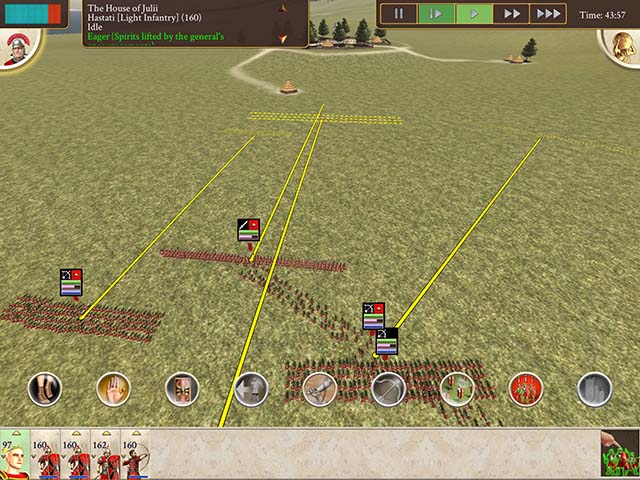 On the other hand, you can also play historical battles, custom battles, quick battle (for those short breaks between work), or just take a tutorial to learn how everything works before jumping into the game.

If you like low-poly designs and strategy games, The Bonfire 2 is definitely a game you should check out. Unlike a lot of other popular strategy titles, Bonfire 2 has you collecting resources and building up your defenses during the day. Why? Because things go bump in the dark. You will be attacked by hordes of monsters and raiders at night and you will have to ensure your survival. 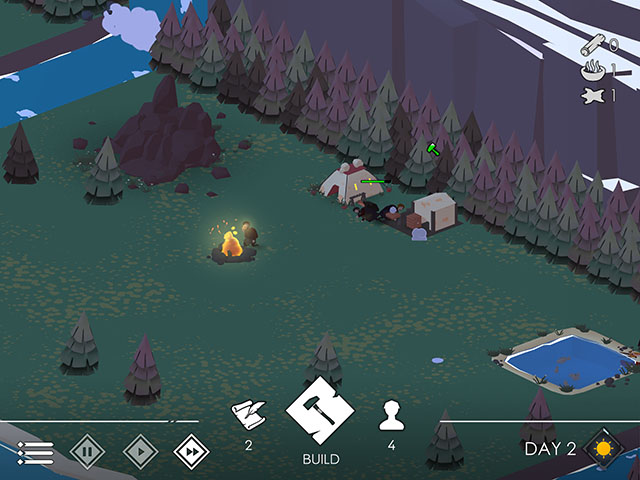 The game is a lot of fun, and it’s one of the few strategy titles on this list that I personally keep playing all the time now.

Buy The Bonfire 2: Uncharted Shores from the App Store (Rs. 449)

Apple’s game subscription service, Apple Arcade has a lot of impressive games, and you get unlimited access to them, with no IAPs for just Rs. 99 per month (lower, if you use Apple One to bundle a few services).

Spaceland is one of the few really good strategy games on Apple Arcade that you should definitely try out. It’s a turn based game where you start off investigating a distress signal you received while flying your starship. 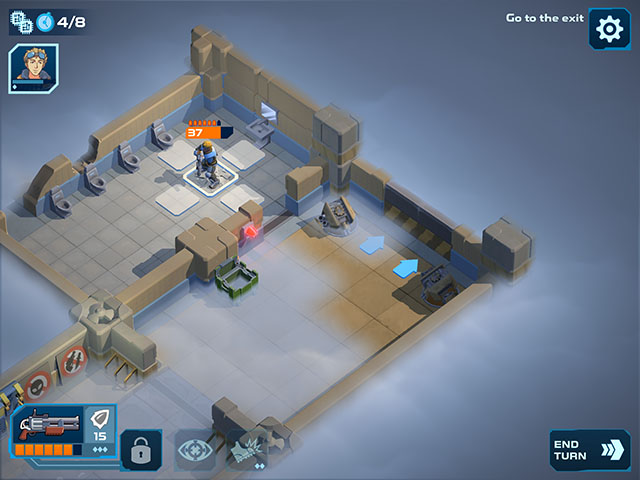 The game isn’t very graphically intensive, and has very arcade-feeling graphical quality, and the story telling can be a tad slow at times, but it’s an interesting game where you need to manage your resources and action points well enough in order to survive and win.

If you like space oriented strategy titles, you should also check out Iron Marines. This is a real time strategy sci-fi game where you are in charge of space soldiers and mecha-soldiers. Your mission is to defeat the hordes of space monsters, insectoids, and robot armies. 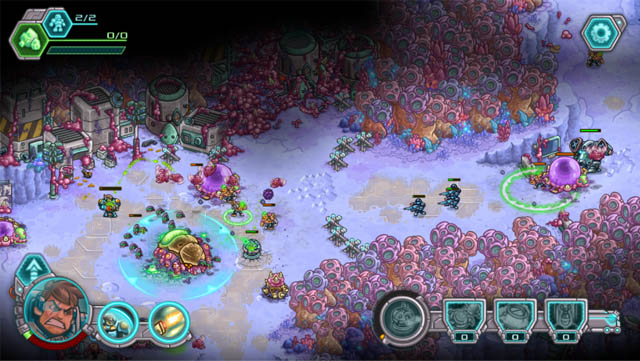 You get a lot of control over your troops in the game. You can assign soldiers to various roles, and you can even change their roles while in the middle of a battle. Iron Marines features a load of campaigns that you can play. There are a bunch of special weapons, operations, upgrades and a lot more that make the game interesting for a long time after you first start playing it.

There’s also Banner Saga 2 that you can play on your iPad for a pretty impressive strategy game. This is a tactical RPG, but one where the strategic choices you make affect your personal life in the game and evolves your character’s story as well.

The game has a realm inspired by norse mythology, and your character has embarked on a journey to save their people. It features over 25 playable characters with 7 different classes, and each one has its unique characteristics in terms of relationships, combat, and more. 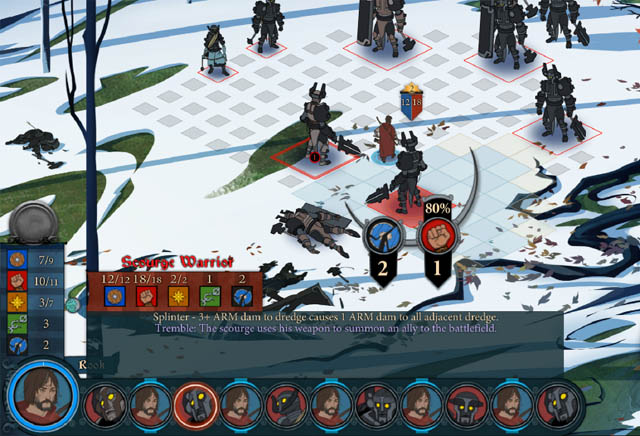 The way you play the game, and the strategic decisions you make during battles have permanent repercussions on your game. These decisions are also directly responsible for who lives and who dies in battle, making you even more involved in the game’s story.

7. The Battle of Polytopia

Another game for fans of strategy games with low-poly design, The battle of Polytopia features incredibly cartoonish graphics but it’s a fun game for you to check out. 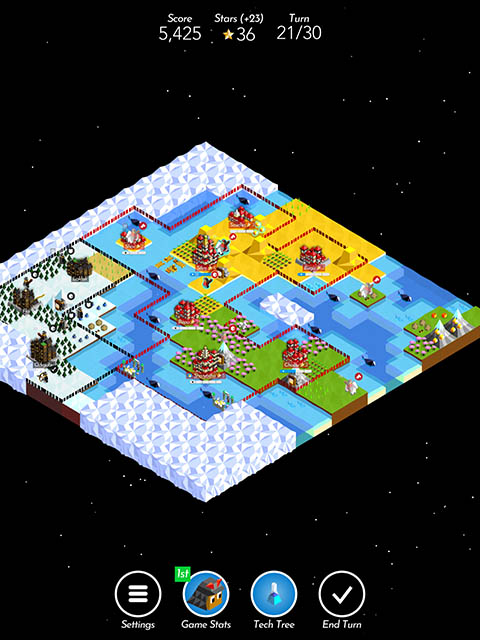 Like most other strategy titles, this is also a turn based strategy game, where you have to establish control over the map as well as fight your enemies, all while discovering new areas on the map. You also have to research new technologies to gather more types of resources which will help you build more buildings and units and establish dominance on the map.

Download the Battle of Polytopia from the App Store (Free)

This one is another space-based strategy game. In Codex of Victory you have to defend humanity against the Augments. These are actually experiments gone wrong when humans were trying to make themselves more adaptive to the harsh environments in outer space. 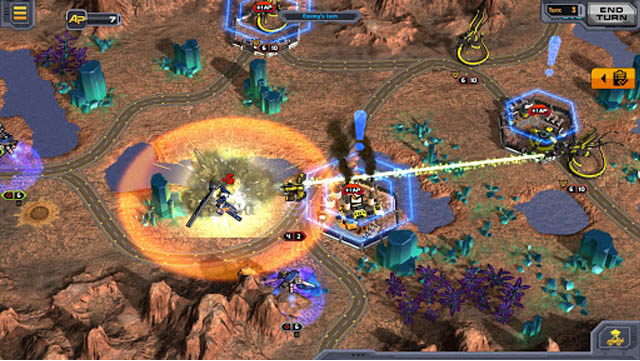 The game brings a story-driven extensive campaign where you will be building an army of high tech drones, tanks and robots. You will also have to build your base to withstand attacks from the Augments, and travel between planets and territories to find the Augments and destroy them all.

Outlanders is another Apple Arcade strategy game that you should check out if you used to love games like Age of Empires, without the battles. In Outlanders you have to establish a settlement from scratch, build resource gathering buildings and stockpiles, and ensure that your villagers have enough to eat, jobs, and a house over their head. 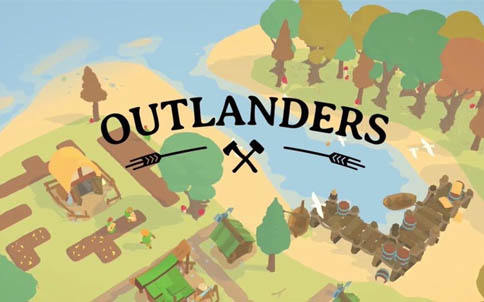 The game sounds easy but it gets quite difficult, and you have to ensure that your people are happy with the settlement – something that gets difficult just a couple of campaigns in.

Lastly, you should also check out Overland if you’re looking for a turn-based zombie RPG with elements of strategy in it. In Overland you start off as a single person stuck in a zombie apocalypse. You have to navigate levels in order to find food, fuel and other items, and save people that you come across. 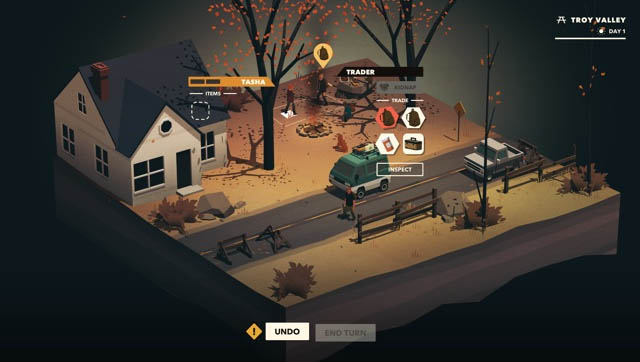 You get to choose what actions to take, whether you want to save someone you’ve met, or run away and try to ensure your own survival. The game gets quite difficult really soon, so you’ll always need to plan ahead before you go on any further levels.

Play These Strategy Games on Your iPad

All of these games are a lot of fun to play on the iPad, and you should definitely check them out. So, which iPad strategy games do you like playing? Let us know in the comments below.