Here, we have mentioned the 12 best games similar to Clash of Clans. Most of the games allow you to build your kingdom and protect it from opponents. Also, you can train your army and seize the throne from neighboring kingdoms. You can click on the link below to quickly jump to the corresponding game.

List of Games Similar to Clash of Clans (CoC)

Why you should try it: Boom Beach is developed by Supercell, the same developers who created Clash of Clans. So this really has the similar essence of Clash of Clans but there are many more unique elements in this game that give it an entirely new identity.

The base may be the same in both these games but when it comes to details, Boom Beach provides a richer and fuller experience than Clash of Clans. This game lets you train troops and create powerful weapons in the advanced world.

You don’t have to rely on medieval knights and sorcerers because now you have access to new world’s weapons that you can use to destroy your opponents. Much like its predecessor, Boom Beach also gives you your HQ that you have to defend at all costs.

Create structures, strengthen your defenses, and loot other people’s bases to accumulate resources for extra power. If you loved Clash of Clans then this is the perfect game for you.

Why you should try it: After CoC and Boom Beach, Supercell has brought yet another real-time strategy game similar to Clash of Clans. The difference here is that you have a multiplayer mode starring the Royales. It features all your favorite Clash of Clans troops, defenses, and baby dragons.

You need to defeat the king and princess from their towers and then you can get crowns and trophies. After that, you can build a clan and form your own battle community with multiple players. Other than that, there is also an option for duel players which can be played with anyone from around the world.

What’s more, here you can construct a super Battle Deck which can help you defeat your enemies. All in all, Clash Royale slightly deviates from the primary theme of building and protecting the kingdom but retains most features with exciting new additions.

Why you should try it: If Clash of Clans seems a bit too cartoonish and you’re on the lookout for a similar strategy title that looks and feels a bit more immersive then you should give Dawn of Titans a shot.

The game, which feels like an amped-up version of Age of Empires, offers console-quality graphics, real-time battle controls, a plethora of events and campaigns, and unrivaled kingdom-building features.

It even offers some classic MMO features which will allow you to team up with friends and create alliances to take down other player-controlled kingdoms. The game is far more detailed than Clash of Clans, which is reason enough for you to pick it up over the latter.

Why you should try it: Even though Lords Mobile looks like it took too much inspiration from Supercell’s popular strategy game Clash of Clans, it does a couple of things differently which is why you should give it a go. 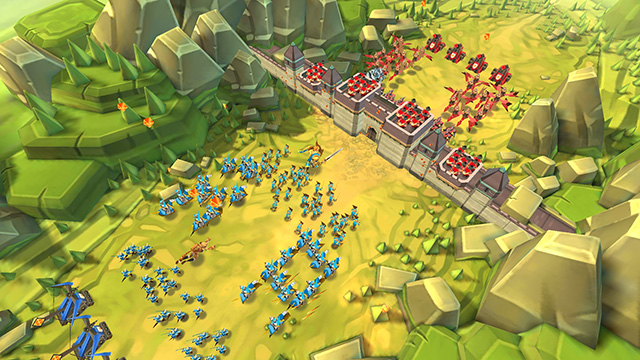 On top of that, the game also offers players the opportunity to embark on some epic PvE raids, taking down monsters and bosses that appear randomly on the map. Try out Lords Mobile if you’re looking for a Clash of Clans alternative that offers just a little bit more to keep you engaged.

What is it? Action, Strategy.

Why you should try it: If you love playing strategy games set in medieval times then Clash of Empires is the best game like CoC. Clash of Empires lets you control the troops in the game and lead them to an epic fight against your enemy. As a lord of your kingdom, you will have to build an empire from scratch and develop a civilization.

You can train your army, make allies, capture neighboring territories, and kill enemies all over the world. You only have one goal and that is to seize the throne. Similar to Clash of Clans, you will also have to protect your kingdom with the best defense strategy across all directions. I would say, Clash of Empires is just like Clash of Clans but with more action-packed fights.

Why you should try it: Clash of Lords is yet another Clash of Clans type game that has gained immense popularity. The game developer has published Clash of Lords 2 as well and it has received good reviews too. Just like CoC, Clash of Lords is a strategy game that lets you create your military base and defend it with your heavily armored troops. 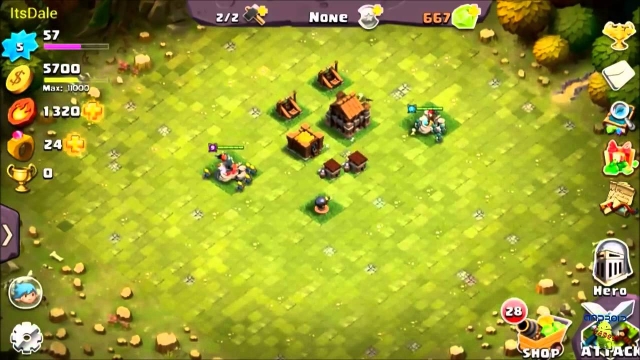 The emperor has fallen and now you need to build a fortress and make sure that it’s defended well against your enemies. Build your troops and upgrade them to destroy the enemy bases.

The game is set in a magical world where you get to build your military base and train an army. Loot resources from the enemy and use them to upgrade your defenses. You can also battle players online and defeat those who stand in your way.

Why you should try it: Much like the aforementioned Rise of Kingdoms, Siegefall is a real-time strategy game in which you have to build an army of mighty heroes and then take on players from around the world in live duels.

The game also allows you to make a clan and team up with buddies to go on raids to destroy the forbidden city. The game also brings in aspect from popular trading card games and it offers a variety of cards that you can use to aid your army in battle. Try out Siegefall if you’re looking for a real-time strategy game that also features some aspects from popular trading card games.

Why you should try it: This game plays just like Clash of Clans but Gods of Olympus takes you back to ancient Greek where 12 Olympians ruled the land. And where the rule of Greek deities was followed by their apostles. You have to command the gods of Olympus and kill the enemies and combat units that stand in your way.

As it’s a strategical game, you will have to control every move of the gods as they go on a rampage to destroy cities and castles. After that, you can build fortified cities and a mighty empire. You can also play online against players from across the world. Simply put, Gods of Olympus is an amazing game like CoC and you should give it a try.

Why you should try it: Brave Conquest is a fun-filled strategy game like Clash of Clans where you have to manage and protect your own Kingdom from neighboring enemies. You can also attack any time and seize the throne of your opponents and became the greatest landlord of the world.

The best part about this game is that it has unique buildings, farms, and resources which you can unlock with in-game rewards. Further, you can grow your army, add new features like spellwork, and build castles.

There is also a tinge of mystery in this CoC-like game. Go through the lush jungles and scale the highest peaks to find the lost wonders and rare treasures. You can use these treasures to become a legendary emperor.

Why you should try it? Total War Battles: Kingdom is another great option for those of you looking for a Clash of Clans alternative that gives you more in-depth control over the map.

The game not only allows you to build and expand your kingdom, but it also gives you the option to alter the landscape by creating rivers, lakes, and mountains. Furthermore, the game offers large scale real-time battles that will keep you hooked for a long time.

Why you should try it: Castle Clash is entirely like a Clash of Clans clone but this game offers a little bit of uniqueness in terms of multiplayer. It lets you get together with your friends and take on the epic bosses.

Train powerful soldiers or get mythical minions to fight for you, it all depends on you. build your fortress and use your defenses to protect your base against enemy attacks. If you have been wanting to try out something a little bit different then this is the perfect game for you. It keeps you in the genre but provides you with a different experience.

Why you should try it: While PvP battles in Clash of Clans require you to attack another player’s base without facing much active resistance from them during the attack, PvP battles in Rise of Kingdoms are more dynamic and allow players to actively defend their base. 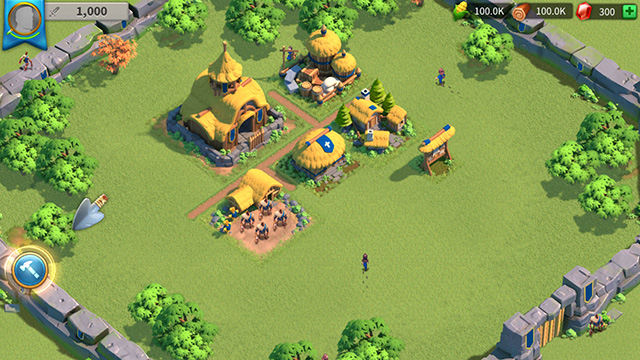 Furthermore, the game features a persistent open world which is inhabited by both players and non-player characters at the same time. You can choose from eight unique civilizations, explore the land, establish your kingdom, make alliances, and take down enemies all in real-time.

Q. What Other Games are Like Clash of Clans?

There is a range of games like Clash of Clans. Some of the popular ones are Boom Beach and Dawn of Titans. We have curated a list of 12 games like CoC so go through the list for more exciting strategy games.

Q. Which Game is Better than Clash of Clans?

Q. Why is CoC the Best Game?

CoC is considered as the best strategy game because it revolves around the idea of creating, fortifying, and defending the base from intruders. Also, Clash of Clans allows you to fight against NPC goblins which gives it a significant edge over other similar games.

Q. Which is Better: Boom Beach or Clash of Clans?

I would say Clash of Clans is better than Boom Beach because CoC has a much active and larger community than Boom Beach. Also, there is no concept of clans in Boom Beach which makes it less strategic and engaging than CoC.

Clash of Clans Type Games Curated for You

Once you’ve downloaded and started playing any one of these games then you will totally forget about Clash of Clans. These games are amazing and give Clash of Clans a good run for its money. If you want to change your taste in the strategy genre but want to play something similar then these are the perfect games for you. Choose one that you prefer the most and start playing it for maximum fun and enjoyment. Also, if you think we missed some awesome games then feel free to mention them in the comments below.