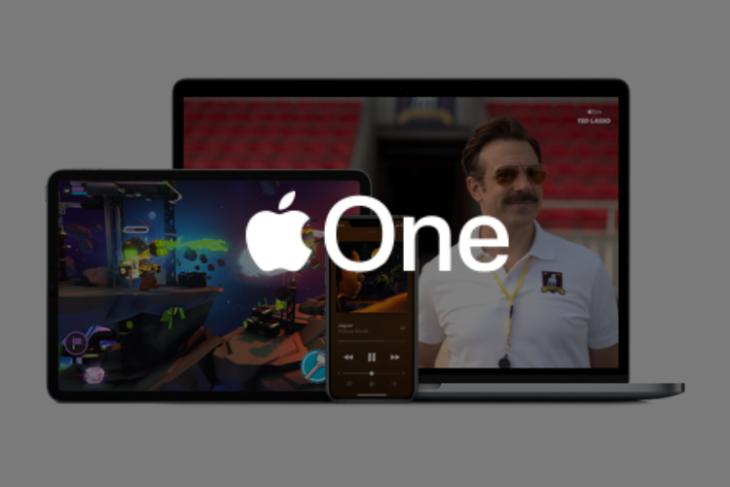 Apple combined all of its premium services into one mega bundle and announced the Apple One subscription plans earlier last month. It was unveiled alongside the Apple Watch Series 6 and Watch SE, priced starting at just Rs. 195 per month in India. This subscription services bundle is now set to officially launch on 30th October, i.e today.

Apple Chief Financial Officer Luca Maestri revealed to Bloomberg that the Apple One subscription service will go live today. This subscription service, for those unaware, is going to provide you access to a myriad of Apple services, including Apple TV+, Apple Music, Apple Arcade, and iCloud storage, at an even affordable price.

For Rs. 195 per month, as I mentioned above, you will get access to Apple Music, TV+, Apple Arcade (the company’s game subscription), and 50GB of iCloud storage. If your family is locked into the ecosystem, then you can go for the higher Rs. 365 per month family subscription plan.

The Apple One Family subscription can be shared with up to five individuals and offers the same benefits as the individual subscription. It’s just that you get additional iCloud storage, 200GB, with this package. 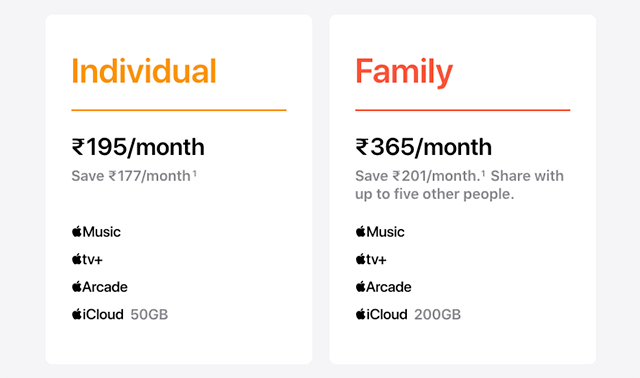 The company also offers a ‘Premier’ Apple One package in the US. It costs $29.95 per month and not only includes more iCloud storage (2TB) but also access to two more subscription services, i.e Apple News+ and Apple Fitness+. There’s a catch though.

While the Apple One subscription has been confirmed to go live today, Maestri stated that Apple Fitness+ will be arriving later this quarter. Fitness Plus, for those unaware, is the company’s digital fitness training service that takes on Peloton. It provides you access to virtual classes for yoga, cycling, core, and strength exercises among other things.

Apple One is an exciting proposition for users in India, who can choose to pay almost half the price for the same premium subscriptions.

“Apple One” Services Bundle Confirmed by Apple Music for Android