We have discussed the differences between the Series 6 and the Watch SE on the following fronts:

As far as the design of both offerings are concerned, you won’t find many differences. That’s because the Watch SE has a big retina display, with thinner bezels and curved corners like the Apple Watch Series 5 and Apple Watch Series 6. So basically, the watch looks and feels modern, and not as old as the Series 3 looks these days.

Obviously, with the new blood oxygen sensor in the Series 6, there is a design difference on the back of the Series 6 and the Watch SE.

Also different in terms of design (and honestly, build as well) is the construction material. The Watch Series 6 is a flagship smartwatch. That means you can get it in an aluminium case, a stainless steel case, and even in titanium. On the other hand, the Apple Watch SE is only available in an aluminum case.

The biggest difference between the Series 6 and the SE is the hardware they pack. The flagship Series 6 comes with the latest Apple S6 SiP. On the other hand, the Apple Watch SE comes with the S5 SiP from the Series 5. According to Apple, the S6 is 20% faster than the S5, so right out the gate, there will be a slight performance discrepancy between the two Apple Watches.

That said, I’m using the Apple Watch Series 5 with watchOS 7 beta right now, and it’s really fast. Obviously a 20% increase over that will be mind blowing in terms of speed, but it just goes to show that the S5 is completely capable and the Watch SE will not feel slow or sluggish by any means. Obviously, I haven’t used the Watch SE yet, so I can’t be certain about its performance, but based on my experience with the S5 SiP, I think the Watch SE will be just fine.

Apart from the SiP, both the watches feature the Apple W3 wireless chipset, however the Series 6 also brings in the U1 UWB chip that’s also present in the iPhone 11 series.

Then there are the sensors. As I mentioned in the previous section, the Watch SE doesn’t have the ability to measure blood oxygen levels. That’s exclusive to the Apple Watch Series 6 thanks to its new sensor.

However, there’s more, the Apple Watch SE doesn’t have ECG capabilities either. It does have an optical heart rate sensor, same as the Series 3, but that’s pretty much it for heart health on the Watch SE.

Other than that, both watches have an altimeter, next-gen speaker and mic, compass, and the option for GPS-only, or GPS+LTE connectivity.

So the display on both these watches is pretty much the same, but there is one big difference.

So, both the Series 6 and the SE come with the same retina display that’s 30% larger than the one on the Series 3. What’s more, both these displays are LTPO OLED displays. However, the big difference is that the Watch SE doesn’t feature an always-on display.

This is a bummer, honestly. There’s no reason for the Watch SE to not have the always on display. It features the same processor as the Series 5 (which features an AOD), and it has an LTPO display, which is what Apple claims was used in the Series 5 to bring AOD to life without hurting battery life. Clearly, this is a play from Apple to get more people to spend extra money and get the Apple Watch Series 6, if not for the new sensors, then atleast for the always on screen.

Apple claims that the battery life on both the Series 6 and the Watch SE is the same, at 18 hours of use on a single charge. Both the watches charge via Apple’s proprietary magnetic wireless charger, and neither of the watch will ship with a USB wall charger, so make sure you have your own to spare.

Plus, for anyone looking for an even more affordable option to get, the Series 3 is still on sale at $199.

While I was expecting Apple to introduce the Apple Watch SE with the bare essentials and replace the Series 3, it seems the company has opted to offer more variants across price points. That’s a valid market strategy for sure, because there’s now another option between $199 and $399 for people who don’t want to own an old-looking Apple Watch but don’t want to spend $400 on a smartwatch either.

If you’re wondering which one is better, obviously the flagship is the best one there is. However, the Watch SE makes a strong case for people looking to get their first Apple Watch. If only it had an always on display, it would be my first choice as well.

Apple Said to Be Working on a Cheaper ‘Apple Watch SE’; Could Launch in Early 2021
Partner Content 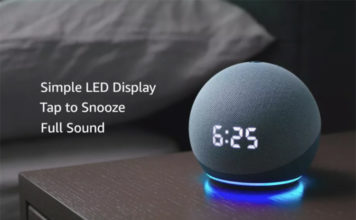 At its fall hardware event today, Amazon has unveiled the latest improvements it has made to its smallest, probably most popular smart speaker —...
Akshay Gangwar - Sep 25, 2020 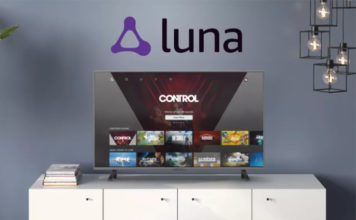 Google Pixel 5 Official Renders and Specs Leaked in Its Entirety

Google is scheduled to unveil the Google Pixel 5, along with the Pixel 4a 5G, exactly a week from now. The company has itself...
Anmol Sachdeva - Sep 23, 2020

Mukesh Ambani's Reliance Jio took the country's telecom space by storm when it launched a few years ago. Now, it seems the company is...
Akshay Gangwar - Sep 22, 2020