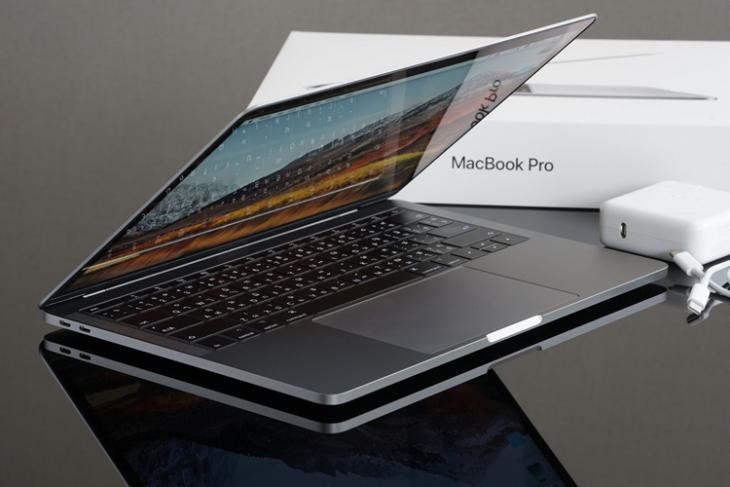 WWDC is usually dedicated to software, but Apple announced a number of new hardware products at the event last year, including the iMac Pro, upgraded iMac desktops, new MacBooks, a couple of new iPads, and of course, the Siri-powered HomePod smart speaker.

This year, too, Apple is heavily rumored to take the wraps off of a few hardware products in addition to next-gen OSes for its devices.  In fact, the company is being heavily rumored to announce a new MacBook Pro that might be its most powerful laptop ever.

A recent Geekbench listing gave away some of the key hardware specifications of the upcoming device, revealing that it will ship with a hexa-core Intel Core i7-8750H CPU clocked at 2.21Ghz (with a boost speed of 4.1 GHz). It will also apparently have 32GB of DDR4 RAM clocked at 2667MHz, and run macOS 10.13.4 out-of-the-box. 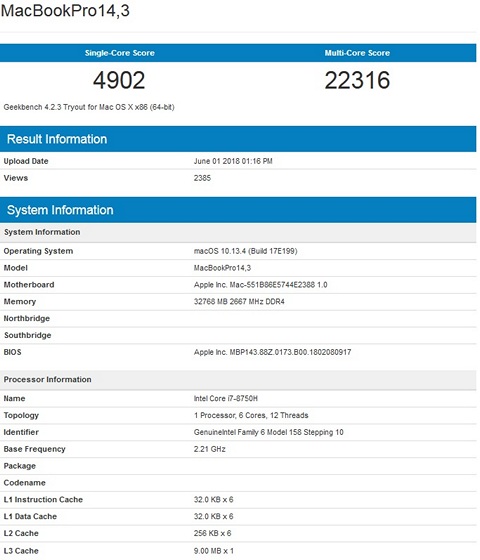 As can be seen from the included screenshot, the device is listed on the Geekbench index as “MacBookPro14,3”, and scored 4,902 in the single-core test and 22,316 in the multi-core tests on Geekbench. Not a whole lot more is known about the upcoming device right now, but if all the reports are to be believed, we may not have to wait too long to get all the dope.

In addition to an upgraded MacBook Pro, Apple is also expected to unveil a ‘dark mode’ for macOS. Developer Steve Troughton-Smith recently Tweeted a few screenshots that seemingly shows a new version of Xcode running on macOS in dark mode. The leak appeared to be a video preview intended for the Mac App Store, so it will be interesting to see whether Apple will launch video trailers for the app store at the upcoming event.

Apple’s WWDC 2018 will run from June 4 – 8 at the San Jose McEnery Convention Center in San Jose, California. The keynote, to be delivered by the company’s CEO, Tim Cook, will be on June 4 at 10 AM PST (10:30 PM IST). The company is expected to give us a sneak peak into iOS 12 at the event, and also reveal a few cool new features for its intelligent voice assistant, Siri.