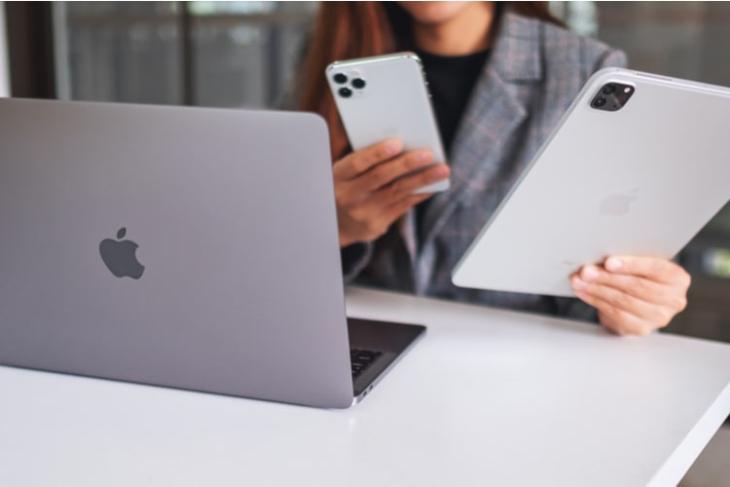 There is a reason for Apple being one of the most valuable companies in the world. The Cupertino giant manufactures a variety of hardware devices, ranging from iPhones, iPads, and Macs to Apple Watch and desktop systems, which are used by a majority of the world population. In a recent investor meeting, the company’s CEO Tim Cook revealed that Apple now has 1.8 billion active devices across the world.

According to recent reports, Apple garnered more revenue than ever during the holiday season of 2021, primarily due to the success of its newest iPhone 13 series. As a result, the company was able to add around 150 million new devices to its active-device list, taking the total number of active devices to the 1.8 billion mark.

Apple reportedly had more than 1.65 billion active devices in early 2021, which rose from 1.5 billion back in January 2020. At the time, the company became the first US organization to reach a $2 trillion market cap. Last year, the company surpassed the 1 billion mark just for its active iPhone userbase, and the 100 million mark for its active Apple Watch models. Apple counts a device as “active” as long as they have interacted with an Apple service in the last 90 days.

Now, one of the reasons for the massive uptick of Apple’s active userbase is that the company has been focusing its resources on untapped markets in recent years. For instance, the iPhone adoption in India has been off the charts in recent years as the company started putting more resources in the country. It even opened its official online store in India back in 2020, offering various benefits to customers. Going forward, the Cupertino giant is expected to further expand its reach to other markets and introduce other product lineups to cater to more customers.