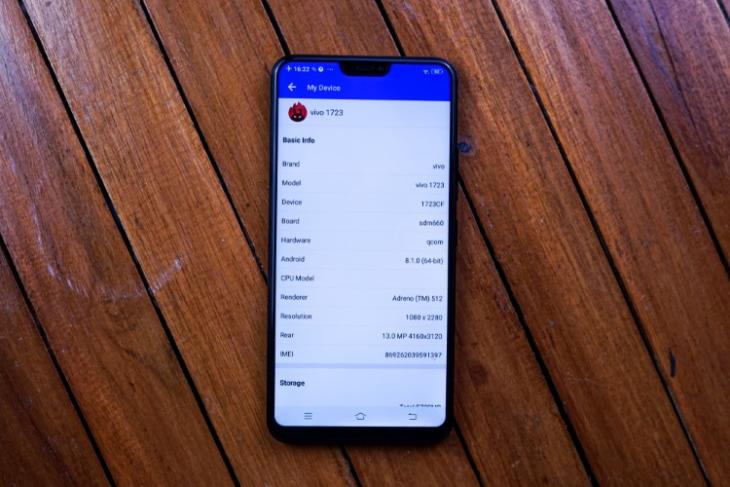 Popular smartphone benchmarking platform Antutu released the list of the top 10 best performing flagship and mid-range smartphones of November earlier this week. Let’s take a look at the smartphones that managed to make it to the list.

From a first glance, it is evident that OnePlus is dominating the flagship segment in terms of performance with 4 of its phones on the list. Leading the list is the Asus ROG Phone 2 12GB+512GB edition with an impressive Antutu score of 496662.

It is followed by the OnePlus 7T and OnePlus 7T Pro maxed-out versions with 482881 and 482532 Antutu scores respectively. Realme X2 Pro, the company’s first-ever flagship device, comes fourth with a 476185 score. 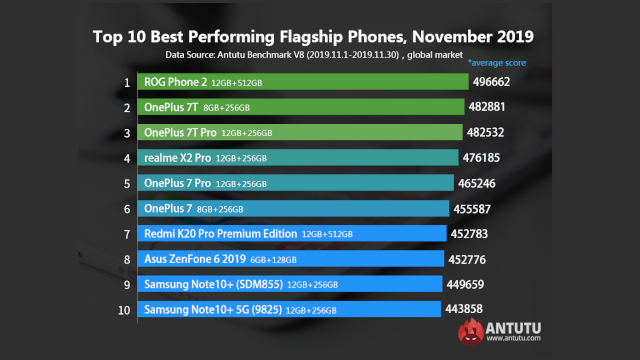 Xiaomi’s Mi 9T comes next with an Antutu score of 251491, followed by Samsung A80 with a 244168 score and Mi 9 SE with 220316 points. Other smartphones that made it to the list include Realme XT, Realme Q, Mi 9 Lite, Redmi Note 7 Pro, and Vsmart Live. Take a look at the below image for the individual scores of these devices. 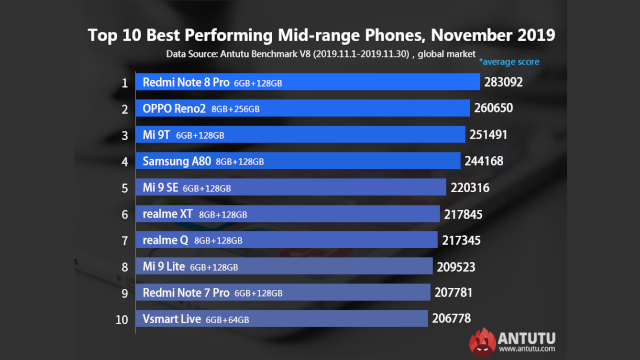 It is worth noting that all the scores listed by Antutu are an average of at least 1,000 units from the data collected throughout November on Antutu benchmark v8. So, which device on the list is your top pick? Let us know in the comments.

Samsung Takes the Top Spot as the Most Cloned Smartphone Brand: AnTuTu