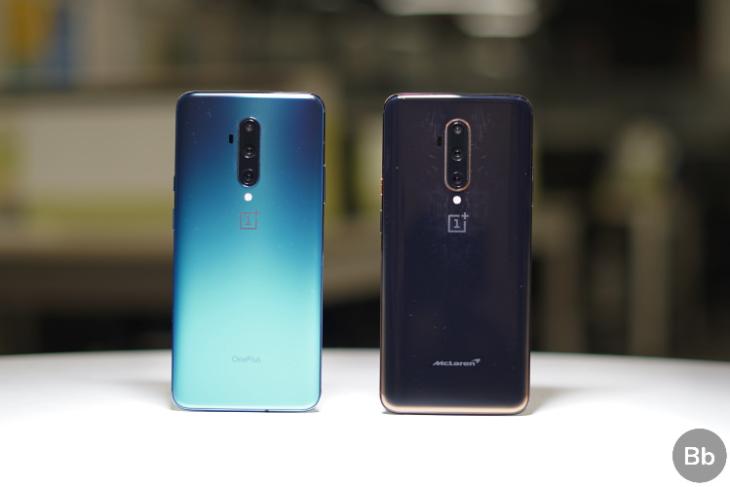 Just a couple weeks after the launch of the OnePlus 7T in India, the company has now flown to London to unveil the much-awaited upgrade for its higher-end OnePlus 7 Pro flagship. Dubbed the OnePlus 7T Pro, as expected, this smartphone is a minor upgrade over its predecessor and brings some meaningful (yet underwhelming) changes in tow.

OnePlus has not only launched the standard OnePlus 7T Pro at its event in London but carried forward its partnership with well-known automaker McLaren with the OnePlus 7T Pro McLaren Edition as well. So, without wasting any more time, here’s everything you need to know about the new OnePlus 7T Pro:

On the design front, the company hasn’t changed almost anything. You’re still getting a huge phone with curved edges, a frosted matte finish on the rear, a triple camera setup, and the same old pop-up selfie camera. There’s now a new Haze Blue color option and I mean, it’s nothing major. It’s only a little lighter shade of blue as compared to the 7 Pro. 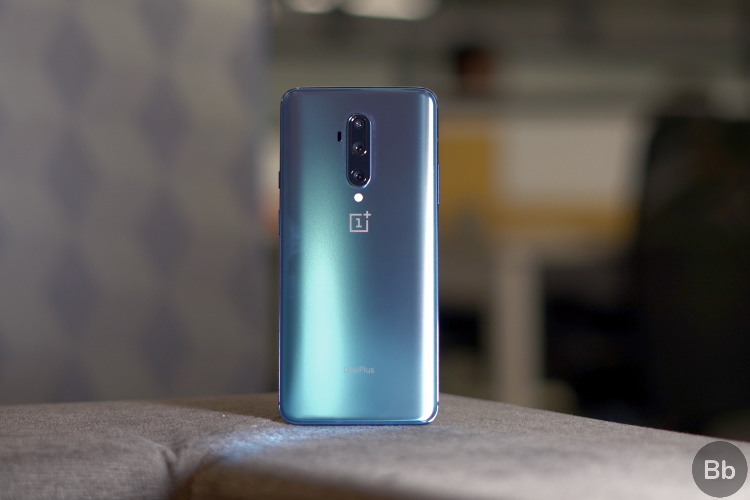 On the front, OnePlus 7T Pro still features the same 6.67-inch QHD+ Fluid AMOLED display we saw on its predecessor earlier this year. Yes, it’s exactly the same. It has a 90Hz refresh rate and a 135Hz touch sampling rate, with support for HDR 10+. We are getting a 3120x1440p resolution, peak brightness of 1200 nits, and more.

OnePlus 7 Pro suffered from a lot of complaints about accidental touches and well, we yearn for the 7T Pro to perform better since it’s an upgrade. One of the biggest new upgrades is found on the interior instead of the exterior. This smartphone comes equipped with the Snapdragon 855 Plus chipset, paired with up to 8GB RAM and 256GB onboard storage. 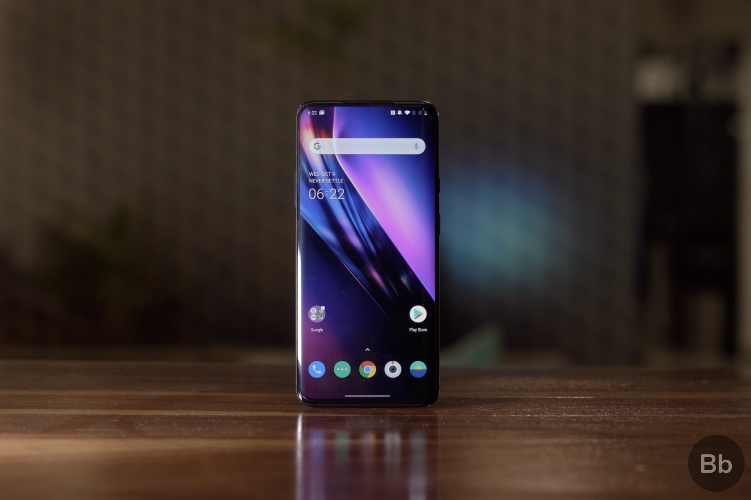 Well, another change is found on the software front. OnePlus 7T Pro, like the recently launched OnePlus 7T, comes with Android 10-based OxygenOS 10 out-of-the-box. The device packs a couple of new features like smoother animations, new Gallery app, Zen Mode enhancements, and the new gestures introduced in Android 10.

In the camera department, OnePlus hasn’t made any major changes and used the same triple camera module as the OnePlus 7 Pro. This means you have a primary 48MP Sony IMX586 sensor, a 16MP ultra-wide-angle lens, and an 8MP telephoto lens. However, the setup now comes with an added laser autofocus that helps the phone offer snappy and smoother focusing – even in low-light conditions.

OnePlus 7T Pro features a slightly larger 4,085mAh battery as compared to its recently launched predecessor. The company has upgraded the Warp Charge technology in tow, offering Warp Charge 30T, which is 23% faster. You can now fully juice up the 7T Pro in under an hour.

Alongside the standard OnePlus 7T Pro, the company has also launched a new “McLaren Edition” of its higher-end flagship smartphone. There isn’t any major difference between the two devices on the interior, but the exterior has been upgraded to match the look of previous year’s McLaren special edition phone. 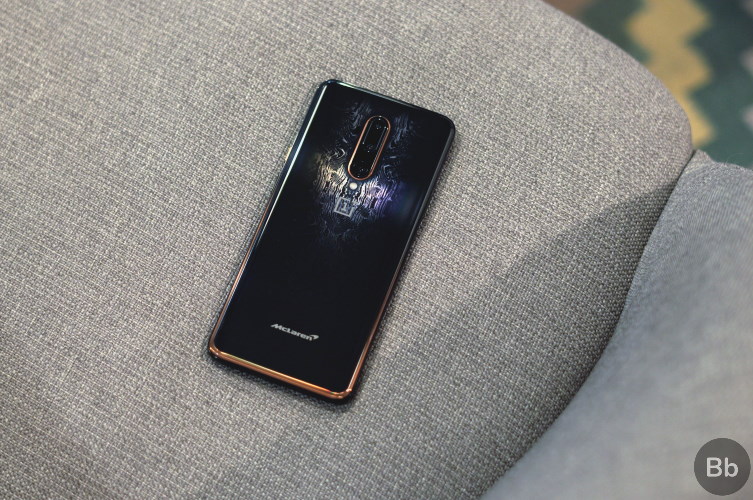 The design of the new McLaren Edition 7T Pro is inspired from the company’s well-known speed cars. The device now features the same pattern we find on McLaren’s cars but it’s more iridescent and shiny –  reflecting light to show off the rainbow colors. There’s still a Papaya Orange border all-around the rear panel of the device and it looks pretty good. It also features a Papaya Orange UI.

If you care about how the case looks, well, the protective case of the McLaren Edition 7T Pro uses Alcantara on the outside for a comfortable in-hand feel and sports a honeycomb design on the inside to create air pockets – helps in heat dissipation and shock absorption.

The standard OnePlus 7T Pro will go on sale starting from 12 October on Amazon India whereas the McLaren Edition arrives on November 5 later this year. So, excited to check out this upgrade? Share your thoughts with us in the comments below.