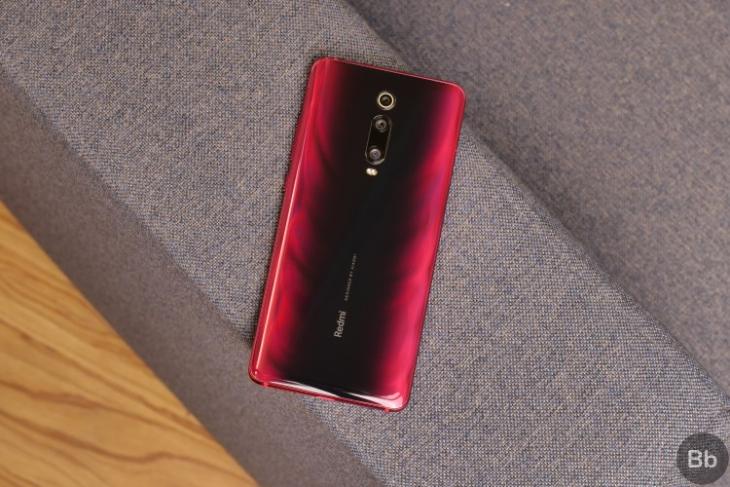 Xiaomi’s hunger for budget dominance in India took its attention away from the flagship segment in the country. The company placed a ton of focus on growing its Redmi brand name as opposed to their Mi branding, where Mi Mix 2 was the last flagship smartphone from Xiaomi to land in India. Well, we know that Xiaomi strives to go a step further than competitors and is now finally stepping back into the flagship segment with its renowned Redmi brand. The Redmi K20 and Redmi K20, which were launched in China a couple of months ago, has now officially launched in India to much hype and fanfare.

Both the Redmi K20 and K20 Pro will come in three color variants namely Glacier Blue, Flame Red, and Carbon Black. And nah, the black variant won’t get special treatment but instead will be available in all configurations.

While the Poco F1 opted for a bland plastic build for its budget flagship, Redmi K20 Pro fixes that with an all-glass build that’s more premium. The Aura design language which Xiaomi introduced with the Redmi Note 7 Pro has been carried forward with the “Aura Prime” design on the Redmi K20 Pro. This is a 6-layer design that gives off the smoke effect when it refracts light. It is protected by a 3D curved Gorilla Glass 5 on top. 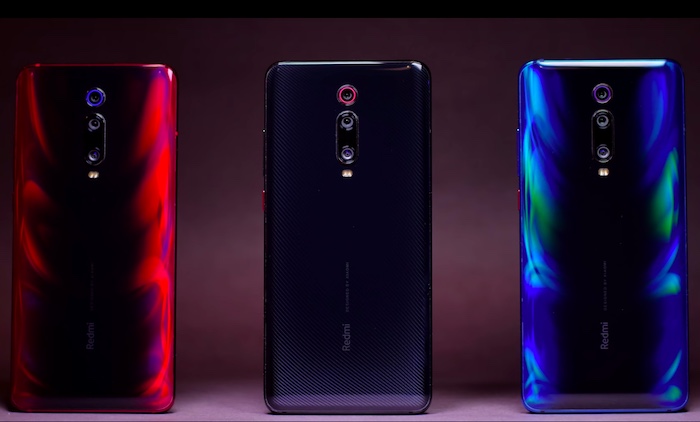 The Redmi K20 Pro features a 6.39-inch Full-HD+ AMOLED display with a 19.5:9 aspect ratio, 91.9% screen-to-body ratio, and 2340×1080 pixels resolution. And well, I believe a number of you already know there’s no notch, punch-hole, or any intrusion to disrupt your experience here. Xiaomi is calling it Horizon display and it supports DCI-P3 color gamut and HDR (with Widevine L1 certification).

The Redmi K20 Pro’s screen supports Full DC dimming, so you won’t notice any screen flicker on this flagship device. Also, physical fingerprint scanners are quickly becoming obsolete and Redmi K20 Pro follows the trend with a seventh-generation in-display fingerprint sensor onboard. It has a 15% larger detection area and improved success rate as compared to previous-gen sensors. 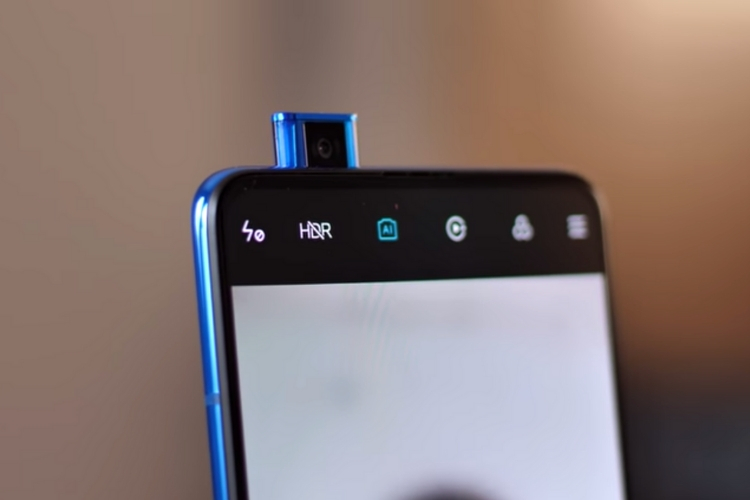 You get an almost bezel-less fullscreen experience, with a pop-up camera mechanism that Xiaomi claims to be good for 300,000 ejections (which means it will be good for 100 selfies per day for 8 years). It takes 0.8 seconds to open, which is kind of slow when it’s compared to other pop-up cameras out there. The 20MP sensor in the pop-up selfie module supports Face Unlock and has LED lights baked into the same – with a small circular notification light at the top. I’m not the biggest fan of the implementation but it serves the purpose.

Since it’s a flagship, the Redmi K20 Pro is obviously powered by the Snapdragon 855 chipset to offer a smooth and powerful day-to-day experience. This is paired with upto 8GB RAM and 256GB storage. It runs MIUI 10 based on Android Pie out-of-the-box, with Game Turbo 2.0 in tow. This enables you to tweak the display brightness for better visibility in night mode, improved touch and network latency, and more. 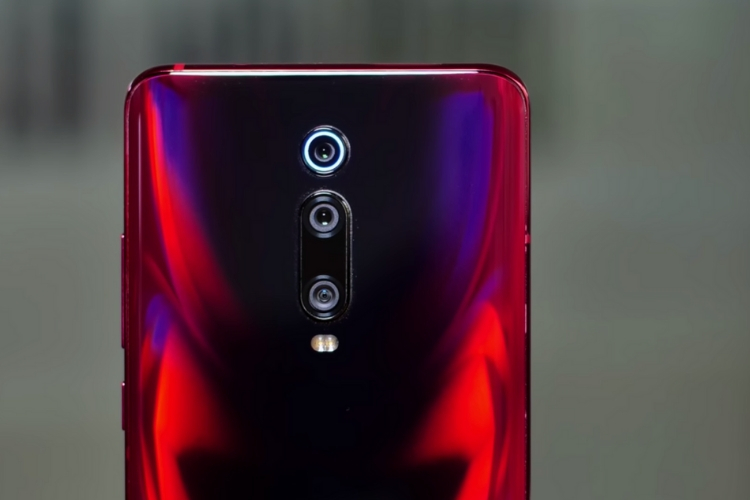 Coming to the cameras, Xiaomi is offering a complete range of experiences via a triple camera setup including the popular 48MP (f/1.75) IMX586 primary sensor, 13MP (f/2.4) ultra-wide-angle lens with 125-degree FOV, and an 8MP (f/2.4) telephoto lens. So, you have the choice to click a standard, wide-angle, and 2x zoom shot. It supports 4K video recording at 60fos via all the three lenses, Google Lens integration, AI Skyscaping, and 960fps slow-mo video recording.

In addition, Redmi K20 Pro brings Hi-Fi audio support, a 3.5mm headphone jack, and a massive 4,000mAh battery with 27W charging support via the USB Type-C port. Xiaomi covered all its bases on the connectivity front, except for MicroSD card support that has been nixed It has dual-frequency GPS and p2i splash-proof coating as well.

Alongside the Redmi K20 Pro, Xiaomi has also launched its mid-range Redmi K20 in the country as well. There isn’t a lot of difference between these two Redmi K-series phones. They both look and feel exactly the same, pack similar hardware features, and a pop-up camera on the front and triple cameras on the back. So, where do they differ? 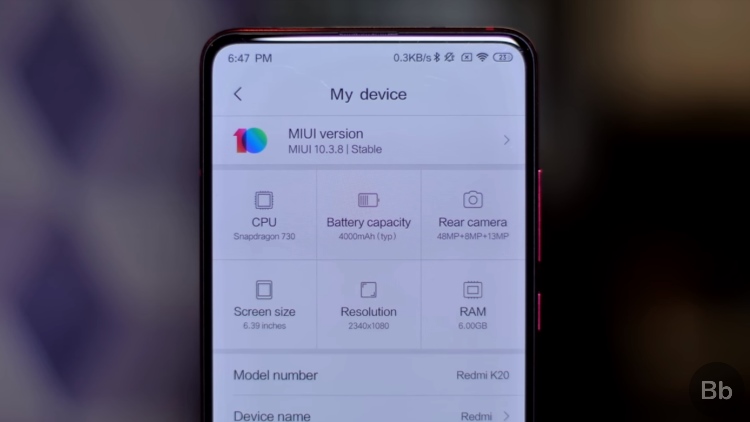 Well, Xiaomi trades out the Snapdragon 855 aboard the Redmi K20 Pro for the recently launched Snapdragon 730 chipset with the Adreno 618 GPU in tow. Apart from this, the primary Sony IMX586 sensor has been swapped out for a Sony IMX582 sensor. This is a 48MP sensor as well, but it doesn’t support 4K@30fps video recording.

Another minor downgrade with the Redmi K20 is that it supports 18W fast charging as compared to 27W charging available on the flagship sibling. And, that’s pretty much it. There’s your new Redmi K20 series and both the phones look pretty amazing. What are your thoughts on both of these devices? Let us know in the comments below.