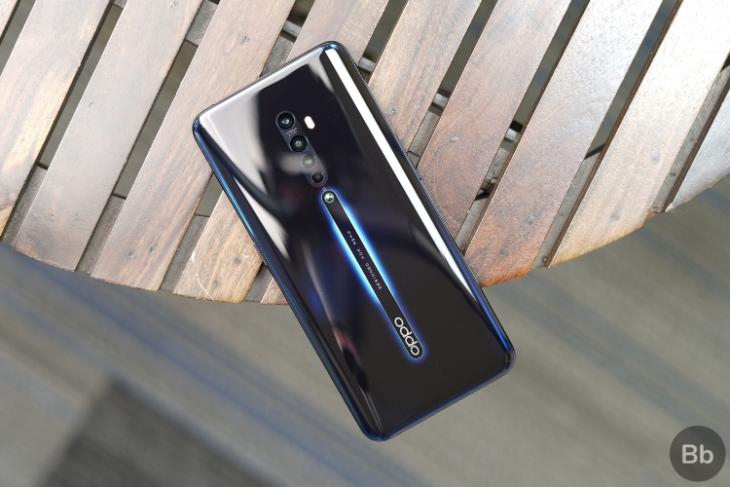 The Oppo Reno lineup kicked-off earlier this year to rival the zooming capabilities of the Huawei P30 Pro, offering a periscope telephoto camera with up to 60x digital zoom. The smartphone was priced attractively and became one of the most desirable flagships. It’s only been a good four months since the Oppo Reno 10x Zoom’s arrival in India and well, Oppo Reno 2 series was today launched in India.

I know many of you may be bewildered by the Oppo Reno 2 name because of the specs, but it’s on point. This smartphone is an upgrade over the standard Oppo Reno, which is known to have arrived alongside the 10x Zoom variant with the Snapdragon 710 chipset onboard. So, let’s check out everything we need to know about the Oppo Reno 2:

Oppo Reno 2 has been priced at Rs. 36,999 for the singular 8GB RAM and 256GB storage variant, which is a reasonable price for this smartphone when you’ll take into account the number of features packed into it.

Oppo Reno 2 will be available in two attractive color variants, namely Luminous Black (the variant you see in images attached here) and Ocean Blue. The smartphone will be up for pre-order from 10th September, with sales starting from 20th September, on Flipkart, Amazon and other online retailers.

Oppo Reno 2 carries forward the premium glass build of the original Reno, with Gorilla Glass 5 protection and a 3D curved design for a better in-hand feel. The quad-cameras continue to sit flush with the rear panel, with the ceramic O-dot protecting it from any scratches when placed on a flat surface. The new gradient effects have been achieved using a double-layer nano vacuum plating process, offering an iridescent ribbon at the center. 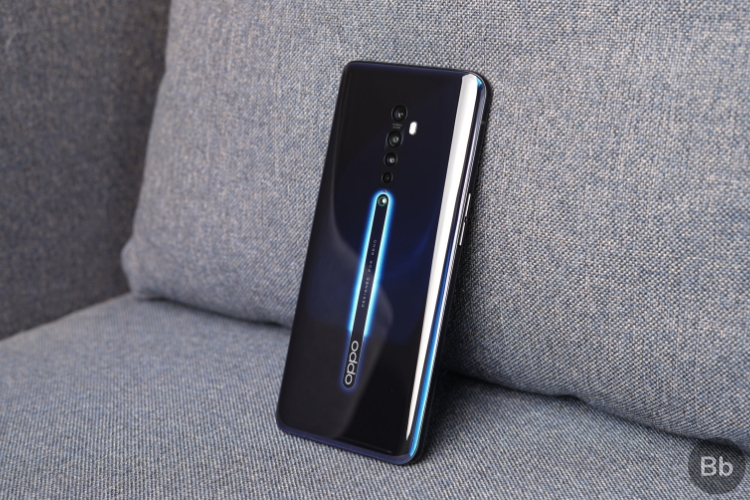 On the front, Oppo Reno 2 sports a 6.55-inch Dynamic AMOLED screen, with 93.1% screen-to-body ratio, 2400 x 1080 pixels resolution, and Gorilla Glass 6 protection on top. While the original Reno housed a waterdrop notch, the company is now offering the same shark-fin rising camera mechanism with a 16MP selfie camera (with soft flashlight) as the Reno 10x Zoom variant on this successor.

The Oppo Reno 2 has gotten a major upgrade under the hood. It’s now powered by the most powerful mid-range chipset – the Snapdragon 730G, coupled with 8GB of RAM and 256GB internal storage. The smartphone runs ColorOS 6.1, based on Android 9 Pie and we already know that it brings along a number of cool features in tow. 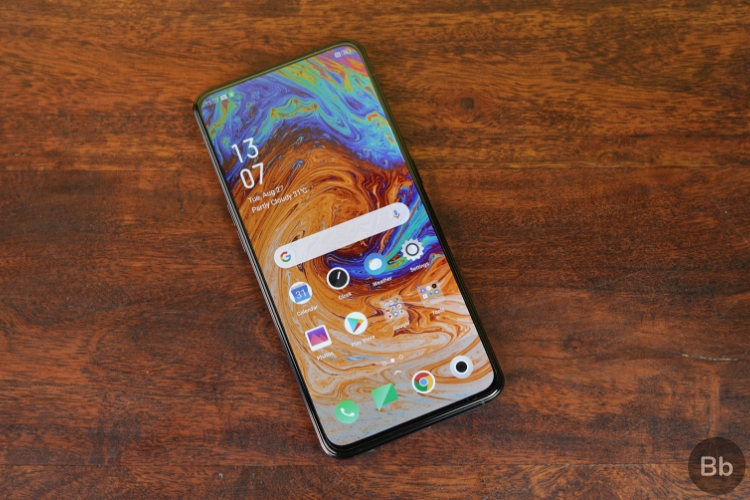 In the camera department, Oppo Reno 2 is outfitted with four rear cameras. This includes the primary 48MP Sony IMX586 sensor (with OIS+EIS support), coupled with a 13MP telephoto lens, an 8MP ultra-wide lens with a 116-degree FOV, and a 2MP monochrome lens for capturing added details and crisp shots. The telephoto lens onboard features 2x optical zoom, along with 5x hybrid zoom, and up to 20x digital zoom capacity. The latter uses Oppo’s image fusion technology to ensure a smooth and seamless zoom transition.

In line with the myriad of teasers and leaks, Oppo Reno 2 includes a myriad of camera features such as the ultra-dark mode, ultra macro shot using the ultra-wide lens, ultra steady mode for uber-stabilized videos (thanks to hybrid image stabilization at 1080p @ 60fps), video zoom supporting 20x digital zoom. 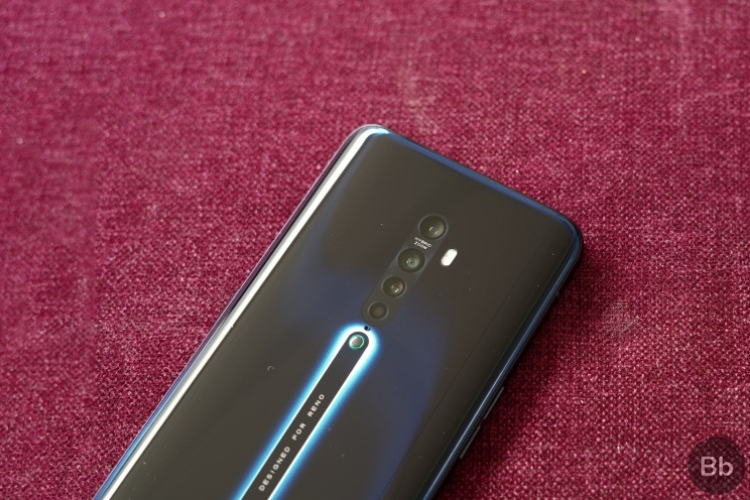 The smartphone comes equipped with a 4,000mAh battery (which is now becoming the norm in today’s phones) for prolonged usage. There’s 20W VOOC 3.0 fast-charging support onboard, which is another selling point for Oppo smartphones except for their camera prowess. All of your essential connectivity features are available as well, which sounds great.

As you can obviously see, Oppo Reno 2 is not exactly an upgrade to the flagship Oppo Reno 10x Zoom. Instead, it replaces the standard Oppo Reno with the touted zooming capabilities of its elder sibling, shark-fin rising camera, and a powerful new chipset. So, what are your opinions on the new Oppo Reno 2? Looks stunning and worth picking up? Tell us in the comments section down below.

OPPO Reno 2: 5 Things That Make It A Great Buy