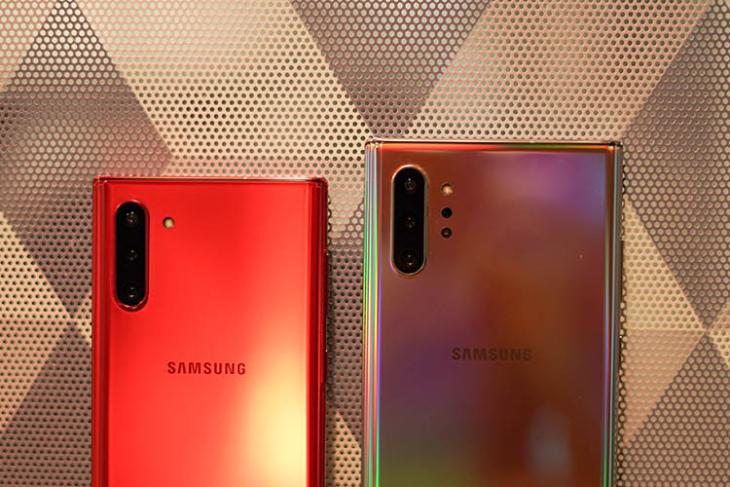 Less than two weeks after unveiling the Galaxy Note 10 and Note 10+ at a glittering ceremony in New York, Samsung has launched the two devices in India. The devices are expected to go on sale in India from August 23. Both the models will be offered in Aura Black, Aura Glow and Aura White color options, while the Note 10 will also have an additional Aura Red color variant.

While the Note 10 has been priced starting at Rs. 69,999 for the 8GB RAM + 256GB model, the Note 10+ starts at Rs. 79,999 for the 12GB of RAM and 256GB version. Launch offers include a cashback of Rs. 6,000 when using HDFC credit/debits cards at brick-and-mortar retailers and ICICI credit/debit cards on Amazon, Flipkart, Paytm Mall and Tata Cliq.

The Galaxy Note 10 features a 6.3-inch Full HD+ Dynamic AMOLED Infinity-O display, while the Note 10+ comes with a massive 6.8-inch QHD+ panel of the same description. However, while the standard Note 10 sports a triple rear camera set-up on the back, the larger model incorporates a quad-cam module. The Indian versions will be powered by the Exynos 9825 SoC, and Samsung has also added S-Pen handwriting recognition support for four Indian languages.